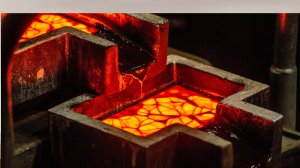 Acquisitive junior Chaarat Holdings has struck a deal to buy the Kapan polymetallic mine, in Armenia, from fellow-London-listed Polymetal International for $55-million and has been granted an exclusive right to consider its other interests in the south-eastern European country.

Announcing the transaction, which had been rumoured in the market, Chaarat said on Tuesday that Kapan would accelerate its transformation from a developer to a producer.

“It turns the company cashflow-generative in a single step, and demonstrates Chaarat’s ability to execute deals quickly, diligently and on accretive terms,” said CEO Arterm Volynets.

The mine, which is the smallest and highest-cost operation in Polymetal’s portfolio, produced 50 000 oz of gold equivalent (GE) in 2017, generating earnings before interest, taxes, depreciation and amortisation of more than $20-million.

Polymetal CEO Vitaly Nesis said that the sale fitted with its strategy to focus on large long-life projects, noting that Kapan represented only about 3% of the group’s ore reserves.

Polymetal acquired Kapan in April 2016 for $38-million. The transaction is expected to result in a $3-million accounting profit for the company, which it plans to use to reduce debt.

Polymetal also granted Chaarat, which has a staged merger and acquisition strategy, an exclusive right for a period of six months from completion and a right of first refusal for a period of 12 months upon expiry of the exclusivity period in relation to Polymetal's other interests in Armenia, including the Lichkvaz deposit.