Cash-pumping but lossmaking Wescoal to broaden from coal to energy

Cash-pumping but lossmaking Wescoal to broaden from coal to energy 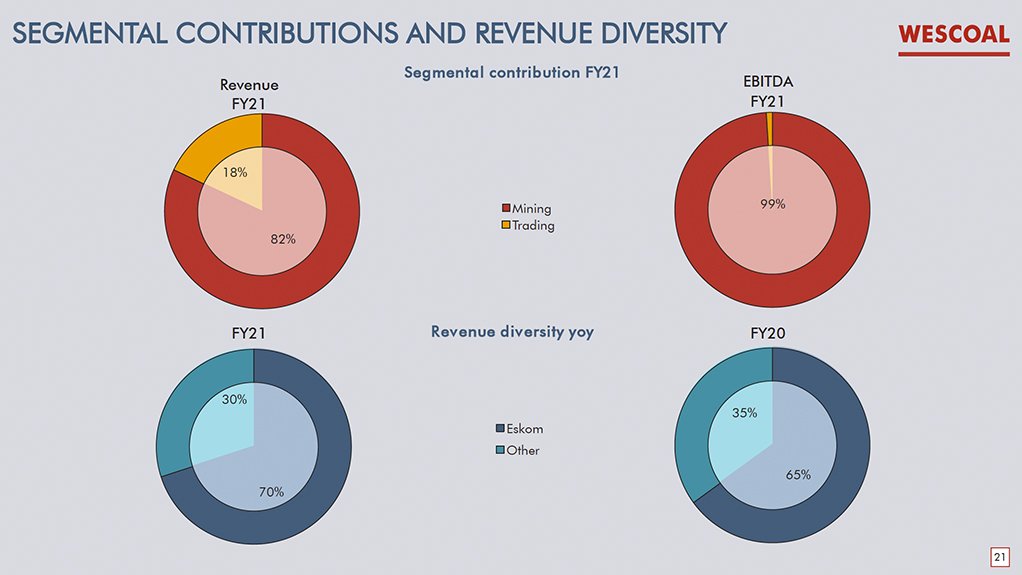 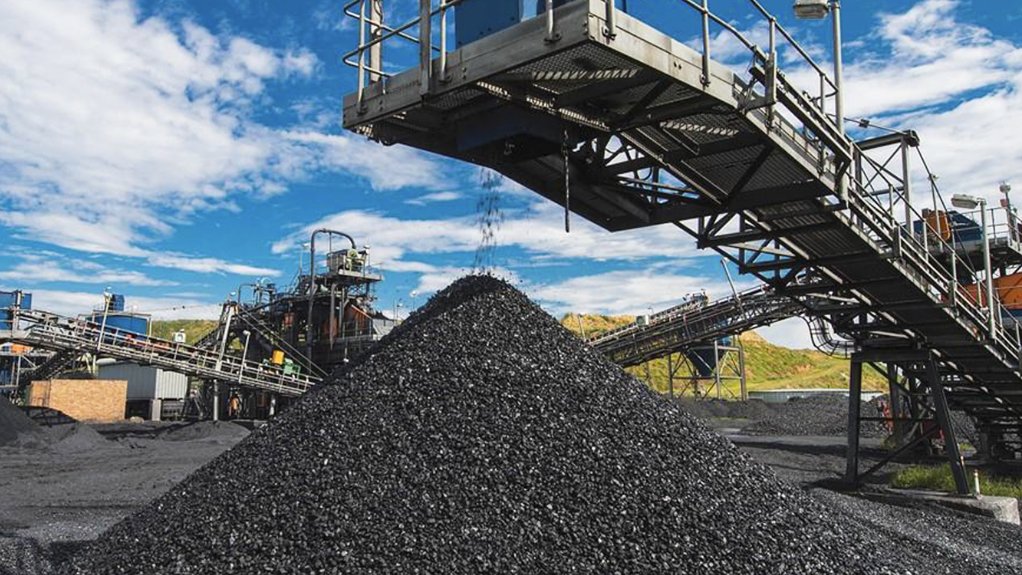 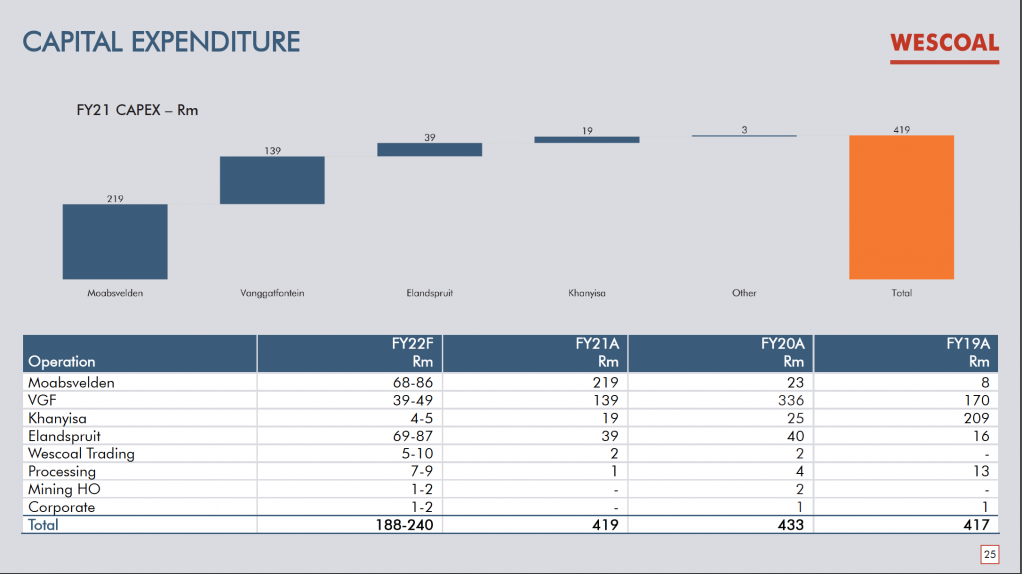 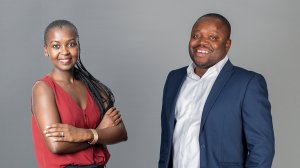 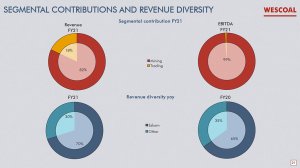 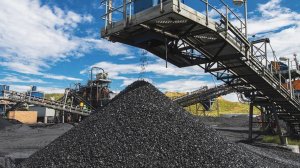 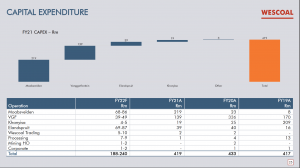 JOHANNESBURG (miningweekly.com) – Johannesburg Stock Exchange-listed coal-mining company Wescoal, which narrowed its losses in the 12 months to the end of March, is transitioning from being a coal miner to a broader energy company.

“Towards the end of the new financial year, we will come back to the market in terms of our overall focus and firm strategic plan on how we plan to take a broader energy role forward,” Wescoal CFO Jubilant Speckman said on Friday. (Also watch attached Creamer Media video.)

Speaking to Mining Weekly in a Zoom interview, Speckman spoke of renewables and cleaner forms of energy being part of the envisaged diversification.

In a 14-page booklet entitled ‘Laying the foundation to grow sustainably', Wescoal nonexecutive chairperson Dr Humphrey Mathe and interim CEO Robinson Ramaite state that the company’s strong environmental, social and governance (ESG) platform will be underpinned by a strategy review of Wescoal, as the company is re-imagined and transitions from being a coal miner into an energy company. Remaining a focus for the group, as this transition takes place, will be maintaining production capacity by operationalising life extension projects and ensuring the optimum capital structure.

Wescoal has five operating coal mines after delivering the first coal from Moabsvelden, the company’s greenfield project, in March.

Operational performance in the 12 months to March 31 resulted in steady coal production across all the operations within the group, with Moabsvelden helping the group record its highest annual production of 7.7-million tons run of mine (ROM) in the period.

The 28% increase in production compared to the prior period was the result of improved operational performance driven by the significant capital invested in the operations and the reduction of operational interruptions that impacted performance in prior years.

“Operationally, I’m proud to say that Wescoal has got its mojo back. We’ve gone through two years of turbulence, especially the performance at Vangatfontein (VGF), and in the last financial year we have resolved most of the issues, as we can see with the performance from VGF, where our production is 50% up in this financial year,” Wescoal CEO Mining Thivha Tshitavane told Mining Weekly. (Also watch attached Creamer Media video.)

“We are focusing on stability in the coming year and our main focus is to bring Moabsvelden into full production. We have started up coal production at Moabsvelden at the end of March and we are ramping that up to 200 000 t/m,” said Tshitavane.

“We want to see Moabsvelden at the end of the financial year running at full capacity of around three-million tonnes a year and obviously we want to get the company back to profitability so we can start rewarding our loyal shareholders who haven’t seen dividends from Wescoal in the last two years,” he added.

On looking at broadening the energy offering beyond coal, Speckman said: “There are pressures from various factors in order to diversify internally and externally. There is international pressure as well on funding coal-mining operations. We are really still at the feasibility stage in the process of evolving Wescoal into more of an energy company and that’s really the first stab at this by the business.

“We would really like Wescoal to return to profitability,” and that is the message that the company sent on Friday in significantly narrowing its losses in the 12 months to March 31.

“What I’d like to get across is that Wescoal can generate cash. Our operations have generated R773-million of cash in the period. Even though we have made a bottom line loss, but if you have a look at cash generation, we’ve been able to generate the cash to fund the business in terms of its operations and also to expand,” Speckman emphasised.

“We are undervalued and what will unlock true value are dividends. We need to return value to shareholders, which we haven’t done for the last two years. I believe that will be the key to unlocking value,” she added.

Sales of 7.9-million tons were higher than in the previous financial year but below the internal target.

“What we focused on and how we narrowed the loss in the year was to control costs. We’ve got a couple of initiatives internally and also changing the internal culture on expenditure and really focusing on business essential needs.

“We’ve also gone out and got local mining contractors at all our operations to renegotiate their rates. In the new financial year, we also followed he same strategy on our beneficiation contracts. We’ve now got a global contractor all across.

“The message we are sending, which is in line with our three strategic pillars is really on returning Wescoal to profitability after the year which we had last year, which was unfavourable,” said Speckman.