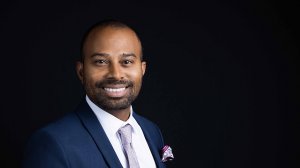 JOHANNESBURG (miningweekly.com) – Canadian junior exploration company Tantalex Lithium Resources, which is developing tin, tantalum and lithium projects in the Democratic Republic of Congo (DRC), is looking to raise $15-million in capital early next year for the further development of its lithium assets.

Tantalex is developing three projects in the DRC’s Manono region, in Tanganyika province, and is intent on ensuring operational cashflow positivity in 2023 to highlight the operational success of its 120 people on the ground in Africa ahead of the capital raise.

The Canadian Securities Exchange- and the Frankfurt Stock Exchange-listed Tantalex is intent on getting the Lubule tin and tantalum project into production as quickly as possible.

Its three projects are:

AfriMet Resources AG, which has to date invested roughly $16-million in Tantalex, is now, as the biggest shareholder, looking to develop the projects with Tantalex, which has:

Generating the early cash flow will be Trafigura’s offtake of Lubule’s 1 400 t of tin concentrate and 220 t of tantalum concentrate a year.

Some 10 000 m of drilling has been done across the Manono tailings projects' dumps, with a mineral resource estimate expected this year and a prefeasibility study (PFS) in Q1 of next year. An additional 2 000 t of that resource has been elevated into the measured category, with the rest in the inferred category.

The greenfield exploration project, southwest of the tailings project, has 25 km of strike, where 8 000 m of resource-defining reverse circulation drilling and 9 000 m of diamond drilling are planned, adjacent to the lithium reserve of the Sydney-listed exploration company AVZ Minerals.

Mining Weekly: How and why did AfriMet Resources AG come to be a major shareholder and supporter of the projects?

Natus: In 2016, while I was still ex-Marc Rich, we were looking at the area, mainly around tin and tantalum. We had mapped all the lithium-cesium-tantalum – LCT – pegmatites in the region, and when I got the opportunity in 2019, I was looking for a company that held assets in that region. We stumbled across Tantalex Lithium Resources. They had the corporate office in Canada, unfortunately not a big presence in the Congo itself. We have 120 staff in Africa, so we basically joined up with Tantalex because we had, let's say, the on-the-ground knowledge and the expertise and the people, and they had the shell company in Canada.

Mining Weekly: What are your production and development plans?

Natus: I want to get the Lubule tin and tantalum project into production as quickly as possible. It will get us cashflow positive in 2023 and show the market that we have the knowledge, the know-how, and people on the ground to bring something into production in the DRC. Regarding the tailings project, we’ve done an additional 2 000 m, so 12 000 m in total, on dumps K and dump G, where the values are very good. There have been great intersections and we think we can put together a PFS around 15.5-million tons with roughly 0.8% to 1.1% lithium oxide – Li20. If we can get that into a PFS stage by Q1, we can then go out to the board and discuss agreeing to raise capital, which we plan to do. The idea is to get Lubule up and running and carry on with exploration in the southwest pegmatite corridor. That budget is in place. We have the cash and the funding already for that and we’re moving forward with the tailings project as quickly as possible. We want to be in production within the next three years on the tailings to produce a lithium product, a spodumene concentrate six – SC6. It will be very easy to mine. There's no strip ratio, very low mining cost. There are a few issues with the power and infrastructure, but because we are operating there already as AfriMet, we do know our way around the region pretty well, so we’re confident we can bring a product to market very quickly.

Mining Weekly: How much will be needed to turn these projects to positive account?

Natus: We’ve got the $3-million funding for the exploration of southwest. We have an agreed offtake with Trafigura on the tin concentrate, and there we’re looking at a $5-million prepay, so that in total is $8-million. What we want to get to in Q1 next year is an equity raise to give our company valuation. We’re looking for $15-million in Q1 next year. That should get us through all the development to definitive feasibility study – DFS – stage on the tailings, and get a lot more drilling done on the southwest corridor and bring that into a resource.

Mining Weekly: Who is showing interest in what Tantalex is doing in Africa?

Natus: We have a lot of interest. We've been very clear on our strategy. We have not allocated any of the lithium units to anyone. What we would like to do is to prove ourselves in the region, get cashflow positive, define the resource on the tailings, do more on the southwest corridor, and then go out and look for a partner to support us on the lithium development. We know that lithium is the hot topic in the market today, and we believe we’re sitting on a wonderful resource. At the moment, partnership wise, I can mention Trafigura is in on the tin. They are looking at other elements as well. We've been talking to numerous people which I unfortunately can’t mention right now, but there's lots of interest around our project, and I don't see us having a lack of interest in Q1 next year.

Mining Weekly: What should be the main takeaway from this interview?

Natus: For the audience to recognise that we are a company that operates in the DRC. We have people, we have knowledge, we have expertise, and we’re going to develop this project. This is not a play to raise capital. We are operating in the Congo. We are developing the assets. We are showing the market that we can operate in the DRC successfully and that we are going to produce lithium and be one of the first producers in the DRC.

The Manono and Kitotolo pegmatites, or MK pegmatites, are reportedly classified as LCT pegmatites and historically defined as among the largest worked pegmatitic deposits of spodumene, tin and tantalite.

The historical Manono-Kitotolo tin mine reportedly produced 140 000 t to 185 000 t of tin and 4 500 t of coltan concentrate from the pegmatites many years ago, but the lithium contained in the pegmatites was never exploited. Instead, it was discharged on to waste dumps. The area’s tailings concession is reportedly made up of close to a dozen dumps spread across the 13 km strike from the historical mine, which takes in Manono in the northeast and Kitotolo in the southwest, separated by a section around Lake Lukushi.