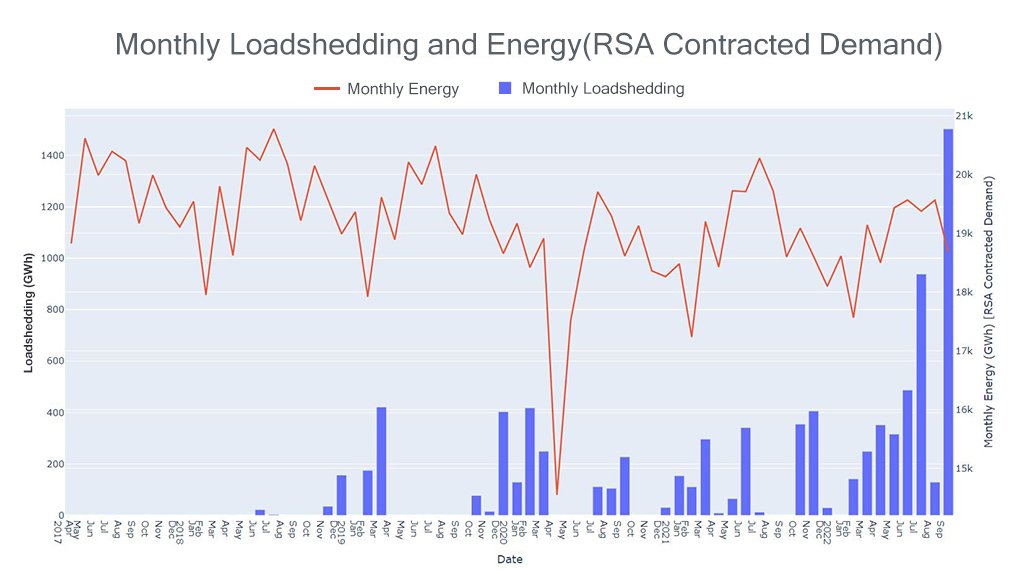 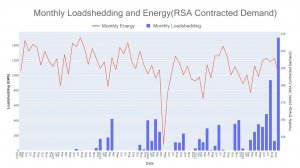 Eskom data has confirmed that South Africans endured their worst-ever month of load-shedding in September 2022, with a total of 1 503 GWh estimated to have been shed and with 572 hours of the month’s 720 hours directly affected.

Analysis by Eskom Research, Testing and Development’s Dr Ulrich Minnaar also shows that, besides 2021, there were more power cuts in September than had been experienced in any other entire year since load-shedding started in 2007.

For the year to October 5, an estimated 4 115 GWh has been load-shed, which is materially worse than the 1 776 GWh shed in 2021, which previously held the unhappy distinction of being South Africa’s most intensive load-shedding year.

The country’s next worst month was July 2022, when 397 hours were affected by rotational power cuts and 938 GWh was shed.

“We have had load-shedding at higher levels (Stage 4 and up) for extended periods,” Minnaar explains.

The period from September 6 to October 6 was also the first time that Eskom had implemented load-shedding continuously for 30 days, and with cuts having been confirmed until at least Saturday October 8, that unfortunate record will be broken too.

Therefore, he anticipates that the economic data for the third quarter, covering July to September, will be significantly impacted by load-shedding when compared with the previous quarter, during which power cuts were less intensive.

“The major lesson is that the performance of a significant portion of the coal fleet can be quite unpredictable [and] the addition of new generation is a critical component for eliminating load-shedding.

“It is, however, not the only component: reliability maintenance and Eskom having access to the required funds to do it properly is a key element to the reliability of the grid going forward.”

Government has announced several interventions to tackle the worsening load-shedding, but has warned that some of these will take time to have an impact.

“With the President’s establishment of a National Energy Crisis Committee we are likely to see more changes and an even greater focus on addressing the load-shedding,” Minnaar says.