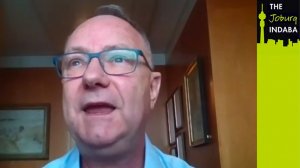 In a keynote address on day one of the Joburg Indaba, Cutifani described South Africa’s PGMs endowment as being of unique advantage over many other mining jurisdictions. (Also watch attached Creamer Media video.)

The investment with the PIC would, he said, develop the market for PGMs by providing startup capital to businesses that use PGM-based technologies in their products and processes.

“This substantial investment is geared to stimulate and sustain the demand for South Africa’s PGMs in the long term, while preserving the mineral wealth of all South Africans, and how we do this together is both an imperative for the industry, for all South Africans, for the government, and together we’ve got to partner and do things differently,” he told more than 300 attendees of the virtual event chaired by mining personality Bernard Swanepoel.

Cutifani encouraged all major PGM producers to “put up and become part of the development of the future for our products and not simply take the benefits of mining in of itself”.

As has been reported by Mining Weekly, Anglo and the PIC market PGMs through their support of the independent venture capital fund, AP Ventures, which is also backed by the Mitsubishi Corporation, the Toyota-linked Mirai Creation Fund and Plastic Omnium.

Mining Weekly can add that South Africa’s abundant supply of PGMs is critical to the success of many existing and emerging technologies.

Showing development and growth particularly is the hydrogen sector and it is now commonly accepted that hydrogen has a significant role to play in decarbonising energy, which is positive for the PGMs industry as it is set to be a major source of new demand.

Hydrogen, the most abundant element in the universe, is a versatile, zero-emission efficient energy carrier with a high energy density. It can be stored in large quantities and for long periods of time, characteristics which make it an ideal solution for optimising the integration of renewable energy. The Hydrogen Council, of which Anglo is a founder member, estimates that hydrogen could represent 18% of global energy demand by 2050.

PwC African mining leader Andries Rossouw said during the virtual release of the professional services firm’s twelfth edition of SA Mine on Tuesday that hydrogen had the potential to be a game-changer for the South African economy.

Cutifani said that a project that signalled Anglo’s commitment to particularly green hydrogen is its hydrogen truck, being developed in partnership with global energy company Engie.

He pointed out that Engie would be the provider of the hydrogen generation solutions and Anglo the developer of the huge haul truck.

“This collaboration marks the first time a truck of this size – about 300 t – and load capacity has been converted to run on hydrogen,” Cutifani told the Joburg Indaba.

The initial development of this hydrogen-powered truck in 2021 will be followed by a testing and validation programme at Anglo American’s Mogalakwena mine, in Limpopo, after which the trucks are expected to be deployed at Anglo’s other operations.

“We chose Mogalakwena as the right place to start this work, in terms of PGMs, being at home using hydrogen and demonstrating in South Africa that we’re at the forefront of mining research, which is what we should be about,” said Cutifani.

“The haul truck use case is compelling from an economic, environmental and technical perspective. Using solar energy to produce the hydrogen – in other words green hydrogen – it will also allow us to more easily expand the use of hydrogen into other parts of our operations once established – and it also provides us with a pathway towards carbon neutrality, and people will be aware of our 2030 30% reduction target and our 2040 carbon neutrality target.

Cutifani emphasised the need for South Africa to build a modern mining industry if it is going to succeed in the future.

“Everywhere around us, industries such as mining are on the cusp of a significant change. Technology is fundamentally changing how we operate and must progress in tandem with the need for sustainable business models that create value for all stakeholders.

You will have heard me and others talk about our FutureSmart Mining™ programme, our innovation-led approach to sustainable mining. The lessons from this work have been invaluable.

“With technologies that are available today and others that we are developing, we can now imagine mines with smaller physical footprints, using more precise extraction techniques that enable us to mine only the most valuable ore. This will remove people from harm’s way, reduce waste, use a fraction of the energy we use today, and draw almost no fresh water.

In a world of diminishing ore grades, constraints on water and energy, and the resulting increased costs, the changes are a necessity if mining is to be truly sustainable – in every sense. A FutureSmart™ mining industry is vital for a mineral-rich country like South Africa. There are countless examples of how this is already being done throughout our industry – from the introduction of remotely operated machinery, to, in our case, a range of exciting projects such as our current trial of bulk-ore sorting at Mogalakwena, which leverages new sensor technology in real-time to process a greater proportion of ore, and less waste rock.

“So, it’s simpler, less expensive and has a much smaller footprint than the current individual particle sorting technologies available. Progress in this space will be of huge value to us, especially in some of today’s low-grade mining operations. It is clear that the nature of work is changing, the type of employment may change, and the relationship between mines, their host communities, and governments is likely to change. We must all be ready and repositioned for a future that embraces and manages this change responsibly. Together we must build our ‘social licence to innovate’.

“Simply put: if we do not accelerate the modernisation of our industry – so that it embraces new technology and skills – we will not have a competitive mining industry ten years from now,” Cutifani said.

Cutifani identified some encouraging government-related green shoots, which he said could serve as a catalyst of change for the next decade. Three things stood out for him in this regard:

The first is the decision of the Minister of Finance in February to announce measures to facilitate cross-border financial transactions to provide multinational companies in South Africa with increased flexibility to manage cash resources optimally. “This development levels the playing field with other OECD nations and is a significant further positive step towards building South Africa’s attractiveness as a globally competitive investment destination,” Cutifani said.

The second is the withdrawal by Mineral Resources and Energy Minister Gwede Mantashe two months ago of “the continuing consequences of previous empowerment transactions” under the new Mining Charter. “This is a major development and one which should fill us with optimism as an industry – or at least for those that can bring new capital and growth to the industry. While there is still a lot that can be done to bring more regulatory certainty, this move paves the way to legal certainty over the current Mining Charter, which further strengthens our collective commitment to transformation as an industry,” he said.

The third is the undergoing of leadership change over the past year at Eskom and Transnet, the two most-critical State-owned enterprises vital for the success of mining. “Getting our crucial infrastructure, in the form of reliable energy supply and adequate rail and port facilities, will take time, but the building blocks are being laid,” he said.

“We have a unique opportunity to build a modern, inclusive and equitable mining industry: this is South African mining’s great promise. And all of it can be achieved within the next ten years. But we cannot postpone it any longer. Together, we can build back better,” he added.