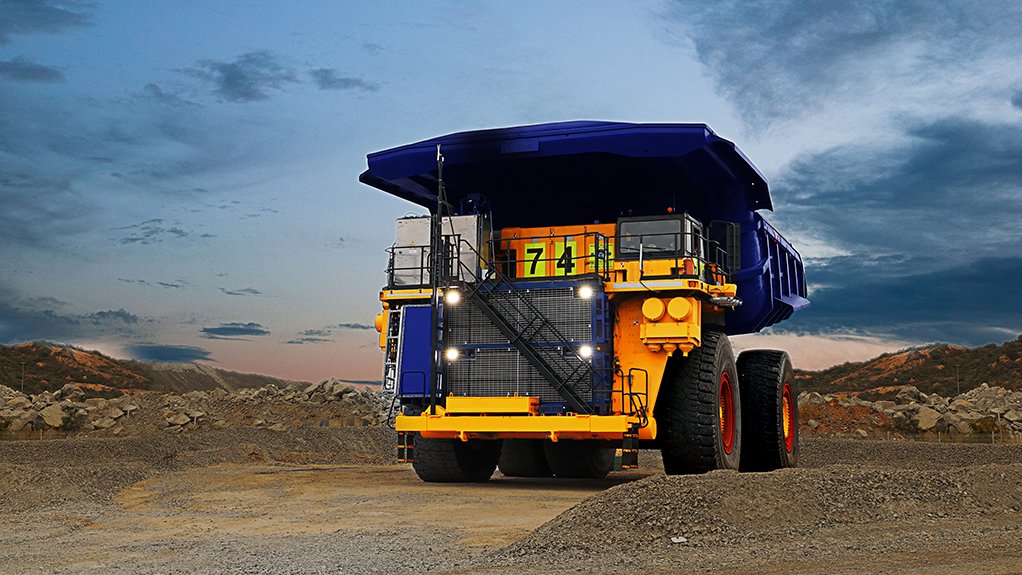 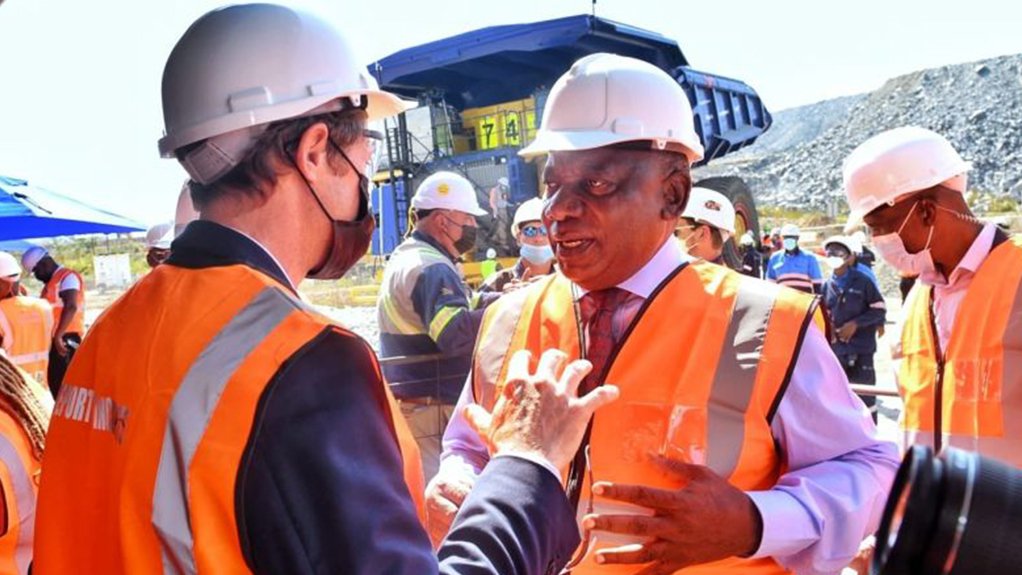 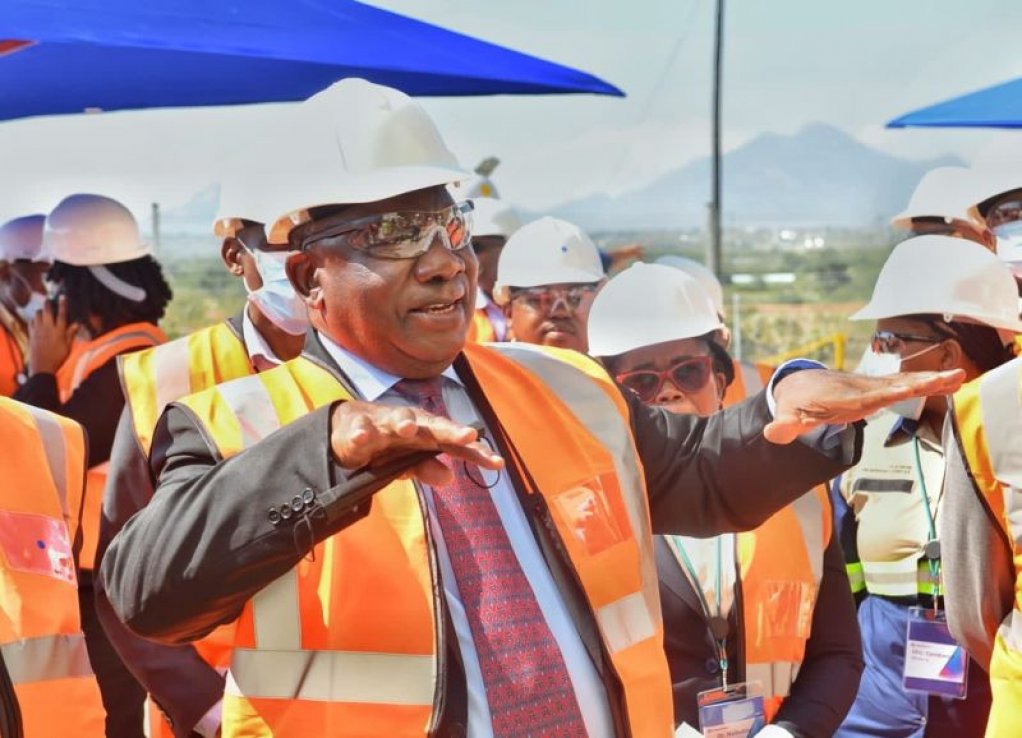 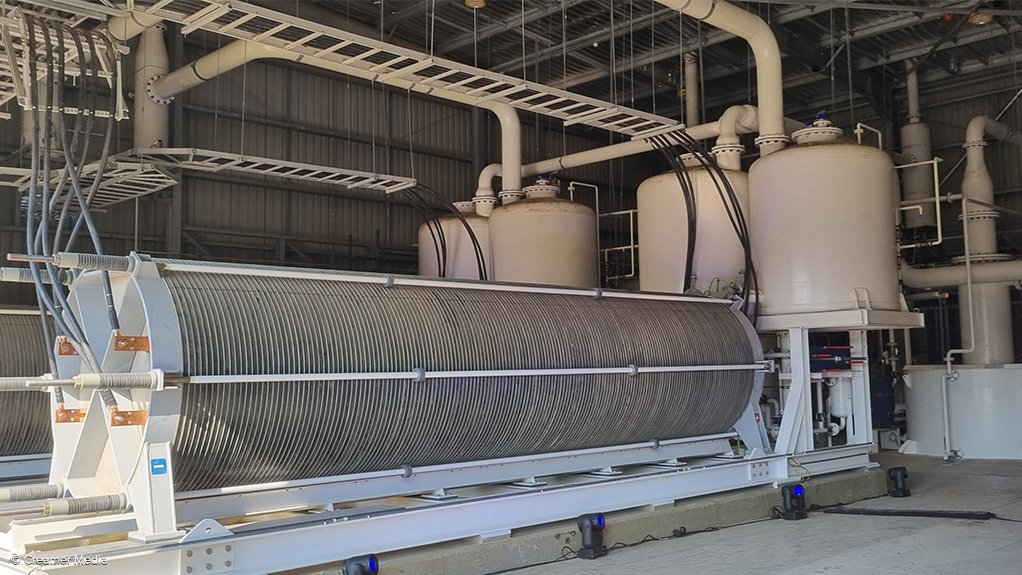 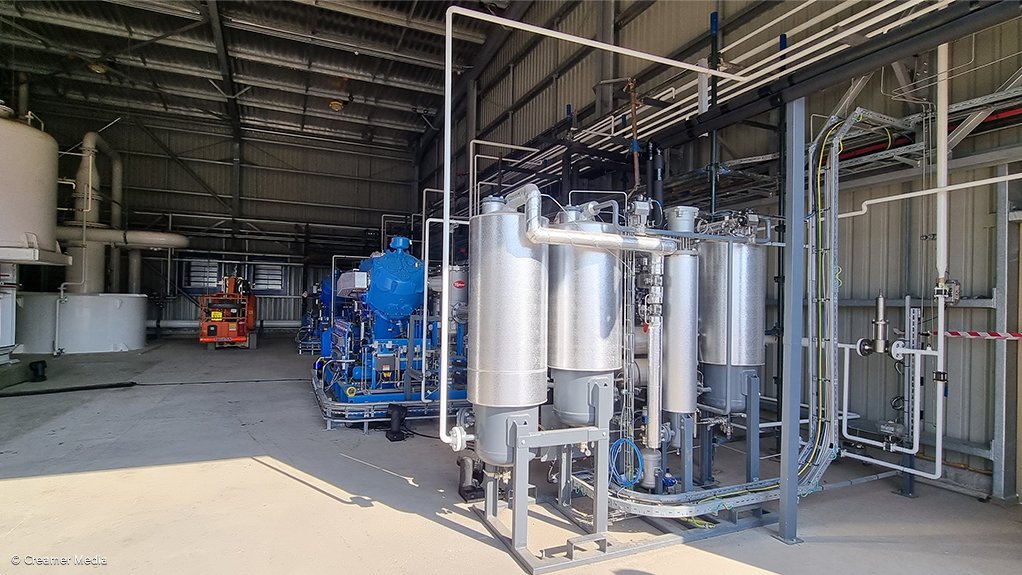 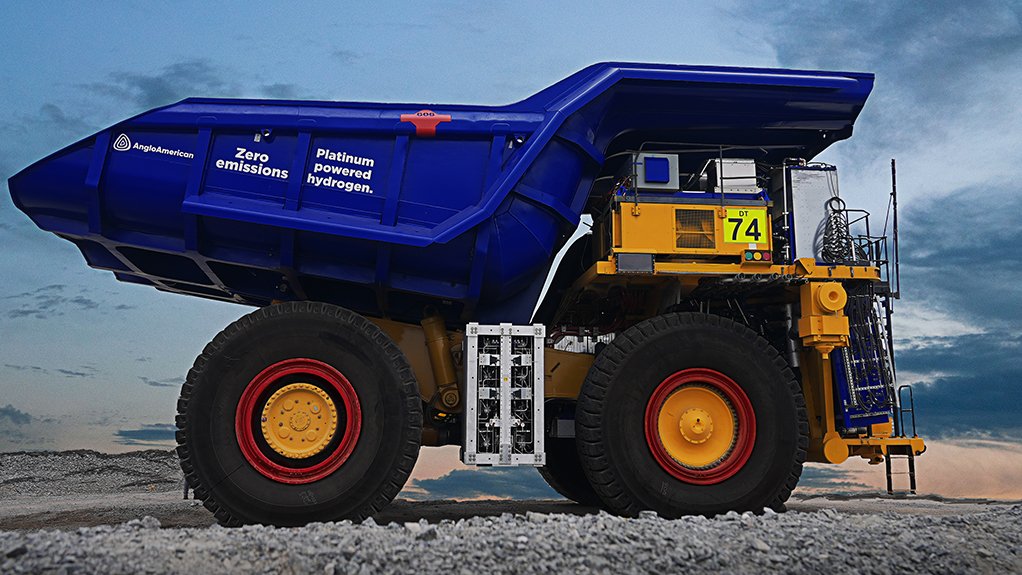 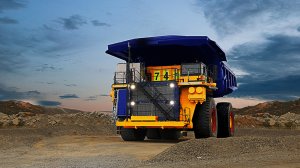 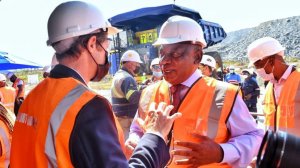 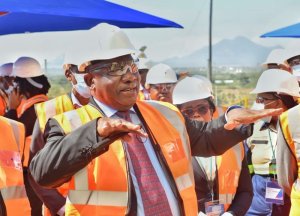 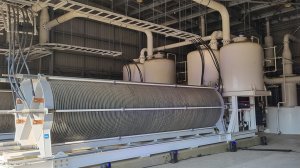 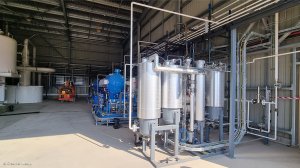 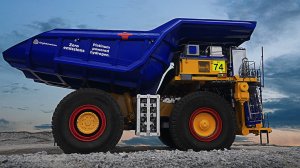 Diversified miner Anglo American on May 6 launched a prototype of its first self-developed zero-emission hydrogen-powered mine haul truck, which was developed as part of its Future Smart Mining strategy.

The 2 MW hydrogen-battery hybrid truck, which is stationed at the Mogalakwena platinum mine, in Limpopo, in South Africa, is currently the world's largest hydrogen-powered mine haul truck. It is capable of carrying a 290 t payload and generates more power than its diesel predecessor.

A 2 700 hp diesel engine has been replaced with eight parallel fuel cells, totalling 837 kW, and a 1.2 MWh lithium-ion battery.

Anglo head of technology development, mining and sustainability Julian Soles told media delegates during the launch event that a new drive train had to be installed and integrated into the truck’s control systems.

Diesel emissions from Anglo’s haul truck fleet accounts for between 10% and 15% of its total Scope 1 emissions and a fleet overhaul is, therefore, an important step in the group’s pathway to carbon-neutral operations by 2040, commented Anglo CEO Duncan Wanblad.

The truck had undergone building, modification and testing in the US for just over 12 months, before being transported to South Africa. It was first motion tested at Mogalakwena under real mining conditions in March.

The event marked the first hauling with hydrogen in Anglo’s 100-year history in South Africa.

Anglo aims to have eight mines down to net-zero emissions by 2030, which involves replacing its entire diesel fleet. About 80% of the group’s diesel consumption is on large trucks.

A traditional mine haul truck uses about 3 500 ℓ/d of diesel, which equates to about one-million litres a year.

President Cyril Ramaphosa, who attended the launch event and took a ride in the mine haul truck, said the introduction of the hydrogen-powered truck was a major leap for South Africa's hydrogen economy.

"We celebrate the first time a loading haul truck is not being powered by fossil fuels in the history of mining.

"Today's launch is not only about investment and research and development, but also commitment to a strategy and courageous leadership," he added.

THE PLANT
Along with the development of the hydrogen-powered truck, the companies built an entire “NuGen Zero Emission Haulage Solution” hydrogen ecosystem to generate and store hydrogen at the Mogalakwena mine.

“This integrated ecosystem delivers an end-to-end solution for decarbonisation haulage, providing the lowest total cost of ownership and targeting a dollars per tonne cost equivalent to diesel. Our mines will have the same operational flexibility as it currently has, not being tied to fixed infrastructure,” explained Soles.

Anglo built a 3.5 MW electrolyser on site, as well as hydrogen storage tanks with 800 kg of capacity at 500 bars of pressure. The hydrogen is not converted to a liquid at any point in the process, instead it stays in a gaseous state and is transported at a high pressure.

The company tasked Engie to develop its hydrogen ecosystem with safety at its heart, and had third-party safety experts provide an independent review to help guide safety aspects of the plant.

The hydrogen dispenser on site is capable of moving 4 kg of hydrogen a minute at 250 bars of pressure.

The NuGen hydrogen ecosystem also has a truck retrofit area, hydrogen compression and cooling area and solar photovoltaic panels that feed the mine grid. The electrolyser comprises two compressors to take the pressure up to 500 bar for hydrogen storage.

The electrolyser is based in a building to protect the machinery from dust and comes fully equipped with a heating, ventilation and air-conditioning system, as well as safety mechanisms to release hydrogen from the building should a build-up of pressure occur.

THE TRUCK
The NuGen hydrogen-powered truck carries 68 kg of hydrogen on board, which is sufficient to operate the truck for one to two shifts, depending on the load.

Refuelling takes place at a hydrogen “pump” for about nine minutes before the truck gets back to work. Anglo plans to extend its refuelling facilities once more trucks are retrofitted with hydrogen and reach commercial operation stage.

The truck comes equipped with new safety features, including crackable glass where hydrogen can escape if necessary.

To manage the voltage on the vehicle, Anglo did a number of modifications and designed a radiator especially for this application, to manage thermal aspects of the fuel cells.

The truck also has a specialised filtration system to limit dust and sulphur reaching the fuel cells.

Soles confirmed that the vehicle could operate at the same speed and at the same performance level as diesel; however, the diesel vehicles did offer a longer range of operation.

THE PLAN
Anglo is in the process of finalising its hydrogen fleet rollout plan. Soles explained that the company could not transition to only using hydrogen vehicles in one go, as it would take time to manage the scale-up.

Besides, retrofitting 40 trucks in one year is impractical, as the company still has tonnages to deliver.

Rather, it aims to convert between 10 and 20 trucks a year globally, taking three to four years to complete the full fleet transition.

Wanblad noted that if this pilot system proved successful, Anglo could remove up to 80% of diesel emissions at its openpit mines by rolling this technology out across the global fleet.

“As part of our market development work, we have for some years been working towards establishing the right ecosystem to successfully develop, scale up and deploy hydrogen-fuelled solutions.

“Hydrogen has a significant and wide-ranging role to play in achieving a low-carbon future.”

Soles expressed pride in what Anglo achieved with the truck, especially since some original-equipment manufacturers had been reluctant to take on hydrogen truck solutions at this scale.

“We did not see solutions for decarbonisation coming to market fast enough. We envision this being rolled out across our business and hope to see it unfold in the broader mining industry.

"If we do not clean up our business, we will never get to the end-state of ‘clean’ supply chains the world demands. We hope others will follow suit,” Soles concluded.