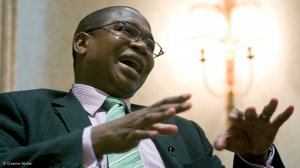 African Development Bank (AfDB) chief economist Professor Mthuli Ncube says the current slowdown of the Chinese economy will impact growth in African economies, especially those that export commodities. However, the bank does not anticipate that the fallout will be “catastrophic” and is still forecasting continent-wide growth of 4.8% for 2013, having factored in a more modest expansion of 7% from the giant Asian economy this year.

The bank’s African Economic Outlook also stresses that the slowdown, from a growth rate of 6.6% in 2012, can largely be attributed to the impact of a strong Libyan economic recovery, following its recent political upheavals. In 2011, Libya contracted by 59.7%, but rebounded by 95.5% last year as oil exports resumed. Had the North African country been excluded from the 2012 figures Africa’s growth would have been 4.2% in 2012.

Ncube says the AfDB is supportive of China’s efforts to rebalance its economy in favour of domestic consumption and away from resource-intensive investment, despite its potential to impact commodity demand and prices. “The 7% rate of growth is a more sustainable rate of growth . . . and we think that this level of economic growth will still manage to [sustain] the upward trend in terms of demand for commodities,” he says.

Therefore the slowdown in China has not been flagged as a risk to the growth outlook in itself. However, the associated risk of lower commodity export earnings is highlighted as a one of five potential downside threats. The other risks listed include lower tourism earnings, particularly in North Africa, lower financial inflows, contagion effects to African banks and political risks associated with delayed reforms.

The AfDB is, thus, keeping a close eye on the possible economic consequences for Europe and the US from any tapering of quantitative easing (QE).

While capital and currency markets in middle income countries such as South Africa are likely to feel the effects of any move to reduce QE programmes, most African countries will be affected through the trade channel, should the pullback result in slowing developed-market growth.

“Therefore, we are very keen that there be an orderly exit,” Ncube avers.

Overall, though, the AfDB stresses that the economic outlook for Africa remains favourable despite headwinds from the global economy. “Growth has remained relatively broad-based, with oil production, mining, agriculture, services and domestic demand as the main drivers, mitigating the adverse effects from global turbulences.”

However, it is also paying closer attention to the quality of Africa’s growth, particularly whether or not the sustained growth being experienced is “inclusive”.

Ncube defines inclusive growth as an economic expansion “that broadens access to sustainable socioeconomic opportunities for more people, countries and regions, while protecting the vulnerable”.

In an effort to measure such growth the AfDB has released an Inclusive Growth Index (IGI) for Africa, which ranks countries in terms of economic inclusion by adjusting gross domestic product (GDP) per capita for inequality.

But the index also analyses social, spatial and political inclusion, using a host of indicators, from infant mortality and secondary school enrollment, to the participation of women in the labour market.

The 2013 index shows that, while South Africa ranked tenth between 2005 and 2010 on an adjusted per capita GDP basis, it came in at a lowly 21 out of 46 when the measure was adjusted for inequality.

Egypt led the IGI, followed by Mauritius, with the Central African Republic, Chad and Sudan propping up the index.

Ncube stressed that the IGI was still being refined, but that the AfDB felt it held much promise in raising the quality of the conversation about African growth and the policy debates surrounding inclusive growth.