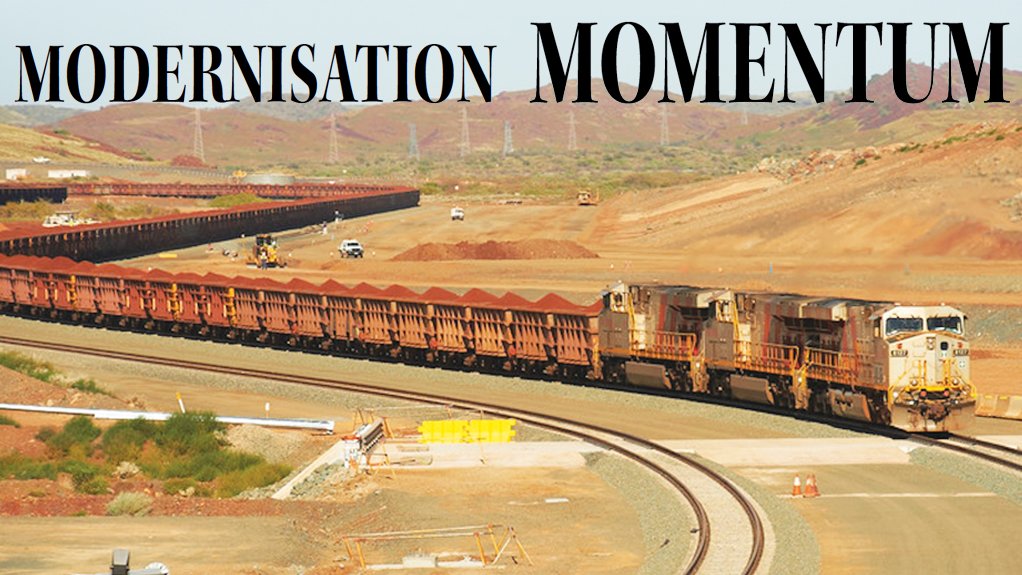 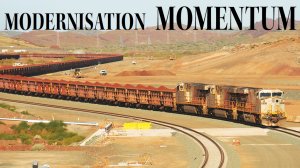 “Many platinum mines are implementing mechanisation, with about 30% of the country’s current underground platinum production coming from mechanised mines.”

He adds that mechanisation is more difficult for the gold mining industry, owing to orebodies generally being steeper than those of platinum mines.

However, gold producers AngloGold Ashanti, Sibanye Gold and Gold Fields have plans to introduce new technology, with some already in implementation, Vogt notes. He cites Gold One’s Modder East mine, on Johannesburg’s East Rand, as a successful semimechanised mine, which highlights that “mechanisation is not just the preserve of the mining majors”.

Globally, Anglo-Australian mining major Rio Tinto prides itself on being the first mining company to apply automation at its operations through its Mine of the Future programme, which aims to reduce costs and increase efficiency by implementing next-generation technologies at all its operations. The programme is also focused on improving health, safety and environmental performance .

Rio Tinto productivity development, technology and innovation head Warrick Ranson tells Mining Weekly that technology is changing the face of the industry. Since launching its Mine of the Future programme in 2007, Rio Tinto has introduced several new technologies, including autonomous haul trucks and drilling rigs, potline automation for the aluminium smelters and the development of the company’s mine automation system.

The system uses data from available production systems at the company’s mines, including autonomous trucks and drills, and visualises mine-pit activities collectively through three- dimensional imaging, he explains.

“We . . . do not see the Mine of the Future as a programme per se, but rather a platform for continuous productivity gains,” states Ranson.

The Mine of the Future initiative forms part of the company’s technology and innovation group, which is “fundamentally” focused on creating sustainable value and competitive advantage through the delivery of “world-class” projects and productivity improvements.

“We have 69 autonomous trucks operating at our Pilbara iron-ore mines, in Western Australia, with the Yandicoogina and Nammuldi mines exclusively using autonomous haul trucks,” Ranson highlights, pointing out that the autonomous fleet outperforms the driver-operated fleet by an average of 12%.

He adds that operators supervise the autono- mous fleet remotely from the company’s Operations Centre 1 000 km away in Perth.

The company is exploring opportunities to deploy this technology in other parts of its business. The AutoHaul project, currently under way, will be the world’s first fully autonomous long- distance, heavy-haul railway when in operation, Ranson declares.

Rio Tinto is also applying technology and innovation using big data, predictive analytics and a standardised approach to its operations to more accurately predict the servicing of assets and the replacement of components. Ranson cites that, under a standard maintenance system, a haul truck engine will require an overhaul every 25 000 hours, but Rio Tonto has increased the interval to more than 30 000 hours using a risk-based system.

Locally, Sibanye intends to introduce ultralow-profile mining machinery and equipment supplier the Centre for Machine Technology and Innovation (CMTI) Consulting’s MT100 underground mining machine at its operations in the near future, showcasing the technology at the Joburg Indaba conference, held in Inanda, in October.

The MT100, with a sweeper and a dozer attached, is a battery-driven platform with a maximum height of 420 mm (the average height of a table) and has a seven-hour battery life.

CMTI Consulting has also developed the MT1000 underground mining machine, which is equipped with a drill rig and mechanical breaker for nonexplosive mining. The machine also has a new-concept multidrill, which is operated using a trailing multicable and can negate obstacles of up to 400 mm high and mine areas as low 500 mm.

Vogt says the steps that mining companies are taking to mechanise their operations are “encouraging” because, as mines get deeper, the environment becomes more difficult to negotiate, the rock is hotter and the stresses are higher, leading to greater seismicity.

Employing workers in deep-level operations is a challenge for mining companies, because not only does making the underground environment suitable for workers become more costly, but the risk to mineworkers also increases, he adds.

“However, mechanisation offers a solution – fewer people are exposed to risk and, potentially, if there are fewer people underground, personal environmental zones can be created for them, rather than the mine having to cool the entire mine.”

Vogt adds that, besides heat and seismicity, travel time also becomes a major issue in mining at depth without mechanisation.

Council for Scientific and Industrial Research (CSIR) mining and mineral resources manager Navin Singh tells Mining Weekly that there is a growing agreement that South African mines need to change the way in which they extract ore from the ground.

He comments that the CSIR is working on a framework for underground communication technologies in real time, with this development intended to “have a cross-cutting effect on most underground mining activities”.

Singh explains that the rationale for this approach is that, to understand the processes taking place, it is critical that mine operators are informed about “what is happening, as it happens”. This flow of information will allow for the ability to make informed decisions immediately, he says.

“This is even more important with the introduction of equipment; one has to manage and understand its many aspects, such as maintenance schedules; location of equipment in the mine, as well as [their] relation to each other; and equipment-use patterns,” he states.

The CSIR has developed the GOAFWARN device, specifically for coal mines, Singh adds. The instrument is based on technologies that track the fracturing within the rock-mass that can be used to warn mineworkers of an impending roof fall or a so-called ‘goaf’ in a coal mine.

“GOAFWARN is in commercial use throughout coal mines in South Africa. CSIR is working on another device, called FOGWARN (FOG is an acronym for fall-of- ground). This device will use the same technological base [as] in metalliferous mines. The FOGWARN system is still in the trialling and development stage,” Singh states.

“This core technology is also suitable for many other real-time monitoring applications in mines, such as monitoring gases, heat and noise within the mines, [which] could be used to determine re-entry times of mineworkers after blasting or to assist in controlling ventilation.

“The opportunities for monitoring in real time are critically important for mine moderni- sation and any mechanisation that will follow,” he asserts.

University of Pretoria mining engineering department head Professor Ronny Webber-Youngman points out that the concept of mechanisation has been introduced into the mining industry over the past 20 years as an improved solution for safety and productivity challenges. However, it has been met with strong opposition from many stakeholders.

“The largest opposing force . . . has been the general labourers, who have historically been the backbone of the mining industry in South Africa and who, generally, regard mechanisation as nothing more than a means to replace them and take away their livelihoods.”

He acknowledges that the perceived fear of mechanisation is not without some justification. Although replacing people with machines will greatly benefit mines in terms of safety and productivity, this is a one-sided benefit from the general worker’s perspective.

“Therefore, the perception that the mechanisation of mines will lead to job losses and have a great socioeconomic impact on South Africa is where the concept of modernisation allows for a more holistic . . . approach to this argument,” Webber-Youngman states.
He stresses that, if the mining industry can implement the concept of modernisation correctly, it will be able to achieve the real objective of a sustainable mining industry in South Africa that is mutually beneficial for all stakeholders.

Occupational health, safety and environmental risk-management services provider NOSA innovation head Dr Deonie Botha adds that, although the economic, operational and safety benefits of introducing mechanised and automated mining could be substantial, there might be some “undesired social factors” when adopting these technologies.

She says global and local industry trends indicate that the effective implementation and adoption of mechanised and automated technologies depend on an in-depth understanding of their impact on human factors and social dimensions.

Botha believes that this understanding and resulting action plans should include the development of a health and safety centre of excellence, scientific research and community programmes, as they will be “critically important” to the South African mining industry if it wants to implement mechanisation and automation sustainably.

“These . . . initiatives would, ultimately, have a positive impact on the health and safety of individuals employed in the industry, as well as on mining communities,” she states.

Vogt agrees that the social and economic consequences of mine modernisation schemes must be taken into account, but asserts that the mechanisation and automation of mines are “undoubtedly the future of the mining industry . . . not only in South Africa but also globally”.

He concludes that “mining companies will have to adapt to this new reality if they are to remain cost competitive and operationally efficient, while ensuring improved safety standards for employees”.