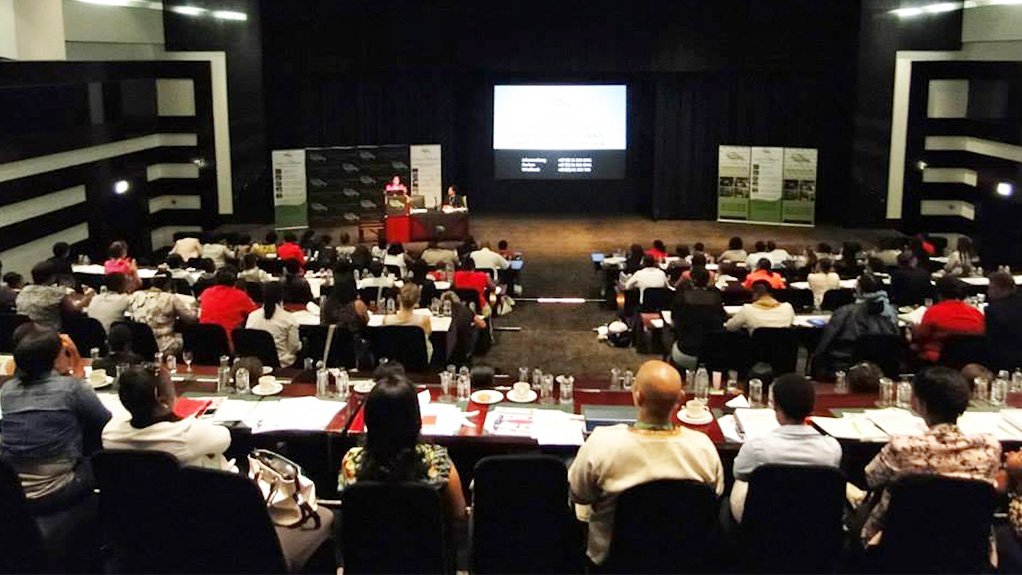 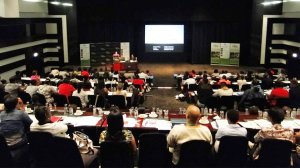 STAYING POSITIVE The 2015 Joburg Indaba, which will take place at the Inanda Club, in Johannesburg from October 14 to15, aims to provide a positive narrative in overcoming industry challenges to progress to a better future

The 2015 Joburg Indaba will paint a picture of how the future mining industry will be defined and what stakeholders will implement, asserts investment conference organiser Resources 4 Africa.

The 2015 Joburg Indaba, which will take place at the Inanda Club, in Johannesburg, from October 14 to 15, aims to provide a positive narrative in overcoming industry challenges and progress to a better future and cross over the bridge into the “promised land”.

Founder and CEO Paula Munsie points out that the Joburg Indaba brings together some of the mining industry’s most respected CEOs, government representatives, investors, key decision-makers and independent thought leaders, who robustly debate some of the key challenges facing the mining sector.

“We have succeeded in hosting bold dialogues on some of the most challenging and sensitive issues; however, the success of any conversation we facilitate is entirely dependent on the outcome. This year, we ask participants to speak to some of the benchmarks established at the 2014 Joburg Indaba and how we as an industry are measuring up against this index,” she says.

Munsie adds that tackling important matters, such as remuneration, social licence to operate, sustainability, resource rents, delivering shareholders returns, and running a mining operation that is profitable and rewarding for all stakeholders, remain hugely challenging.

“Therefore, we are delighted to welcome some of the industry’s leading CEOs once more this year, including Africa-focused gold producer Randgold Resources CEO Mark Bristow, who will share how he managed to build a successful business, navigating both a bull and bear market and buck the trend to deliver real shareholder returns in a challenging environment,” Munsie highlights.

She stresses that no matter in which jurisdiction mines operate, rising costs and low commodity prices remain ongoing challenges for all mining companies trying to “squeeze out a profit”.

“Important factors defining the current state of affairs were evident at the close of last year’s Joburg Indaba. These included the three Ps, namely productivity, profits and positive narrative.

“Governance, sustainability, regulatory certainty, compliance, executive remuneration, productivity, mechanisation and lack of shareholder returns were just some of the hotly debated issues,” states Munsie. The scenario painted by participants depicted a huge herd of animals migrating, some even storming across the African plains, not a united bunch.

She explains that the “distinctive herds” represent mining companies, employees, unions, the “inevitable fat cats” and black economic-empowerment beneficiaries, which are shown kicking up dust and causing confusion rather than moving forward in any harmonious way, each dreaming of a future that is theirs alone, while investors, bankers and lawyers buzz overhead.

“The scene depicts scorched earth in its wake, treacherous terrain ahead, in a storm of regulatory uncertainty, unyielding communities and rising costs. And all the while the industry perhaps prays for rain in the form of a commodity price boom, but there is no sign of that,” Munsie laments. She says that the 2014 Joburg Indaba participants looked at this “sorry state of affairs” and tried to paint a picture of a future they would be happy to be part of.

Joburg Indaba chairperson Bernard Swanepoel says for even one stakeholder group to drink at the legitimate, competitive, sustainable industry waterhole of the future, all stakeholders have to be there.

“Realising that all stakeholders need each other and belong together should frame the trade-offs and compromises that are inevitable.” The stakeholders agreed that without partnership, the industry will die. Productivity, profitability and positive narrative are all critical and take on a new dimension in 2015 defining the future of the mining sector. This new context is modernisation and it is the bridge to a new mining future.

“To change the narrative of the local mining industry, which is over 100 years old, in a way that unleashes potential and inspires hope requires that we actually have to change, and that means all of us,” Swanepoel concludes.