Terence Creamer is the Editor of Engineering News and a Deputy Editor for Mining Weekly.

He also has editorial responsibility for Polity.org.za and Creamer Media's Research Channel Africa.

26th February 2020 Finance Minister Tito Mboweni announced on Wednesday that R16.4-billion would be allocated to South African Airways over the medium term to “repay the airline’s guaranteed debt and to cover debt-service costs”. Speaking to lawmakers, Mboweni said the “SAA Sword of Damocles has now fallen on us”,... →

25th February 2020 Infrastructure and resources group Aveng, which is at the tail-end of a far-reaching restructuring exercise that has already resulted in disposals collectively valued at R1-billion, reports that its two remaining core businesses – Moolmans and McConnell Dowell – are both operating profitably and... →

24th February 2020 Sasol CEO Fleetwood Grobler confirmed on Monday that the energy and chemicals group made a submission to the Department of Mineral Resources and Energy in line with its request for information (RFI) on possible emergency electricity solutions that could be “grid-connected in the shortest time at... →

21st February 2020 Earlier this month, Judge Jody Kollapen turned down Eskom’s application for urgent relief in relation to the National Energy Regulator of South Africa’s (Nersa’s) controversial treatment, in its most recent tariff determination, of the R69-billion in government support announced in the 2019... →

21st February 2020 A black-empowered consortium that includes companies with extensive gas-to-power experience has made a formal submission to the Department of Mineral Resources and Energy (DMRE) in which plans for power generation plants capable of adding between 300 MW and 3 300 MW to South Africa’s grid within... →

21st February 2020 Steel producer ArcelorMittal South Africa (AMSA) believes there is potential to develop a 75 MW to 100 MW solar photovoltaic (PV) power plant adjacent to its Vanderbijlpark mill, in Gauteng. The JSE-listed company is also convinced that such a project could proceed relatively quickly should South... →

21st February 2020 There were indications already at the World Economic Forum in Davos, Switzerland, that South Africa was out of step with the main themes occupying the minds of most global government and business leaders. The overwhelming thrust of the 2020 gathering was about dealing with the existential threat... →

19th February 2020 Mineral Resources and Energy Minister Gwede Mantashe announced on Wednesday that the Section 34 Ministerial Determinations required to give effect to the Integrated Resource Plan 2019 had been finalised and were currently serving before the National Energy Regulator of South Africa in order to... → 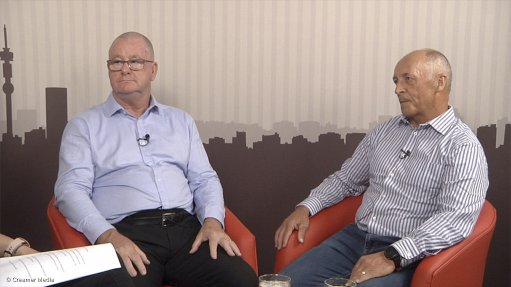