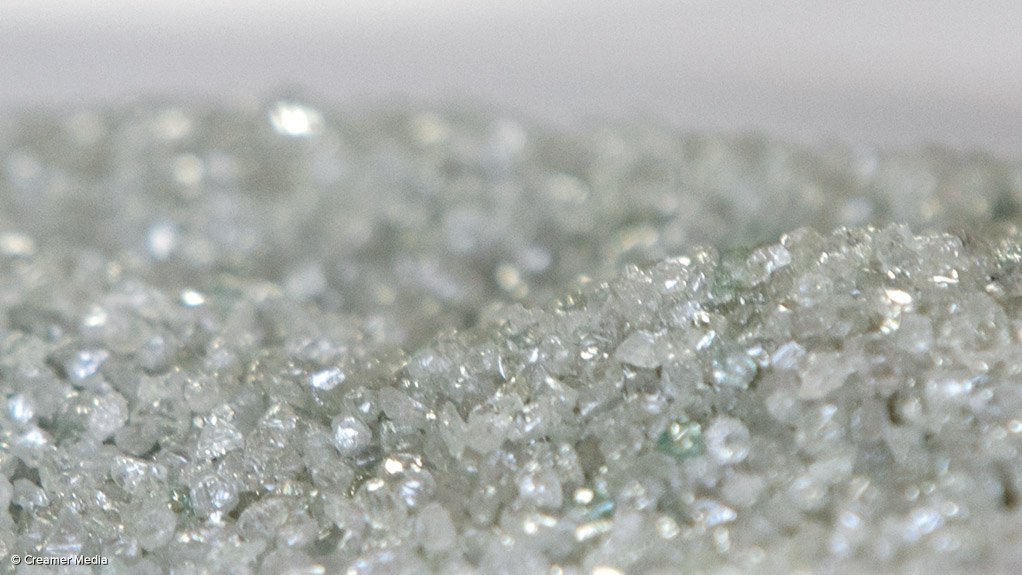 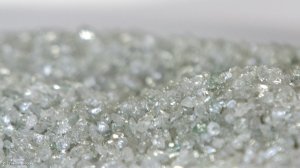 This came as volume production from Rockwell's three MOR mines, which were key to the explorer’s organic growth focus, increased by 65% owing to the commissioning of new mining infrastructure at the Saxendrift Hill Complex and Niewejaarskraal earlier this fiscal year.

As a result, the average grade improved by 27%, underpinning the substantial improvement in MOR carat production, the company reported in a statement on Monday.

The company, which renewed focus on smoothing its production profile and lifting its targeted recovery of larger stones, reported a 33% increase in third-quarter volumes of gravel processed to 1.04-million cubic metres, of which 763 332 m3 was mined from MOR and the balance by royalty-based mining contractors operating at Tirisano.

Total carat sales from company properties for the quarter increased 50% to 6 066 ct at an average price of $1 764/ct.

This translated into a 45% year-on-year revenue growth to $10.7-million.

The MOR operations delivered a 117% increase in carat sales, which, together with a 24% increase in average carat value to $2 198 from that region, translated into a 169% increase in the value of sales to $7.8-million.

Commenting on the company’s performance, CEO James Campbell said, in addition to improved carat output and sales, the recovery of five rough diamonds exceeding 115 ct since the end of August had reinforced the merits of the company’s MOR-focused strategy.

“In the past year, we have significantly enhanced our optionality at the greater Saxendrift property, with the two processing plants at Saxendrift and the Saxendrift Hill Complex providing the capacity to process some 240 000 m3 a month from multiple mining faces.

“These processing plants achieved a 43% grade uplift in the [third] quarter, while carat production and sales increased 94% and 101% respectively,” he said.

Campbell added that the previously announced production ramp-up at Niewejaarskraal remained on track, with the next phase of the initial plant commissioning due to be completed by the end of January and the installation of an infield screen and rental bulk X-ray system due to bring monthly volumes to 100 000 m3.

“We have already confirmed the effectiveness of these fit-for-purpose technologies to handle MOR gravels, underpinning our confidence that they will enable us to optimise Niewejaarskraal mining activities. Subsequently, we will turn our attention to implementing our MOR strategy at our other properties, including Wouterspan,” he said.

The Rockwell head noted that the royalty-based mining contracts had delivered a “consistent” performance in the third quarter, processing 271 634 m3 to yield 3 995 ct and diamond sales for the company of $357 500.

“Although our operator at Zwemkuil terminated [its] contract to pursue other opportunities, another operator will commence at the Kwartelspan property in the fourth quarter as well as a sixth royalty miner, who will imminently start operations at Tirisano,” Campbell noted.

Meanwhile, the company also announced on Monday that it had concluded an agreement with an unnamed “well-established” black investment company to acquire a 30% equity stake in the company's MOR operations, replacing Africa Vanguard Resources (AVR) as its black economic-empowerment (BEE) partner in the region.

As announced in March 2012, Rockwell agreed to unwind its agreement with AVR and subsequently entered into discussions with other groups that had indicated their interest to partner with Rockwell.

These discussions culminated in the agreement with its new BEE partner, which was established in the early 1990s and, which Rockwell asserted, had a successful investment record in both listed and unlisted entities.

The identity of the new BEE partner would be communicated to the market once the conditions precedent, including the Section 102 transfer, had been finalised.

Under the terms of the agreements, and subject to the fulfilment of the suspensive conditions, Rockwell's new BEE partner would acquire 30% of its MOR operations for R72.6-million.

This would be paid in two tranches, with an initial payment of R17.3-million, which would be settled once the various regulatory approvals had been achieved.

A vendor loan had been raised for the balance of the purchase price, to be settled on or before February 28, 2018, at a fixed interest rate of 9% a year.

Campbell said the key criteria in the hunt for a BEE cohort was to find a partner with experience in the South African mining sector and which could also fund their share of future developments in the MOR region, which was Rockwell’s current organic growth focus.

“The 24% up-front payment for the 30% stake will strengthen our balance sheet and will be deployed in consolidating our operations in the MOR region," he noted.