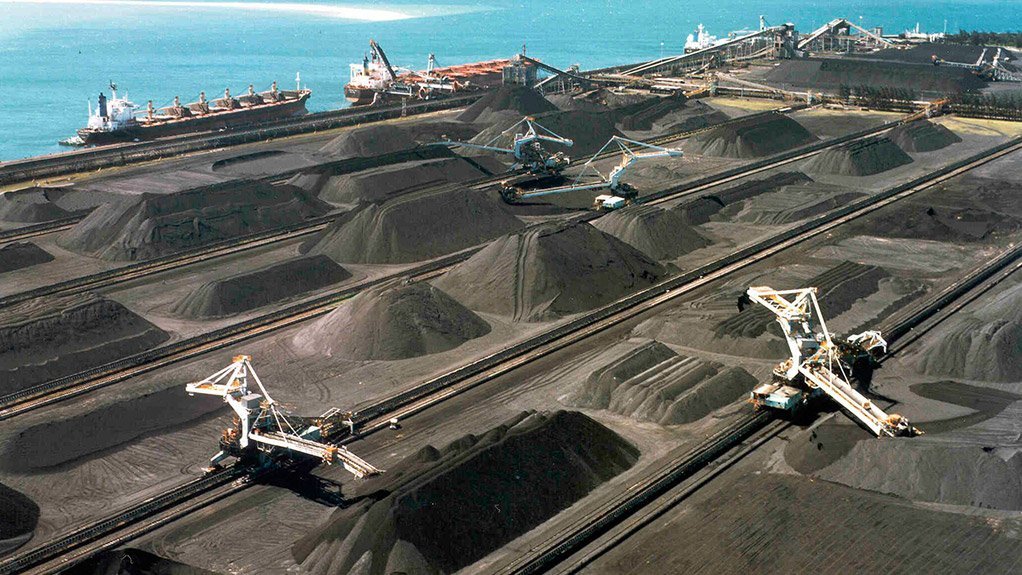 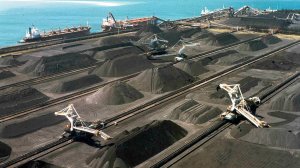 Photo by RBCT
The Richards Bay Coal Terminal in KwaZulu-Natal

The private-sector-owned terminal, which works hand in glove with the State-owned Transnet Freight Rail (TFR) and Transnet National Ports Authority (TNPA), exported 72.15-million tonnes (Mt) of coal in 2019, 1.32 Mt short of 2018’s 73.47 Mt, which was itself 4.1% less than 2017’s record coal exportation year.

Asia was again the biggest export destination by far, with India and Pakistan together absorbing 91% of total exports, up on last year’s 81.6%.

Of the African countries, 0.67 Mt was exported to Djibouti and 0.6 Mt to Mauritius.

The terminal received 25 trains a day in 2019, compared with 27 a day in 2018 and a capacity to receive 32 a day as part of its partnership with TFR, which is continues to work very well.

Weather, which cut 39 days out of the schedule compared with 36 in 2018, has become an ongoing challenge, prompting RBCT and the TNPA to consider a series of initiatives to lessen its impact.

“Definitely, the weather patterns are getting worse,” said Waller.

The stackers allocate the coal to 91 stockpiles and reclaimers extract 42 different grades of coal from the stockpiles. The shiploaders then load the coal on to waiting vessels.

The four-million tonnes of terminal capacity allocated to junior mining companies is still very far from taken up.