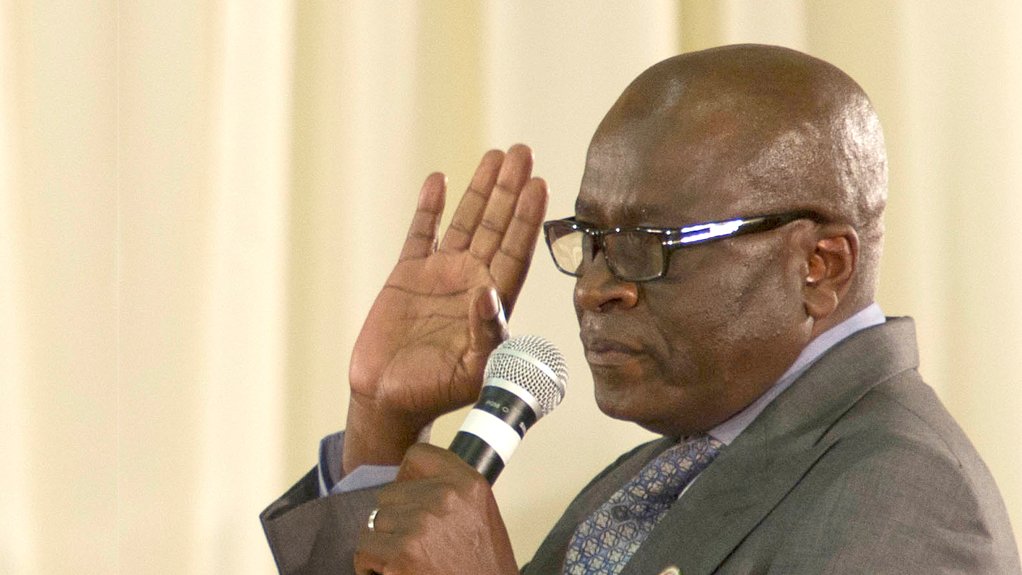 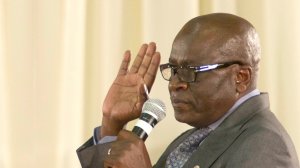 JOHANNESBURG (miningweekly.com) – As government’s bid to end the 21-week strike crippling the platinum sector fails, new Mineral Resources Minister Advocate Ngoako Ramatlhodi on Tuesday stressed that his decision to exit the wage talks at a critical juncture was a move meant to pressurise stakeholders into a resolution.

Speaking at a briefing at the Department of Mineral Resources’ (DMR’s) offices, in Pretoria, a day after the intergovernmental technical task team facilitating the wage talks dissolved, Ramatlhodi insisted that he was not abandoning South Africa’s three largest platinum producers or trade union, the Association of Mineworkers and Construction Union (AMCU).

Monday marked the final meeting between the task team, which was established on May 28 and comprised representatives from the departments of Mineral Resources, Labour and National Treasury, and Lonmin, Anglo American Platinum (Amplats), Impala Platinum (Implats) and AMCU.

“The simple reason behind this is that I strongly believe we have done enough work over the past two weeks, through the technical task team and the meetings which have been taking place daily, for the parties to take the process forward and continue engaging on their own,” he said, adding that both the producers and the union had shifted from their initial positions.

Ramatlhodi commented that the negotiations continued “in good faith” and, while the wage demand of R12 500 – the basic wage workers downed tools for in January – was agreed, the parties could not find common ground on the timeline for reaching this amount.

Further, AMCU and the platinum producers could not resolve emerging issues of housing allowances and the roll-out of decent houses for the miners.

The DMR believed the two-week facilitation by government had created a conducive environment and the task team’s pull-back would place pressure on the negotiators representing AMCU and the platinum producers to resolve the impasse.

Liberum Capital, however, believed there was no end in sight for the protracted strike.

“Any optimism that government intervention by … Ramatlhodi was having a positive effect has been lost. The unions remain unwilling to face the economic realities of their wage hike requests and the companies [are] unwilling to gamble on a higher platinum-group metals rand basket,” the company commented in a note to clients on Tuesday.

After Ramatlhodi’s withdrawal from the process, Lonmin, Amplats and Implats issued a joint statement saying they were to pursue other options.

“During this process, the producers have sought to arrive at a fair and sustainable settlement that would preserve the future of the platinum industry and limit job losses in the country. While the producers remain committed to a negotiated settlement, they will now review further options available to them,” the producers said.

Liberum noted that, “without any hope” of breaking the current deadlock in the short term, the companies needed take more drastic steps to reduce cash burn at the assets impacted by the strike to survive.

“The most significant overhead is the continuing wage bill of the nonstriking workers that is equivalent to 30% of normal operating costs. This means beginning the process of making redundancies in the nonstriking workforce and that would likely lead to further difficulties on the ground,” it said.

Liberum said such “drastic” steps were unlikely to receive a positive response from the unions or government, and “could well lead” to strike contagion in the profitable Amplats operations.

But the DMR had braced for job cuts, with Ramatlhodi admitting that significant job losses were on the horizon as mining companies attempt to stabilise and restructure to survive.

“Lonmin currently remains the most exposed with all mining operations impacted by the strike, but [Amplats] is also being heavily impacted with 40% of production offline,” Liberum explained.

To date, the producers have forfeited earnings of nearly R22-billion, and employees wages of around R10-billion.