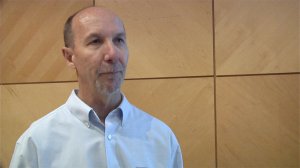 The purpose of the forum was to provide a platform for role-players in the exploration industry to begin discussing issues of common interest.

Dicasa chairperson Colin Rice used the forum to present recent developments in the Quality Council for Trades and Occupations (QCTO) initiative for a new driller qualification as well.

Rice highlighted these developments as significant to the industry as, despite the importance of exploration drilling, there are no nationally recognised drilling quali- fications currently in the National Quali-fications Framework (NQF).

As a result, operational staff with a lifetime of experience have no means of having their skills formally recognised, no clear career path and goals and no means of enhancing their level of understanding of the processes in which they are involved.

Further, as is the case with many other industries in South Africa, the drilling industry is an ageing one, so attracting new entrants to the industry is critically important.

As a representative of Discasa members’ interests in the QCTO driller qualification initiative, Rice emphasises the importance of the QCTO, as it is responsible for the design, development and maintenance of occupational standards and qualifications, thereby ensuring the quality of workplace education and training in South Africa.

He explains that the purpose of an occu- pational qualification is to qualify a learner for occupational practice, as well as occupational specialisation.

Rice tells Mining Weekly that, because of the nature of exploration operations, it is essential that the new driller qualification is practical and applicable, and that it recognises the wide range of specialised skills in the South African drilling industry.

Rice adds that sector education and training authority the Mining Qualifications Authority (MQA) has been appointed by the QCTO to develop the driller qualification and, over the past year, a significant amount of good work has been completed under the auspices of the qualification development facilitator.

He says that, while the work is not yet available for public comment, the interests and requirements of the exploration industry have been well catered for, and he believes that the new qualification will play a big role in taking the industry into the future.

Rice explains that the mining industry, and therefore the exploration industry, is under pressure to improve health and safety performance. He adds that this pressure has been respon-sible for several industry initiatives that seek to meet mining house expectations, including the new driller qualification.

Rice also highlights DrillSafe – another initiative launched by Colin Rice Exploration and Training – as a means of disseminating hazard and accident alerts in the exploration drilling industry. This initiative has been recognised as important as there is currently no formal reporting or recording mechanism for exploration industry incidents and accidents.

Rice tells Mining Weekly that a second Drilling Forum is planned for later in the year.

By: Martin Creamer
Asset managers globally have become the lightning rod of populist views in Western countries, with the conversation now dominated by climate-change issues within the environmental, social and governance (ESG) paradigm as well as what the prospective upheaval in the vehicle industry means for different metals, the Joburg Indaba heard this week. →