Questions raised about govt’s approach to acid mine drainage 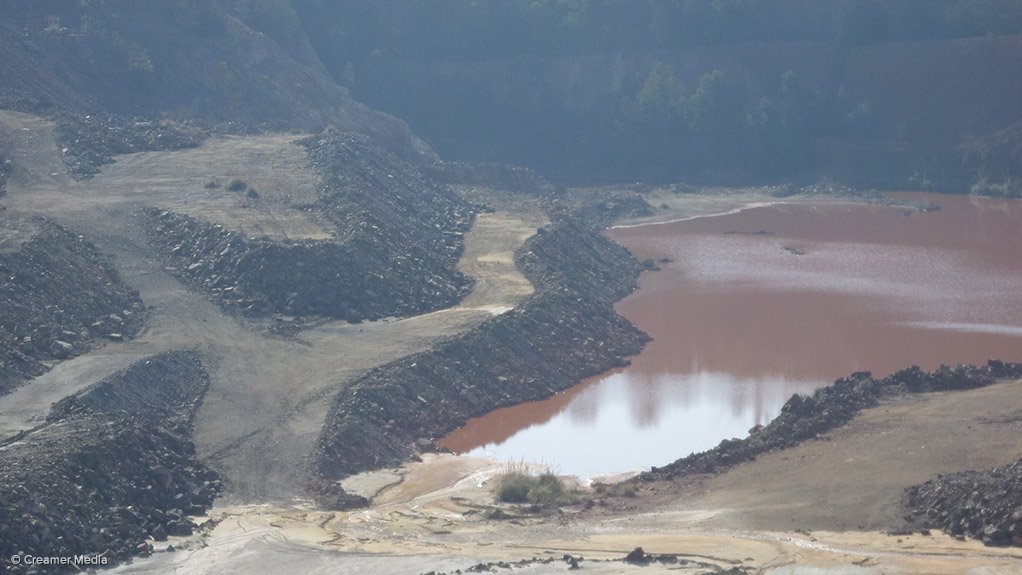 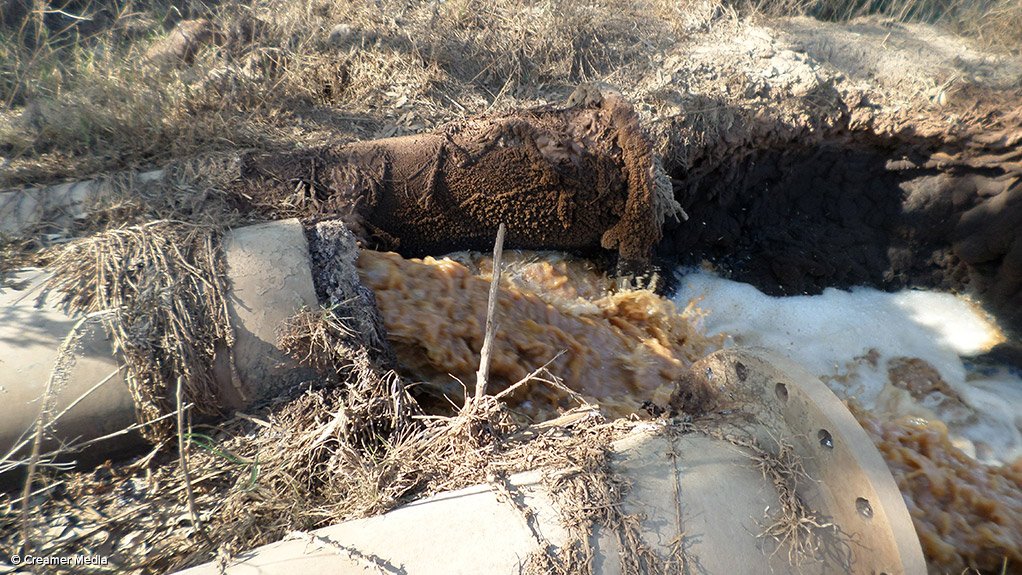 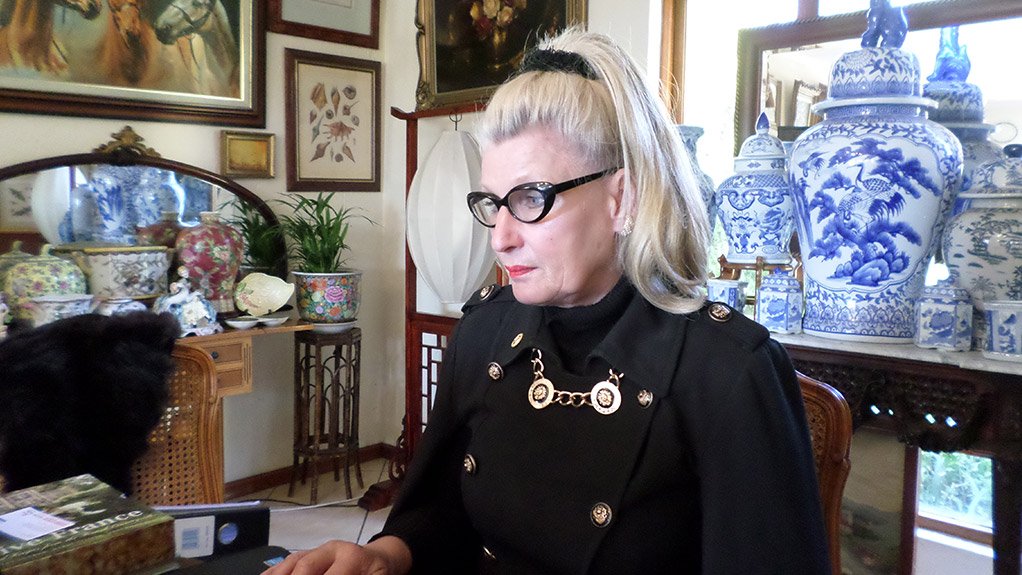 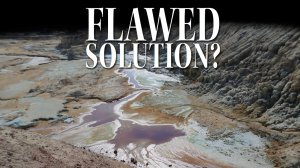 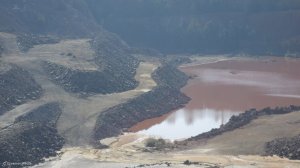 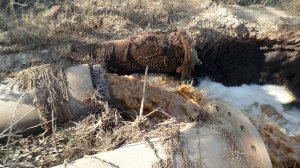 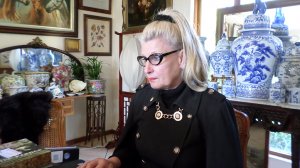 Federation for a Sustainable Environment CEO Mariette Liefferink discusses acid mine drainage and its impact on the environment
WITWATERSRAND MINING BASIN The basin has about 400 km2 of mine tailings dams made of 380 potentially radioactive mine residue deposits including 270 mostly unlined tailings dams containing 6-billion tons of iron pyrite tailings and 600 000 t of low-grade uranium
OFF THE CHARTS AMD’s impact on the Western basin is significant as the level of sulphate in the water was recorded at 2 500 mg/ℓ and the World Health Organisation recommends sulphate levels of no higher than 200 mg/ℓ for drinking water purposes
MARIETTE LIEFFERINK Government is only looking at the flooding of the basins, which is a reactionary approach to the problem instead of addressing AMD’s root causes

The Department of Water and Sanitation’s (DWS’s) existing treatment programme involving pumping acid mine drainage (AMD) out of the Witwatersrand basin and then partially treating the water by neutralising it will not assist in alleviating the challenge in the long term, states nonprofit organisation the Federation for a Sustainable Environment (FSE) CEO Mariette Liefferink.

The Witwatersrand basin is composed of the Eastern, Central, Western and Far Western basins as well as the Klerksdorp, Orkney, Stilfontein and Hartbeesfontein and Free State-based gold mines.

Liefferink highlights that the basin has about 400 km2 of mine tailings dams made up of 380 potentially radioactive mine residue deposits, including 270 mostly unlined tailings dams containing 6-billion tons of iron pyrite tailings and 600 000 t of low-grade uranium.

“These 270 tailings dams are a significant diffuse source of AMD as they cannot be maintained in an oxygen-free environment and, therefore, when it rains these tailings dams produce AMD. The existing treatment of AMD has failed to adequately address the diffuse sources of AMD,” she states.

Liefferink says government is only looking at the flooding of the basins, which is a reactionary approach to the problem instead of addressing the root causes of AMD, namely the tailings dams, openpits, receptor dams, polluted wetlands and streams and waste-rock dumps.

She states that the impacts of AMD in the Western basin are significant as, according to the reports supplied to the FSE by the DWS, the level of sulphate in the water was recorded at 2 500 mg/ℓ. The World Health Organisation recommends sulphate levels of no higher than 200 mg/ℓ for drinking water.

Liefferink explains that, currently, after the AMD water is treated, it is pumped into a pit where some of the metals settle. The metals are then pumped into another pit, called the West Wits.

However, she notes these pits are unlined and intersect the old underground operations, providing direct continuity between the surface and the mine void. Liefferink points out that these pits contribute about 30% of the total ingress into the mine void.

“At the Human Rights Commission (where Liefferink is an adviser on AMD), we call it the revolving pollution system,” she quips.

North-West University Mine Water Research Group (MWRG) head and geography chair Professor Frank Winde concurs with Liefferink that the current AMD treatment process is not practical or efficient, citing the high costs and the energy-intensive nature of the pump-and-treat programme.

The DWS defines the ECL as the level above which the water in the mine voids at critical locations, which is where environ- mental features that need to be protected, are at the lowest elevations. AMD should not be allowed to rise to this level, to protect specific environmental features, including groundwater resources.

“The treatment of AMD and water-quality management involves immediate, short-term . . . [and] medium- to long-term plans,” DWS senior manager Marius Keet told a conference earlier this year, adding that the short-term solutions implemented to date had cost the DWS about R2-billion.

He also said the DWS would have to fund the building of desalination plants to further treat AMD and remove the saline water from the Vaal river system.

However, Winde argues that the ECL is arbitrary and is not based on any scientific research or environmental-impact assessment, which is why its levels have been changed regularly in the past.

He points out that, in 2010, the MWRG conducted a desktop study to assess how far underground infrastructure in Johannesburg’s central business district (CBD) would be affected by rising mine water levels of the Central Rand basin.

The study was undertaken in response to many media reports at the time that AMD would severely affect the stability of CBD infrastructure, particularly high-rise buildings with deep basements.

The study found that no risk of mine water flooding any part of the basement structure in the CBD of Johannesburg existed.

Winde highlights that the report also refuted claims that dolomitic ground instability in the form of catastrophic sinkholes affecting central Johannesburg would occur. The report found that there were no dolomitic formations below the Johannesburg CBD.

He notes that, under the conditions of a rising water table, many more streams contribute to ingress than is possible after decanting begins, because of the reversed hydraulic gradient.

“The higher the level to which the water table recovers naturally, the less possibility there is of ingress contributing to decant volume and treatment costs,” says Winde.

Potential geometric effects were observed in the Western basin. The closer the water table rises to the surface, the smaller the potential ingress becomes, cutting off much of the ingress. As the water table recovers, there is a natural reduction in ingress and associated decant. There is one relevant case study on the estimated reduction in ingress volume relating to decant in the Western basin, where mining stopped in 1998.

Since then, an average of 15 Mℓ/day to 20 Mℓ/day decants from the flooded void. Liefferink adds that during heavy rainfall it can decant up to 60 Mℓ/day. During active mining, pumping was measured at a maximum of 85 Mℓ/day in the 1970s at a time when the water table had to be lowered, which increased pumping volumes.

Once hydraulic equilibrium between inflow and pumping had been reached, a volume of 45 Mℓ/day was pumped by Randfontein Gold Mine and West Rand Consolidated combined, which Winde notes is nearly double what later decanted freely, illustrating the reduction in ingress that occurred once water was allowed to completely fill the underground mine void.

The research group considered that parts of this volume also related to the service water added by the mines for purposes, such as dust suppression underground.

A comparison of the volume of 45 Mℓ/day recorded in the 1970s and 15 Mℓ/day from the event on the Western basin shows a 50% to 60% reduction in the actual decant volume, compared with ingress estimates based on pumping.

Winde says the expected decant volumes in the Central basin may not reach 60 Mℓ/day to 100 Mℓ/day, as the media reported, but only half, or less, of those amounts, because the calculated volumes were based on pumping volumes that included service water, and there is an additional natural reduction as the water table recovers. He states that the situation on the West Rand shows the “severe ecological impact” of decant into a small river system. However, Winde notes that this situation might not apply to decant in the mining belt of the Central Rand, because water quality in many of the streams is already of worse quality than the water quality of the anticipated decant.

This is the case in the Western basin as water in the void stratifies with clean water overlying polluted and, thus, denser water below. The decant into surface streams of the mining belt of the Central Rand could in some instances even have a diluting effect, given the poor quality of many of these streams.

Former Tshwane University of Technology Faculty of Science Rand Water water utilisation research chair Professor Jannie Maree says the chemical cost for AMD neutralisation could be reduced by almost 50%, if lime that is currently used is partially replaced with limestone, which he says is supported by a Council for Scientific and Industrial Research (CSIR) patent.

He notes that generally lime is used, but it costs about R2 200/t, compared with limestone, which costs about R600/t.

Maree highlights that the barium process could be used for sulphate removal and has certain advantages, including that sulphur and calcium carbonate can be recovered, which are sellable products.

He also notes that AMD water only makes up 3% to 4% of the total water volume in mining areas. “If all the mine water cannot be desalinated, owing to the high cost, it may be better to remove the water that is not desalinated from the water system through evaporation.”

He proposes that mines could use the neutralised AMD water for their own processes, or the AMD water could be contained in a holding area to be evaporated out of the system or even used for certain agriculture purposes.

“There are many other technological innovations either under development or in use locally and internationally to tackle AMD. However, whatever solution is finally decided upon as the long-term solution, it must be used consistently across all AMD impacted areas and not on an ad hoc basis, otherwise no effective strategy will emerge,” Maree concludes.