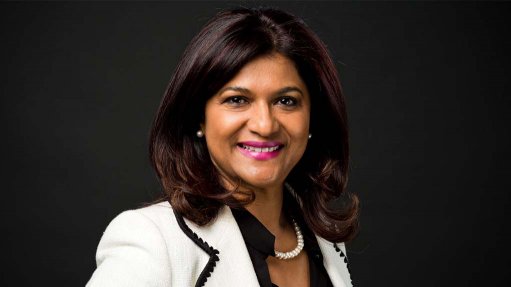 Gold miner AngloGold Ashanti produced 2.47-million ounces of gold in 2021, down from the 2.8-million ounces produced in the prior year, but within its revised guidance range and at a total cash cost of $963/oz, up from the $790/oz of 2020.

Production was lower mainly as a result of the miner significantly reinvesting across key assets, the temporary suspension of underground mining activities at its Ghana-based Obuasi underground mine, Covid-19 disruptions and secondary impacts of the pandemic, including on the mobility of labour.

Nonetheless, AngloGold closed the year with an 8% quarter-on-quarter increase in production in the fourth quarter at 659 000 oz.

The Guinea-based Siguiri mine’s output increased by 10% quarter-on-quarter and the Ghana-based Iduapriem mine its output by 10%.

Meanwhile, the higher cash costs were the result of lower gold production, the drawdown of ore stockpiles at certain operations, higher operating costs and inflationary pressures.

All-inclusive sustaining costs (AISC) for 2021 increased to $1 355/oz, compared with AISC of $1 037/oz in 2020, mainly owing to an increase in sustaining capital expenditure (capex) and higher total cash costs.

Headline earnings for 2021 were $612-million, or $1.46 a share, compared with $1-billion, or $2.38 apiece, at the end of 2020, mainly because of lower gold production, higher operating and exploration costs, as well as $45-million assigned to the care and maintenance of Obuasi.

Other impacts include restructuring and related costs ($18-million), foreign exchange ($43-million) and costs associated with the tender offer for, and subsequent redemption of, the 5.125% notes due this year ($24-million).

Adjusted earnings before interest, taxes, depreciation and amortisation – impacted by lower ounces of gold sold and higher operating costs, partially offset by the marginally higher gold price received – were $1.8-billion, down from the $2.47-billion of the year prior.

Total capex (including equity-accounted joint ventures) increased by 45% year-on-year to $1.1-billion in 2021. This increase was largely owing to a 57% increase in sustaining capex to $778-million in 2021, which includes $137-million for the Brazil TSF conversion.

Going forward, AngloGold’s production is expected to be weighted towards the second half of the year, with unit costs expected to decline at that time.

AngloGold is targeting production of between 2.55-million and 2.8-million ounces of gold for this year, with the majority of the production growth to come from Obuasi.

Over the rest of its portfolio, the miner foresees marginal improvements in production at Tropicana, Sunrise Dam, Iduapriem and Siguiri, and expects consistent performances at the remaining assets.

AngloGold reports that CFO Christine Ramon has elected to take early retirement from her current role in June, as she takes time off after the death of her husband in 2021 and to spend more time with her family in the near term.

In addition, AngloGold has appointed Terry Briggs chief development officer and as a member of its executive committee.

Briggs is set to join AngloGold in April, from Newmont Corporation, where he is currently corporate business planning VP.

AngloGold also reports that its various segment COO positions have been consolidated into a single portfolio under Ludwig Eybers, who previously held the position of international COO.

Former Africa COO Sicelo Ntuli has chosen to pursue other interests after a distinguished career at AngloGold.

Over about two decades, Ntuli held a number of corporate, technical and operating roles in AngloGold – most recently leading the Africa region through a challenging period including navigating the Covid-19 pandemic.