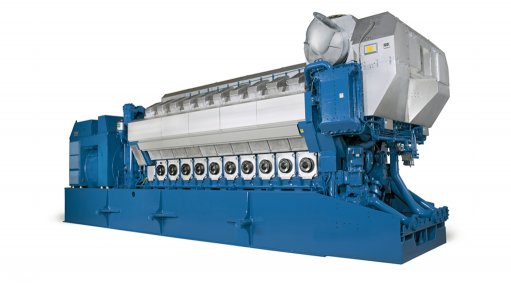 Energy technology group Wärtsilä will supply the equipment, as well as engineering and technical advisory services, for a 44 MW hybrid power plant to be installed at the Mansourah & Massarah gold mine, in Saudi Arabia.

It will be the first new build power project in the country to use a hybrid concept, with internal combustion engine and solar photovoltaic (PV) technology.

The power plant will use six Wärtsilä 32 engines, which can run on either heavy fuel oil, liquid biofuels or marine diesel oil. Five of the engines will be in operation, with the sixth engine to be used as a standby unit.

The Wärtsilä 32 engine is well established and proven in Saudi Arabia, with more than 100 units already installed in 15 baseload power plants. The order with Wärtsilä was placed in March by India-based main project contractor Larsen & Toubro.

The Wärtsilä equipment will be delivered on a fast-track basis within just ten months from the contract signing. The plant is scheduled to be commissioned by May 2021, with commercial operations to begin a year later.

Renewable energy sources, such as solar and wind, require the power plant to be able to respond rapidly to an inherently fluctuating supply, as light and wind levels are affected by direct sunlight and wind speeds throughout the day, to enable the load to be effectively balanced and consistent output maintained.

In this regard, the built-in flexibility of the Wärtsilä engine technology, which accommodates full power output being reached within minutes of being started, will enable the plant to efficiently use renewable solar energy.

Larsen & Turbo metallurgical and materials handling division Middle-East and North Africa head Amit Swarnkar notes that reliability is key for any gold mine for securing uninterrupted operations and targeted revenues in all occasions.

“The dedicated power plant will ensure that the mine can operate on a reliable and economical supply of electricity. In particular, we have selected the Wärtsilä technology because of its capability to enable the integration of solar PV into the system.”

The Mansourah & Massarah gold project is being executed by the consortium of Outotec and Larsen Toubro. While Outotec remains the key technology provider for this project, Larsen & Toubro’s responsibility includes the entire balance of plant activities, including some critical process equipment, the entire plant utilities, power generation and distribution, as well as the civil and structural works, together with the complete plant installation activities and commissioning support.

The Mansourah & Massarah project is Saudi Arabian Mining Company’s (Ma’aden's) largest ever gold project, estimated to produce an average of 250 000 oz/y of gold over the life of the mine.

The on-site processing plant will be capable of processing up to four-million tonnes a year of the complex refractory ores contained in the deposit – the first time such ores have been mined and processed in the Middle East.

The project is commissioned, and the mine will be operated by Ma’aden Gold and Base Metals Company, a wholly owned subsidiary of Ma’aden as part of the Saudi government’s Vision 2030 initiative to diversify the national economy and promote the mining sector.