With sanctions lifted, Rusal says it's business as usual 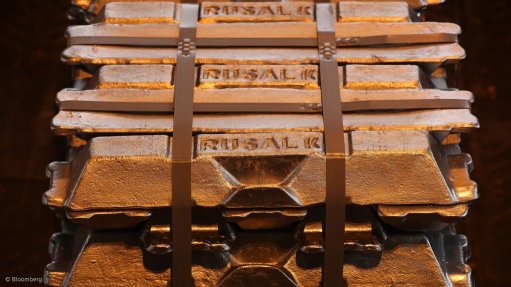 HONG KONG/MOSCOW – Rusal, the world's largest aluminium producer outside China, said on Thursday its business was back to normal after U.S. sanctions were lifted in January, and reiterated a positive outlook for the global aluminium market.

The company said sales were gradually returning to levels seen before the US Treasury imposed sanctions on the company and other businesses linked to Russian tycoon Oleg Deripaska in April 2018.

The sanctions, and Rusal's inability to fully take part in the industry's annual "mating season", when producers and clients seal 2019 metal supply agreements, weighed on US and Asian sales last year, Rusal's sales director Roman Andryushin said on a call after the company reported annual results.

With sanctions lifted, Andryushin said Rusal was confident it can restore sales in both regions to previous levels during the second half of 2019.

"In Asia we are already mostly there... 80% of normal performance in Asian region will be reachable in second half of the year," he said.

The group is preparing to restore previous contracts with clients and is also talking to new clients.

"From the business point of view, after sanctions were lifted, we are back to normal course of business," Oleg Mukhamedshin, director of strategy at Rusal, said.

Rusal reported a net loss for the fourth-quarter, when the company was still under sanctions.

Rusal, the world's second-biggest aluminium producer after China's Hongqiao, said 2018 revenues were up 3.1% to $10.28-billion, compared to the previous year's $9.97-billion.

This reflected gains in the London Metal Exchange (LME) aluminium price, which rose 7.2% year-on-year, supporting company revenues despite a 7.2% drop in sales of primary aluminium and alloys across 2018.

The lifting of US sanctions on Rusal in January depressed aluminium prices on concerns that global supply would rise.

Rusal said last month it expected aluminium demand to grow this year and prices to rise.

"Looking ahead into 2019 and the year ahead, we expect aluminium demand to recover after the trade wars and supply shocks of late 2018," chief executive officer Evgenii Nikitin said in a statement on Thursday.

Rusal expects global aluminium demand to rise by 3.7% year-on-year in 2019 to 68-million tonnes, compared to the 3.6% demand seen in 2018. It also forecast that markets outside China would be in heavy deficit in 2019.

"We expect the overall deficit in the world ex-China at around one-million tonnes this year," Mukhamedshin said.

The company has previously said it expects output of 3.8-million tonnes in 2019.

Rusal said its fourth-quarter adjusted earnings before interest, tax, depreciation and amortisation (EBITDA) fell 38.1% from the year ago period to $363-million, while revenue was down 13.8% year-on-year to $2.37-billion.