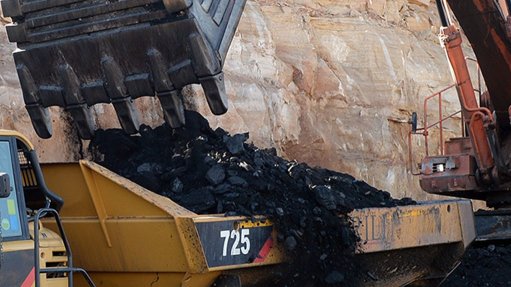 Activity at Wescoal mining in Mpumalanga

JOHANNESBURG (miningweekly.com) – Coal-mining and trading company Wescoal on Monday voluntarily updated shareholders on its operations, strategic projects and milestones as well as its quarterly production and sales figures from its operating assets.

It stated that its Covid-19 response plan involved all operations developing standard operating procedures (SOPs) and codes of practice (COPs) in line with national legislation.

Business continuity plans were in place and quarantine facilities had been secured for employees without self-isolation facilities. To date, there had been no reported and no confirmed cases at any Wescoal site.

Mining Weekly can report that the company's current strategic priorities remained optimisation of operations and scale-up primarily through the development of organic opportunities.

Trollope Mining Services, the company said, had been appointed as the boxcut contract mining company at the Moabsvelden greenfield project. Mobilisation and site establishment in June included access road, perimeter fencing, mine entrance and office construction, with boxcut development scheduled to begin on July 1.

Describing Moabsvelden as its mining division's key ‘greenfield' development, Wescoal stated that Moabsvelden was poised to supply coal to Eskom's new Kusile power station for ten years, at an ultimate rate of some three-million tons of coal a year.

Capital expenditure (capex) of between R250-million and R290-million would be required for first phase boxcut development and the auxiliary infrastructure needed to start mining and produce RoM in the first half of next year (H1 2021). Capex for the second phase was expected to be similar to that of the first phase, with phase two's coal handling and processing plant taking the project to 200 000 t/m of RoM production in early H1 2022. A significant portion of second-phase funding for the crushing, screening, coal handling and preparation plants would be provided by third-party plant contractors.

At the conclusion after 18 months of the first and second phases, Moabsvelden would then be able to supply two-million tons to 2.1-million tons of coal a year to Eskom.

To reach the full contractual supply to Eskom of three-million tons of coal sales a year, the VG6 underground mine would be developed in the project's third and final phase. The third-phase's timeframe and capex would be confirmed in due course, Wescoal stated, adding that the project promised attractive returns, above the average cost of capital.

The 190-million-ton Arnot coal mine would commence production activities during H2 2020, and not in the first half of this year, as previously expected, and still pending was Eskom's response on the coal supply tender for Arnot power station, which was submitted in April last year. Management was continuing to engage Eskom and the Department of Mineral Resources and Energy on rehabilitation cost settlement terms. Arnot was positioned to belt convey coal directly to Eskom's Arnot power station.

Both Vanggatfontein and Khanyisa mines were being extended to replace their current mining pits.  Khanyisa Triangle had been extended with the opening of a new boxcut on the low-strip-ratio Triangle 2 area, where first coal had been reached ahead of schedule and on budget. Towards the end of this financial year, Triangle 2 would replace Triangle 1 and Catwalk pits as the single producing pit in Khanyisa.

The extraction of the first coal from the extension of Vanggatfontein and the opening of the pit 5 boxcut was being pursued as a joint development with a neighbouring mining right holder, which would further enable extraction of 450 000 t boundary pillar coal that would otherwise have been sterilised. This pit would replace the depleting VG3 pit to maintain current production levels at Vanggatfontein.

Wescoal reported that group coal production of 1 808 000 t was 27% up on the corresponding quarter ending March 2019 and 23% up on the preceding quarter, which had been affected by unprecedented rainfall interrupting production.

A new fleet of primary earthmoving equipment and access to multiple and increased face lengths at Vanggatfontein resulted in 80% of targeted production being attained.

Elandspruit opencast production increased 39% on the corresponding quarter of last year and 26% on the immediately preceding quarter, owing to increased face length and the deployment of additional equipment to increase the production rate. The underground section of Elandspruit was expected to resume production during 2HFY21, Mining Weekly can report.

Mining segment coal sales for FY20 were 13% higher at 5 554 000 t and sales for the Q4FY20 9% higher at 1 488 000 t. At group level, the additional sales were offset by lower volumes from Khanyisa, which was impacted by heavy December flooding.

Wescoal said group profitability for FY20 had been significantly impacted, resulting in significant losses during FY20, particularly at Vanggatfontein, where several months of production were below break-even levels.

Elandspruit achieved record production for FY20 despite geological conditions requiring more overburden and increased hard material needing to be moved at a significant additional cost of R60-million when compared to FY19.

The flooding of Khanyisa's pits coincided with labour action resulting in production downtime of four weeks in January but production ramp-up efficiency ensuring 100% capacity restoration by March. Much lower sales in December and January resulted in most of the second half losses.

Despite significant headwinds and the downturn in profitability, positive cash generation from operations was maintained with earnings expected to be R300-million.

While debt covenants were under pressure as a result of operational performance, the lenders confirmed continued support and the funding facilities presented sufficient headroom for operational needs and for current development projects.

The capex budget was being reviewed to defer nonessential spend and projects were being optimised to reduce capex still further where possible. In addition, the across-group cost saving exercise being undertaken was focusing particularly on bulk procurement initiatives with mining contractors, supply chain efficiencies and a review of overhead structures at the Woodmead and Isando corporate offices.

Wescoal said it was monitoring the Covid impact on sales volumes with certain offtake levels slightly lower during May and June owing to low energy demand and slow economic activity startup. This was expected to normalise as the economy increasingly opened up during July.

During Q4, RoM production rates continuously increased, mainly from Vanggatfontein and Khanyisa. Having closed Q4 at 98% of the targeted monthly production rate, sustaining production at this level was expected to deliver a RoM figure of eight-million tons a year. All operations are running at targeted run rates, with an average of two weeks of RoM and product stockpiles.

Interim Wescoal results are expected to be released on July 21. To attend the virtual presentation, shareholders can email IR@singular.co.za