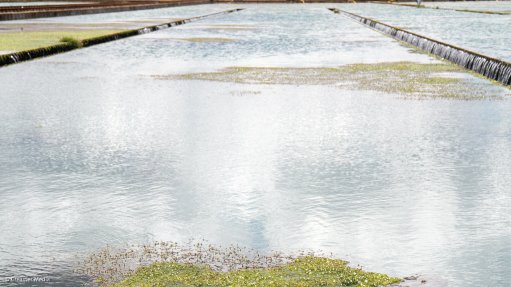 It notes that water is not only a vital resource in the mining process, but mines also use a significant amount of water in a variety of ways. Water is used for processing ore, smelting and refining, dust suppression, slurry transportation, cleaning of equipment and for use by employees.

While mining companies have become more efficient at managing their water use through recycling, Moody’s says miners still face elevated risks with securing sources for new and existing projects because of the locations of the mines.

Additionally, many mines are often located in countries where water is either scarce or competes with the local population requirements, such as Peru, Chile and even parts of Africa.

For miners in locations with high water stress levels and continued pushback from local communities, Moody’s suggests that companies will have to spend more capital on securing new water sources, with seawater desalination an alternative option to recycling water.

However, even with a commitment to include a desalination plant, communities may still have water security and environmental concerns.

Operating costs are likely to increase as desalination plants are much more energy intensive compared with pumping and treating water through the recycling process. In addition to the higher costs associated with increased energy consumption, desalination plants also produce waste – known as brine – that has to be properly disposed of.

This option, Moody’s says, can make it costly to obtain the necessary water for operations, increase capital costs for new mine development and it also poses increasing availability challenges.

However, the agency says mining companies rely on multiple sources for water for their operations including ground and surface water, which in various regions compete with water requirements of the local communities.

This has resulted in protests in countries such as Peru and Mexico.

As a result, the cost of securing reliable water sources will continue to be an elevated risk for mining companies in the future because of stricter environmental regulations, pushback from local communities and depleting surface and groundwater levels.

The development of new technologies to reduce water intensity and increase the amount of recycled water used will be necessary to maintain production levels within the industry, although it will impact on the length of time to bring a project into production.

Increasingly rigorous requirements for aspects such as water availability, management and tailing dam construction will also contribute to increased project delays and will require mining companies to have a stronger financial profile given the inherent volatility in the industry, Moody’s notes.

Climate change is expected to become another contributing factor in elevating the risk owing to its influence over environmental regulations and contribution to depleting water levels, Moody’s adds.

As a result, operating costs and capital expenditure are likely to increase as companies become more efficient with their water use and spend additional capital by investing in technology – such as desalination – to secure reliable sources of water without disrupting resources used by local communities.

With the increasing focus on climate change, sustainability and investor sentiment, the mining industry overall has to become more focused on transparency, setting targets for reducing their water intensity and recognising the need to work with all constituents, Moody’s advises.

As an example, the agency referred to the expansion of the Cerro Verde copper mine, in Peru, with its collaborative undertaking with local constituents including the provision of clean drinking water and a wastewater collection and treatment programme. This, Moody’s says, benefitted both the company and the local community.