Water preservation essential for mine 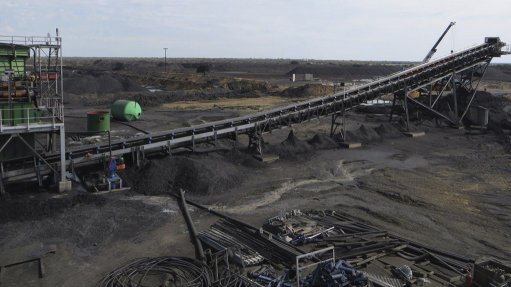 Coal mining and trading company Minergy Coal completed the installation of two-phase water-efficient technology at its Masama coal mine, in Botswana, in March.

A dewatering circuit and filter press were integrated into the plant’s process, recovering a minimum of 35% of the mine’s previous water consumption. The Masama mine, in the Mmambula coalfield, is the first privately owned coal mine in Botswana, and is now also the first opencast coal mine in Botswana to use this technology.

Dewatering and filter technology is not new to the market and is widely used in South Africa, but with the value of diamonds steadily declining, Botswana is shifting its focus to other commodities that are more economically viable in the long term such as coal.

Progress in this regard is being made at an expeditious rate, including acting more sustainably in terms of the country’s resources, says Minergy CEO Morné Du Plessis.

He says the quality of Botswana’s coal resources compare favourably with coal grades available to the international market and, unlike that of South Africa, the coal ash component is relatively low, which means the end-user requires less coal to produce energy and has less waste to handle.

South African coal production is largely static and will decline going forward, with no new significant operations being developed to fill this gap, adds Du Plessis.

For example, Botswana is a country prone to drought that needs to ensure water preservation while making strategic advances. Since the installation of the dewatering circuit and the filter press, a significant amount of input water has been safeguarded, Du Plessis explains.

“Before the installation of the dewatering circuit and filter press, we were using about 250 ℓ of water for a ton of coal; now, we’re seeing numbers of less than 150 ℓ/t. That’s a significant drop in water usage.”

The beneficiation of coal is water intensive, with most of the input water being used during this process. Further, water assists in managing the dustproduced during the processing stage and when overburden is removed – the water supresses the dust to prevent dust pollution in the air.

Although the designs of the dewatering circuit and filter press are different and the equipment services different parts of the operation, the fundamental objective and result of both remain the same: to recover and recycle water and pump it back into the plant, says Du Plessis. In addition, normally discarded product is now available for sale.

All the –1 mm fine material is pumped to a high frequency dewatering screen. The screen removes all the excess water from the material, producing a manageable dry fine material ready for dispatch.

Both water and product would have been discarded prior to the installation of this technology.

In any dense media separation plant, there is super fine material present which cannot be beneficiated with normal wash plant equipment. This super fine material is usually a –125 micron size. A thickener is used as a water treatment vessel and separates fairly clean water from the fine impurities in the suspension. With this material settling to the bottom of the thickener, it creates a thick suspension known as slurry.

Slurry is usually disposed into slurry ponds unless a filter press is used. The press will receive the slurry suspension in chambers which are called plates. These plates are covered with fine cloth material to allow water to drain through the cloths when pressed together at high pressure. Water is then recovered and the dry slurry will fall out of the thickener as dry cake.

This cake is transported by truck for sale or disposal on a waste dump.

Minergy Coal uses a lot of water from underground aquifers and is supplied by seven boreholes. Botswana is not necessarily a water-scarce country, the challenge lies more with accessing the water the country does have, which is predominantly underground, notes Du Plessis.

Environmental sustainability, not only in terms of water efficiency, but in all aspects, is essential to Minergy Coal, he concludes.