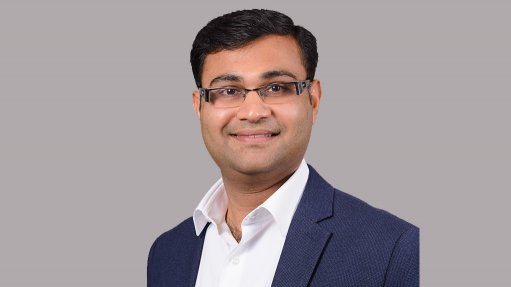 JOHANNESBURG (miningweekly.com) – The board of directors of Vedanta Zinc International (VZI) has approved a R7-billion investment into the Gamsberg Phase 2 expansion project in the Northern Cape, which will double the mine and plant capacity from four-million tons to eight-million tons a year.

In metal terms, it will increase output from 300 000 t to half-a-million tons of metal a year.

Vedanta is committed to producing ‘green’ zinc from this expansion to make the province emission free and the company is at an advanced stage of locking in a renewable energy contract, to ensure greenness and decarbonisation.

Singla, who spoke to Mining Weekly in a Zoom interview, says construction of the project will take 18 to 22 months and bring significant socioeconomic benefits to the Northern Cape, including 2 000 to 2 500 jobs during construction and 800 to 1 000 permanent jobs upon completion. This is in addition to the 2 700 people already employed at the mine.

It will form part of the Namakwa Special Economic Zone, which government is expected to approve soon, and contribute to secondary industries and downstream beneficiation.

“We are trying to convert our tailings into one of the best quality high quality magnetite. So, on the one side we will reduce the impact on the environment, on the other side we will create another product line and employment for another 250 people in the Northern Cape,” said Singla.

Phase 2 will require 18 months of construction and three months of commissioning and ramp-up.

“So, 21 months from now, we’ll have first production,” says Singla.

“In terms of funding, we always believe that we must earn the money to invest the money, so our first focus is to fund this project from internal funds. But we always want to ensure that we have enough flexibility, so all the South African banks, together with RMB and Nedbank, are working closely with us on this project,” he adds.

A prefeasibility study is under way for the setting up of a smelter and refining in Namibia remains on the cards, with the cost of power being key.

Logistics to the Port of Saldanha, which is 600 km away, are described as being very good. In the absence of smelting, concentrate is moved to the Middle East, China and Europe, with transport having to be expanded to match growth.

Unique succulent Karoo biodiversity covers 83 000 km2 of arid South Africa and Namibia and contains the largest number of succulents for a region of this size.

Conservation and nursery work have thus been under way to ensure that all plants are replaced during the rehabilitation process.

VZI, which has signed a biodiversity agreement with government, prides itself on being fully compliant.

Vedanta Group chairperson Anil Agarwal is an adviser to President Cyril Ramaphosa on the Presidential Advisory Committee on Investments in South Africa.

In July 2015, Mining Weekly reported on the first blast taking place to signal the start of VZI’s Phase 1 at Gamsberg. Phase 1 involved the development of the 250 000 t/y opencast zinc mine, concentrator plant and associated infrastructure at Vedanta subsidiary Black Mountain Mines at the mining town of Aggeneys, 113 km northeast of Springbok.

Vedanta began developing the mine at that stage as part of its overall three-year $782-million Southern African Gamsberg-Skorpion integrated zinc project, which included the development of an integrated roaster at the Skorpion Zinc refinery in Namibia, to enable it to treat zinc sulphide deposits from Gamsberg mine to produce high-grade zinc, and also extend the life of the Skorpion zinc operation, which had previously be earmarked for closure.