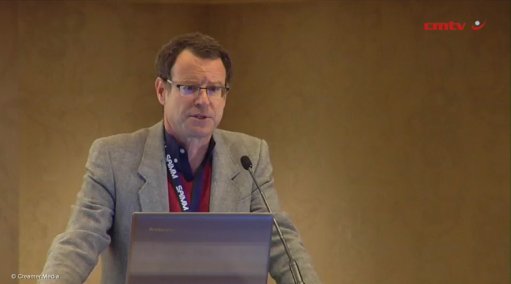 JOHANNESBURG (miningweekly.com) –The rebuilding of key strategic relationships across the value chain of the platinum group metals (PGMs) sector is essential for the survival of the industry, Mining Phakisa coordinator Edwin Ritchken states in the book The Future of Mining in South Africa: Sunset or Sunrise, published by the Mapungubwe Institute for Strategic Reflection.

His comments arise at a time when the PGMs-hosting western limb of the Bushveld Complex is at a crossroads, brought about by significantly diminished demand for platinum.

Current challenges facing the sector call for collaboration at the highest level to stave off the potential long-term damage to the economy of the North West province that the demise of deep-level PGMs mining would cause.

In Chapter 3 titled, 'A Vision for South Africa’s PGMs, the Gold of the 21st Century’, Ritchken emphasises the need for a commodity-specific vision for each metal within the group, owing to the absence of ‘natural’ demand for PGMs.

Given the necessity for demand to be derived through a continuous process of PGMs-based technology development and commercialisation, he highlights the need for ongoing coordinated investment in mining, new PGMs applications and the development of markets for those applications.

As four major mining companies and five major technology developers account for 85% of the global market, the sector lends itself opportunely to strategic partnerships across the length and breadth of the value chain.

Critically important now, he writes, is for government, together with the Public Investment Corporation and the mining industry – including mining company boards of directors – to rebuild those key strategic value-chain relationships with the help of an enabling policy environment.

However, the problem is that there is a high level of distrust among stakeholders, which makes the building of a broad consensus around an industry strategy very difficult.

“In the absence of such initiatives, the sustainability of the industry at anything like its present scale will be at severe risk,” warns the coordinator of the Mining Phakisa, a collaborative initiative between government, industry and civil society to address the challenges confronting the mining cluster.

South Africa, which supplies 70% of global platinum demand, hosts more than 90% of the world’s known platinum reserves. This amounts to 69-million kilograms, which is worth more than $2-trillion. Russia, the US, Canada and Zimbabwe make up the balance.

World platinum resources, as opposed to reserves, are estimated at more than 100-million kilograms.

PGMs play a critical role reducing poisonous gas emissions from vehicles and are a key element in unlocking the hydrogen economy, which is being advocated to curtail climate change.

The six PGMs – platinum, palladium, rhodium, osmium, ruthenium and iridium – occur together in nature alongside nickel and copper. Platinum, palladium and rhodium, the most economically significant of the PGMs, are found in the largest quantities. The remaining PGMs are produced as co-products. South Africa is the world's leading platinum and rhodium producer and the second largest palladium producer after Russia. South Africa's production is sourced entirely from the Bushveld Complex, the largest known PGMs resource in the world.