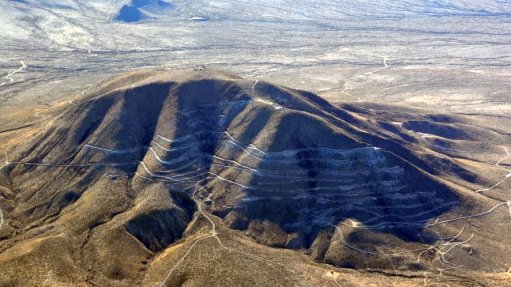 Critical minerals miner USA Rare Earth is fully funded through the completion of a definitive feasibility study for the Round Top heavy rare-earth and lithium project, in Texas, the company announced on Thursday.

USA Rare Earth has completed funding of $50-million and said that it had exercised an option to own 80% of the Round Top mine.

The company reported that part of the DFS included the prefeasibility study, pilot plant and a demonstration plant to be built at the Round Top site later this year.

“This will enable us to expedite bringing Round Top into production and provide the necessary materials for EVs [electric vehicles] and advanced manufacturing, including the essential materials for chipsets, semiconductors and 5G, all of which are hosted at Round Top and are the focus of President Biden’s recent executive order,” said CEO Pini Althaus.

The Round Top joint venture has received construction stormwater permits from the Texas Commission on Environmental Quality and has started a 20 000 t bulk sample to support the feasibility studies and the demonstration plant.

Althaus said that the company was nearing a decision on the site for its sintered rare earth permanent magnet plant, which would be in production in the second half of 2022.

“We are well positioned to re-establish a fully-integrated, environmentally-friendly and US-based mine-to-magnet and mine-to-battery supply chain,” he affirmed.

Based on a 2019 preliminary economic assessment (PEA), Round Top has a pre-tax net present value, using a 10% discount rate, of $1.56-billion based on a 20-year mine plan that is only 13% of the identified measured, indicated and inferred resources. The PEA estimates an internal rate of return of 70% and average yearly net revenues of $395-million a year after average royalties of $26-million a year payable to the state of Texas.

Based on the cost estimates set forth in the PEA, Round Top would be one of the lowest-cost rare earth producers, and one of the lowest cost lithium producers in the world. The Round Top deposit hosts 16 of the 17 rare earth elements, plus other high-value tech minerals (including lithium), including 13 of the 35 minerals deemed “critical” by the Department of the Interior, and contains critical elements required by the US, both for national defence and industry.

The company will continue to explore additional financing as required with its advisers, Goldman Sachs and Bank of Montreal.