US thermal coal producers to benefit from increased demand – Moody’s 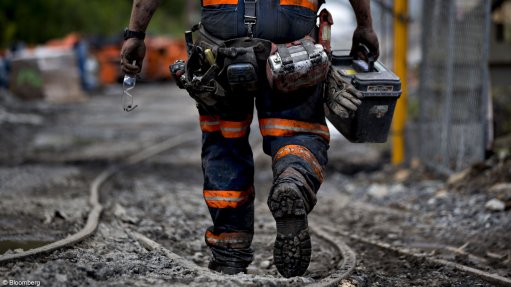 Credit rating company Moody’s Investors Service expects the earnings of US-based thermal coal producers to improve this year on the back of US coal consumption having increased by between 5% and 10%.

However, the secular decline in demand for thermal coal will persist throughout the 2020s, it suggests, adding that the US administration, under the leadership of President Joe Biden, will likely accelerate its erosion in the country, straining credit quality for thermal coal producers and intensifying the environment, social and corporate governance-related risks that diminish their access to capital.

As such, Moody’s states that US coal prices will remain subdued this year, even with consumption and demand rising; while exports will rise modestly on stronger pricing.

However, the firm’s forecast is more conservative than the US Energy Information Administration’s (EIA’s) expectation of 581-million tons of production this year.

In this regard, Moody’s assumes the electric power sector will consume less thermal coal than the EIA forecasts, and that power generation demand will fall short of the EIA’s forecast of 505-million tons of consumption this year; however, this is still up from 437-million tons of 2020.

Taking into account the expectation that production will increase only modestly, Moody’s expects that some mines that were idled as a result of weak market conditions in 2020 will not restart production in the near term.

Meanwhile, the firm notes that seaborne thermal coal demand and prices in the Asia-Pacific region have strengthened in recent months amid cold winter weather in China – the world’s largest thermal coal importer, which recently reiterated coal production targets, and supply constraints in coal exporting countries including Russia and Indonesia owing to adverse weather.

Further, lower coal imports by China from Australia as a result of geopolitical tensions will benefit coal producers in countries such as Indonesia, Russia, Mongolia and the US, states the firm.

In this vein, Moody’s expects US thermal exports to increase to about 30-million to 35-million tons this year, up from an EIA-estimated 27-million tons in 2020.

Moreover, Moody’s states that US producers represent a small and swing position in the global traded market for thermal coal.

The firm also expects that freight rates could become a more significant concern, both as demand recovers in the near term and as railroads continue to move away from coal over a longer horizon.