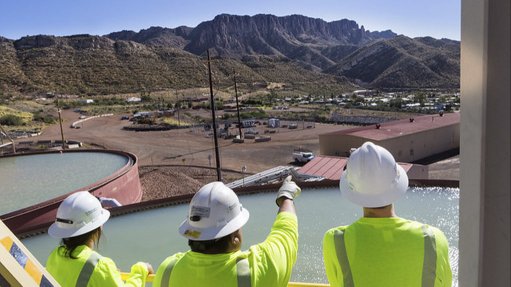 LONDON/HOUSTON – A leading British local government pension group has urged mining giants Rio Tinto and BHP to clarify how they intend to protect the environment in and around an Arizona copper project that is opposed by many Native American tribes.

The Local Authority Pension Fund Forum (LAPFF), a shareholder in both firms, said this week that it had written to them to ask how the US project, which could be approved within days, will affect local communities, as Native American tribes say it could destroy cultural and religious sites.

Clashes are becoming more frequent between indigenous groups and mining companies eager to produce more copper for electric vehicles and other green technologies.

Rio Tinto and BHP, via their subsidiary Resolution Copper, have sought for years to access the copper deposit in Arizona. A land swap, proposed in 2015, is now expected to be approved by the outgoing US administration, which is moving to loosen mining regulations before leaving office on January 20.

Rio Tinto, which is the project's majority owner and operator, said the land swap would be "just one step in an ongoing permitting and feasibility study process over coming years, before any decision on investment to proceed".

The company sent a letter to Native American tribal leaders last month in which it committed to working with tribal groups and seeking their consent.

The underground copper deposit in the Tonto National Forest abuts the San Carlos and Fort Apache Indian reservation, which the local tribes consider the home of religious deities and where they hold tribal ceremonies.

LAPFF, whose member schemes manage more than £300-billion ($400-billion) in assets, has direct holdings in both Rio Tinto and BHP.

It opposes the use of block caving, expected to be the method chosen for the project, its chairman Doug McMurdo told Reuters.

In block caving, a large section of rock is undercut to create an artificial cave that collapses under the weight of the rock above.

"Over the past couple of years, LAPFF has engaged extensively with communities affected by mining operations in Brazil, Australia, and the US," McMurdo said in a statement.

LAPFF is in contact with other pension funds and shareholders of the mining companies.

The destruction of Australia's 46 000-year-old Juukan Gorge rock shelters by Rio Tinto last year sparked public and investor uproar that ultimately led to the resignation of its chief executive and two deputies.