Trans Hex diamond prices down in line with global slump 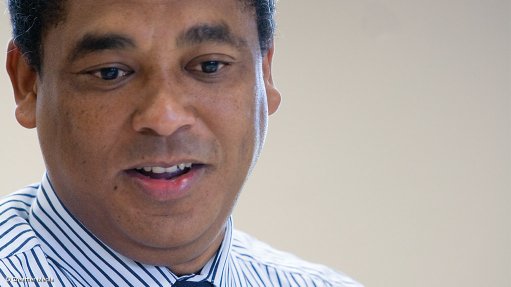 JOHANNESBURG (miningweekly.com) – The average prices that Trans Hex received for its rough diamonds at tender sales this year have been down, in line with a global slump in rough diamond prices.

Challenging market conditions and low demand from China and India slowed trading considerably, in a market that was already feeling the pressure of a global downturn, the company headed by CEO Llewellyn Delport said in a Stock Exchange News Service announcement on Tuesday, when the company’s share price fell 1.67% to 235c a share.

Trading and rough diamond prices were expected to remain subdued for the remainder of 2015, the company added.

Average prices for production from current operations were 21% lower in dollar terms and 9% lower in rand terms than prices in the 12 months to March 31.

Seven single diamonds from the Lower Orange River Operations were sold for more than $10 000/ct, with sales from West Coast Resources – in which the JSE-listed company has a 40% shareholding –  amounting to R6.9-million and output from the Kleinzee tailings dumps averaging $170/ct.

May, June and September tender sales of production from the JSE-listed diamond mining company’s wholly owned South African operations amounted to R236.1-million, with the 20 570 ct sold averaging $896/ct and the exchange rate at R12.81 to the dollar.

South African production in the five months to August 31 totalled 20 839 ct, with West Coast Resources, in which Trans Hex has a 40% stake, producing 4 490 ct in the same period.

Operations at West Coast Resources’ Namaqualand mine, in the Northern Cape, began in December and full production is expected early in 2016.

Production at Somiluana mine in Angola, in which Trans Hex holds a 33% stake, totalled 63 834 ct for the five months.

Trans Hex expects to release its interim financial results for the six months to September 30 in early November.