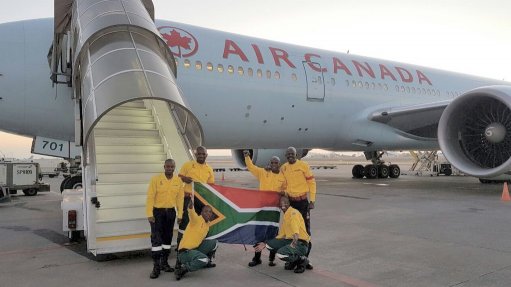 About 300 South African firefighters have arrived in Edmonton to assist combating the Alberta wildfires
Photo by: Air Canada