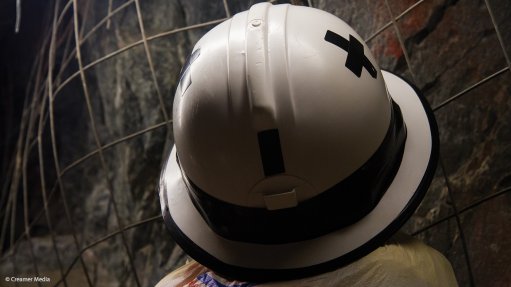 Other nonmetallic minerals, however, made a significant positive contribution (20.5% and contributing 1.2 percentage points).

Further, seasonally adjusted mining production decreased by 3.5% month-on-month in November. This followed month-on-month changes of 1.7% in October and 0.8% in September.

Nedbank posited that growth prospects for the mining sector remained subdued as a result of the resumption in load-shedding, elevated operational costs and an unfavourable policy environment.

Also commenting on the statistics, Investec said unpredictable electricity supply continued to undermine operational efficacy, while the constrained global demand for industrial metals was weighing on the country’s export potential.

Moreover, it noted that heightened rotational load-shedding in December once again forced many large miners to scale back production. The company anticipates this will negatively impact the fourth quarter of 2019’s headline outcome, with the mining sector likely to detract from the period’s gross domestic product.