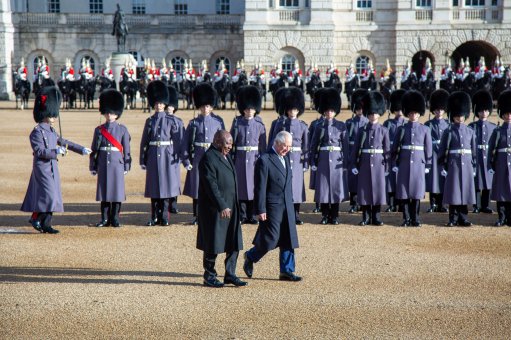 President Cyril Ramaphosa is on a State visit in the UK

South Africa will receive further technical assistance from the UK, to advance the former’s hydrogen economy ambitions, the South African Ministry of Higher Education, Science and Innovation announced on Tuesday. Separately, the UK government confirmed the provision of this assistance, and that it would be funded by grants.

The assistance would be provided through the UK Partnering for Accelerated Climate Transitions (UK PACT) initiative. The expanding hydrogen economy provided growing commercial opportunities, including for UK companies in South Africa. For example, UK company Hive Energy has a £5-billion project to build a solar- and wind-powered green ammonia plant in South Africa.

“The UK PACT support has already enabled the sharing of expertise contributing to South Africa’s Hydrogen Society Roadmap and has funded soon to be released work on the employment opportunities and skills that will be needed in South Africa’s green hydrogen economy,” said the South African Ministry in its statement. “Both South Africa and the UK have recently published hydrogen strategies aimed at developing a thriving low carbon hydrogen sector.”

Higher Education, Science and Innovation Minister Dr Blade Nzimande was accompanying President Cyril Ramaphosa on his State Visit to the UK, on Tuesday and Wednesday. After that, the Minister would proceed to Teesside, in northeast England, to see the Hydrogen Hub being established there. This strongly paralleled South Africa’s plans to create a Hydrogen Valley.