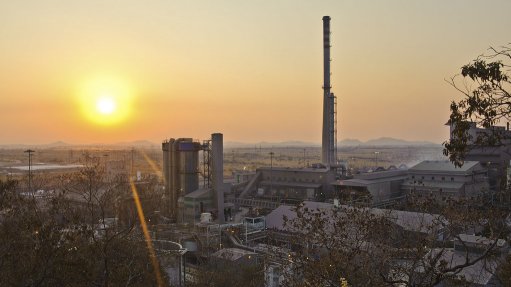 JOHANNESBURG (miningweekly.com) - Precious metals miner Sibanye-Stillwater has launched the Marikana Renewal Programme to tackle the legacy of the Marikana mine following the August 16, 2012 killing of 34 mineworkers by the South African Police Service.

Sibanye acquired the Marikana mine when it bought out Lonmin in 2019. The renewal programme is a multi-stakeholder, collaborative and facilitated process to co-create a sustainable and positive future at Marikana.

Since the acquisition of the Marikana operations, Sibanye-Stillwater says it has intensified efforts to pave the way for healing, more inclusive engagement and, ultimately, renewal.

CEO Neal Froneman says that when Sibanye acquired Marikana, it understood an integral part of the assimilation of its operations would be the need to recognise the events that unfolded between August 10 and 16 in which a total of 44 people lost their lives.

Assuming that responsibility also means that Sibanye needs to understand what the 2012 incident means for the families of those who were killed, he adds.

“In many ways, these events represented an inflection point in South Africa and in the mining industry. We know that as a company we did not even exist at that time, but despite that we believe we have an important role to play going forward.”

Patron of the Marikana Renewal process Archbishop Thabo Makgoba says that while many people impacted by the 2012 incident may think they have moved on, they need to recognise that those intimately and cruelly affected will continue to need to have their pain acknowledged.

“They will continue to need help and support to move on with their lives. And to that end, all the partners in the process need to genuinely want to be part of the solution.”

Froneman adds that Sibanye hopes, through delivering tangible and sustainable programmes for the benefit of local communities around Marikana, a new legacy of healing and hope will emerge. To this extent, he says the renewal vision is built on three core blocks, the first being to honour the lives that were lost, and to support those for whom the loss was the greatest.

As such, the miner has erected a wall of remembrance at the main entrance of the Marikana operations in acknowledgment of the victims of the tragedy.

In addition to this, Froneman says, Sibanye will provide ongoing counselling to the widows and their children and has committed to building for the widows the outstanding houses agreed to. “So far, we have handed over seven houses and eight are at different stages of construction. The delivery of the 15 outstanding houses will be completed by the end of this year.”

Through the Lonmin memorial fund, Sibanye has supported the education of 89 dependants at a total cost of R3.6-million, with five of these dependants having completed their final year of school in 2020, and a further nine being at tertiary level.

Further, he says an important part of honouring the lives that were lost is pursuing justice and Sibanye is committed to do this, with the process “well under way”.

The second building block is that of engagement, through which the miner is prioritising its listening and speaking to affected communities. “We need to collaborate and not impose, and we need to forge a mutually beneficial way forward, knowing that as a company we are but one role player in the community in which we live and work,” says Froneman.

Through these efforts, he says the company’s relationship and engagement with “doorstep communities” in South Africa is expected to be greatly enhanced this year. “We need to build strong foundations for this process to be successful, based on inclusive representation and trust. With this in mind, key community stakeholder engagement has begun.”

In addition, Froneman says Sibanye will be guided by public benefit organisation Reimagine South Africa to ensure a responsible approach for navigating opportunities and challenges from the perspectives of key stakeholders in a meaningful way.

Through this collaboration, Sibanye is following the Letsema Process, which aims to facilitate conversations to promote “walking together”, he says. “Key to building trust, the Letsema process is iterative in nature, requiring a series of meetings with stakeholders through various phases of engagement.”

The third building block is Sibanye’s opportunity to create, or more specifically to co-create, social and economic development, notes Froneman.

Firstly, by better managing its business in a responsible way, he says the company will be able to create and sustain jobs and pay salaries and wages to employees who live and work in the community, and to pay taxes and royalties.

This will channel a stronger flow of value into the local community through local procurement, creating direct and indirect economic opportunities that will ultimately lead to economic upliftment and social wellbeing, says Froneman.

“Being a good neighbour,” he says, is part of Sibanye’s social and economic compact with the communities. “At the heart of this renewal programme is a commitment to invest in and sustain our operations, our people and our communities.”

As the tenth anniversary of the Marikana incident approaches in 2022, Makgoba says all those affected and impacted need a new reality which reimagines the future of Marikana.

“A community that is united, has found healing and is working at restoring itself, and gearing itself up for greater heights.”