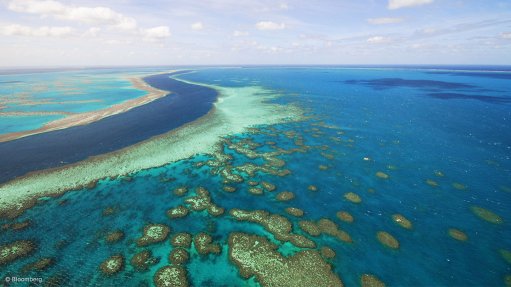 The proximity of Central Queensland Coal’s proposed operation to the reef, off the country’s northeastern coast, other key ecological sites and groundwater ecosystems make it unsuitable to proceed, the state government’s department of environment and science said in a statement.

With an estimated operational life of 19 years, the project would “pose a significant risk to the saltmarsh, mangrove, seagrass and coral communities of the Great Barrier Reef World Heritage Area, and to threatened marine migratory species,” the department said.

A final decision on rejecting or approving the company’s plans will now be made by Australia’s Environment Minister Sussan Ley, most likely within the next 30 days. Central Queensland Coal is owned by Clive Palmer, a vocal businessman who’s used his mining sector fortune to make forays into politics and served for a single term in Australia’s lower house after winning a seat in 2013.

New coal projects remain a bitterly divisive issue in Australia. Environmentalists and climate activists have used lawsuits and street protests to oppose developments, while Prime Minister Scott Morrison -- who famously branded a lump of the fuel in parliament -- has frequently offered support to a sector that’s a key driver of export earnings and a source of jobs in communities where he’ll seek support at a national election expected next year.

Central Queensland Coal intends to address potential impacts to the environment and groundwater resources, managing director Nui Harris said in a statement. The firm “will work closely with the department to mitigate these impacts, with a view of applying for an environmental license in the near future, to commence operations,” Harris said.