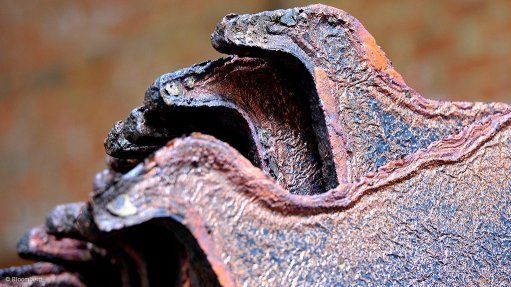 SANTIAGO – Codelco and other copper mining giants are set to plow billions of dollars into the revitalisation of Chile's mines, but that may not be enough to keep the country from losing ground to competitors elsewhere in the world.

Demand for copper is widely expected to take off by the mid-2020s amid a boom in electric vehicle production, but Chile is saddled with mines facing crippling declines in ore grades and a system that allows the bulk of its exploration concessions to sit idle.

"Chile is a fantastic country to work in. The question then comes, if it has all this potential, why are we not seeing growth in exploration?" said Anthony Amberg, of Los Andes Copper, a Canada-based junior with prospects in Chile.

The answer to that question could prove critical as Chilean projects increasingly compete for capital with up and coming greenfield prospects in Congo, Mongolia and even neighboring Peru.

Many of the projects approved and under way in Chile, including a ten-year, $40-billion overhaul drive by the world's top copper producer, Codelco, focus on reinvigorating massive, but sometimes decades or even century-old mines.

The problem has become so severe that Chile´s central bank last week cited the issue of declining ore grades as a key reason for slower than anticipated growth in what is normally one of the region's healthiest economies.

"The new structural projects being undertaken by the majors in Chile are mostly about maintaining production, not increasing it," said Chile Deputy Mining Minister Pablo Terrazas. "With a supply deficit on the horizon, we need new projects, new deposits, new discoveries."

At a presentation at the World Copper Conference in Santiago this week, Terrazas said investment in exploration had grown by 19% in 2018.

But the numbers are deceptive: Of 300 exploration concessions, just 22 are active. And of the total, big global miners own 89%, where juniors own just 4.5 percent, just one-eighth of the global average.

That means many concessions have sat idle for decades or more.

Critics say, however, the reforms may not be enough, calling instead for legal changes that would push those with inactive exploration claims to either use them, or lose them.

Amberg, of Los Andes Mining, said Terraza´s plans did not represent a radical change from the status quo.

"It´s going to be a very difficult thing to do, politically its very difficult, and it will have to be over multiple governments to implement any change," Amberg said.

Diego Hernandez, an industry veteran who heads mining trade body Sonami in Chile, agreed that any law change would be unlikely. But he said that existing and planned projects, including Codelco's overhauls and Teck Resources Ltd's Quebrada Blanca 2 expansion, could potentially increase Chile's production by as much as a quarter.

If smaller exploration prospects in Chile continue to fizzle, though, the spike in demand driven by electric vehicles will eventually require supply from new projects, whether from Chile or elsewhere, says Jaime Sepulveda, a copper analyst with CRU.

"In any case, there will be a gap between what we're projecting for demand and what Chile's existing projects can offer," he said.