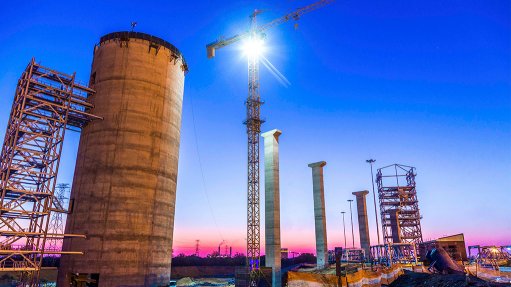 Diversified miner Exxaro, one of South Africa’s leading coal and coking coal producers, tells Mining Weekly that three of its five coal investment projects started production in the second half of this year.

Exxaro’s other development project, the Belfast implementation project has fared well since it began production at the end of 2019, while construction started at the Matla life-of-mine (LoM) project, during the second half of this year, as planned, with full production set to ramp up in late 2023.

Notably, Exxaro has, to date invested a total of R17-billion over three years on the projects, with the newly refurbished Matla Colliery due for full production from the second half of 2023.

Grootegeluk is the most prominent of the company’s current projects, says Exxaro resources projects and technology executive head Johan Meyer.

He explains that the expansion to the plant will allow for production to increase by about 1.7-million tonnes a year of semisoft coking coal.

“GG6 is expected to reach full production by 2022,” he enthuses.

The project’s capital expenditure has increased from R4.8-billion to R5.3-billion, owing to contractor liquidity and business rescue challenges, as well as the Covid-19 construction delays experienced during 2020.

Mining Weekly reported in September that a South African-made conveyor belt idler, which was delivered to the Grootegeluk mine in August last year, had increased throughput at the mine, from 800 t/d to 3 000 t/d.

Conveyor products manufacturer Brelko US and Africa manager Brent Weller said that Brelko developed the idler for Exxaro, and that the product was still in use and had very little wear.

The Leeuwpan life expansion project contains measured mineral resources of 54.8-million tonnes and 3.7-million tonnes in the inferred category. The project entails the development of an openpit coal mine, with a ten-year LoM to produce an estimated 2.7-million tonnes a year of thermal coal for the domestic and export markets.

Creamer Media’s Projects in Progress magazine, in October, noted that the relocation action plan at Leeuwpan is continuing, with the project expected to be concluded in the second half of 2020, despite Exxaro’s plans to sell its interest in the coal mine subsequent to a strategic review of the company’s portfolio.

As reported in the Projects in Progress magazine, hot commissioning and project close are under way, with the project on track for financial close in the second half of 2020.

The project allows for growth and future projects at Grootegeluk, and is aligned with Transnet Freight Rail’s (TFR’s) North-West corridor expansion project. The load-out station will allow the mine to load an additional 12-million tonnes of coal a year and comply with the latest TFR strategy to accommodate a 200-wagon train, which necessitated the complete upgrade of rail and associated infrastructure. The product beds, conveyors, transfer stations and load-out station will be designed to load various types of product from across the plant area.

The project is being developed at an estimated cost of R1.33-billion.

The Belfast implementation project broke ground in November 2017, with first coal from the mine being produced in March 2019 and first product sales taking place in May 2019.

The project has been developed at an estimated cost of R 3.3-billion.

The Belfast implementation project contains a mineral resource of 133-million tonnes in situ, with a mineral reserve of 46-million tonnes. The first phase of the proposed project entails the development of a new greenfield openpit coal mine, including a coal handling and preparation plant, supporting infrastructure and services. The project has a 17-year LoM and will produce an estimated 2.7-million tonnes of A-grade thermal coal a year.

In October, Exxaro hosted a sod-turning ceremony in Belfast, Mpumalanga, to mark the start of its rehabilitation of the town’s streets and associated stormwater management systems.

The rehabilitation project, valued at R15-million, forms part of the company’s Belfast mine social and labour plan for 2019 through to 2023.

It creates procurement opportunities worth R3.5-million for local small, medium-sized and microenterprises, while creating more than 100 short-term job opportunities during the construction phase.

According to the Projects in Progress magazine the Matla LoM project, which is being funded by State-owned power utility Eskom to the value of about R3.3-billion, has entered the construction phase.

Meyer points out that Exxaro remains responsible for project management and mining at the project.

He tells Mining Weekly that the project involves the construction of a new decline shaft, including a box cut with bulk materials handling facility, to gain access to the remaining economical two-seam reserves.

The project will have a capacity of four-million tonnes of coal a year, bringing the total production from the Matla operation to ten-million tonnes a year for the remainder of its mine life to 2042.

He adds that Exxaro continues to implement its coal growth projects as part of the broader Exxaro strategy.

These projects have enabled its clients to grow businesses and provided local communities with much-needed jobs.

“Growing of local economies as well as developing skills on all construction sites is important for future opportunities that may arise,” concludes Meyer.