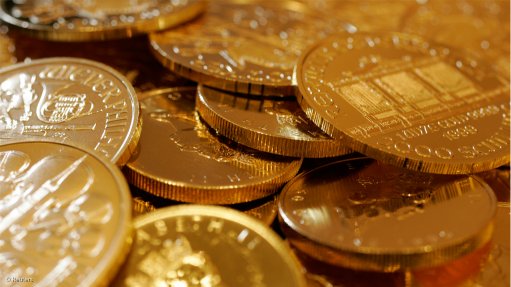 TORONTO (miningweekly.com) – The growth in private equity investment within mining and metals has provoked greater debate about its role as a driving force within the sector over the past year. However, private equity is selective about when and where it deploys capital; it cannot be viewed as an industry panacea.

Howard specialises in mergers and acquisitions, corporate and securities law, with emphasis on the mining and natural resources sectors.

“Private equity firms view themselves as part of the team directed at problem solving,” she said. “They might say: ‘tell us what you think the potential problems are and we’ll help you fix it’.”

“Their money is sophisticated, deliberate, focused and professional. Often they’ve worked in other sectors during difficult times, so they understand where the risks are and form the necessary solutions,” she added.

“They take their time and get involved in the technical information to understand the potential costs and liquidity risks, something they flag as an important focus. However, they also recognise that mining is inherently risky, with unforeseen events often occurring,” she added.

As part of the diligence, a private equity company will also consider the jurisdiction in question and its perceived political risk. It will note the regional infrastructure, project accessibility and the permitting levels achieved.

There are numerous ways an agreement can be structured, with private equity firms carefully considering overall prospects of return. “Sometimes it can be a joint venture arrangement,” Howard said. “There are lots of different elements, such as convertible preferred shares.”

“Otherwise, it could be debt, where an interest is secured without diluting the underlying shareholder base. Or it could take the form of royalty or a stream,” she added.

The assessed risk will often be central in determining the type of structure an agreement will take. “At the same time, one can only have limited certainty because of issues relating to cost, the accuracy of the modelling involved and whether you’ve factored in all the variables appropriately,” she added.

To ensure a degree of control equal to the risk and the level of investment made, private equity companies may seek a direct ownership stake or negotiate a strategic partnership that ensures a say at management level.

“Down the road, the private equity firm will also have an exit strategy that it will want to execute. This could be through an initial public offering or sale to a private purchaser, one who sees the value that has been added. This is where the profit comes in for the private equity investor,” she added.

Sovereign wealth funds as direct investors or as key players within private investing consortia are also important sources of potential capital. Many are already well-versed with the oil and gas sector and are seeking to spread their exposure into metal and mineral commodities.

“They might be asking: ‘are we diverse enough? Do we have enough exposure?’ They may want to beef up their portfolios and I think that explains the interest of sovereign wealth funds in this sector,” Howard explained.

One of the central questions of the past two years was whether this source of capital in the sector would “stick”, she added.

Feeding into this, the speed at which a cycle turns is a considerable factor. “When talking about cycles, we should remember that things have changed: the shift can occur much faster today than in the past. For example, compare the resource sector today with three years ago when people were jumping on the industry bandwagon.”

Subdued prices have stymied the advance of foreign private capital into the sector. “There were a lot of deals being worked on by the street [Bay Street] that would have resulted in the purchase of a lot of resources. But they just didn’t close. It wasn’t because the government or a statute got in the way, they just didn’t get signed,” she explained.

“Indeed, there were a huge number of deals negotiated with Chinese investors that did not close,” she added.

But Howard noted that this form and source of capital has not been fully withdrawn; it is still circling the sector, seeking out opportunities to deploy. “The importance of natural resources to Canada is still there and the base is solid. It’s just the prices are not where they need to be at the moment,” she said.

“The mining space is all about trust; the mining guys are used to saying ‘trust me, trust me’. Well that’s not of interest to the private equity firms. They’ll say: ‘tell me where the complex problem exists that I can help you fix’ or ‘why do you have a challenge in reaching production? Is it only because the market has plummeted? Or is it another underlying issue? Let’s focus on that and fix it’,” she said.

“That’s when you can have a meaningful conversation with some of these people who, quite rightly, have the necessary expertise,” she added.