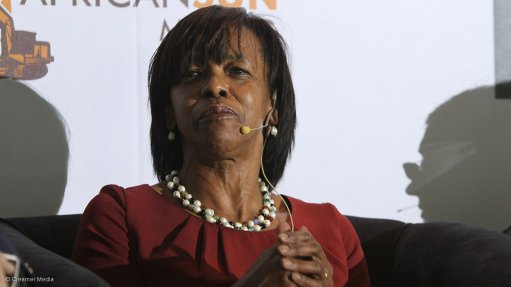 JOHANNESBURG (miningweekly.com) – The upcoming government-led mining Phakisa represented a new opportunity to reset the dialogue for arrival at solutions to the many problems plaguing South Africa’s mining industry, the Joburg Indaba heard on Wednesday.

Comments centred on Phakisa being a new chance for the demonstration of leadership at a difficult time during which there was a need to take short-term medicine.

“I hope Phakisa will be sufficiently comprehensive to lift us out of this crisis,” Pityana told the conference, which is being attended over two days by Creamer Media’s Mining Weekly Online.

From 50% of the world mining market by any measure, South African mining was now down to 4% of the world market, with few greenfield mines being developed and going into Africa difficult.

The industry was now facing the need to modernise and at the same time deal with its legacies.

“Mining must be made attractive to international capital because domestic capital is insufficient and we must have a permissive regulatory framework given that we are in a bear market,” said Pityana, who added that the approach of engaging in collective bargaining every two years was outmoded and a framework of taking gain in good times and pain in bad times was needed to deal with the ongoing labour disruptions.

Petersen urged the industry to guard against solutions based on shallow analysis and Pityana expressed the hope that the Davis Committee on Tax would not kill the goose that laid the golden eggs.