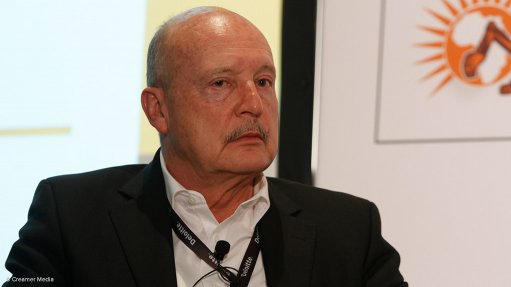 JOHANNESBURG (miningweekly.com) – The delayed ramp-up of expansion programmes, rising on-mine cash costs and a stronger rand have negatively impacted on LSE-listed Petra Diamonds’ financial results for the 2017 financial year, with net profit down 69% year-on-year to $20.7-million.

“While Petra remained in growth mode in the 2017 financial year, achieving record production and revenue, the shortfall against guidance, in conjunction with the significant strengthening of the rand on our predominantly rand-denominated cost base, impacted our financial results for the year,” CEO Johan Dippenaar said on Monday.

The company produced four-million carats of diamonds in the financial year ended June 30, but this was below the targeted 4.4-million to 4.8-million carats.

During the financial year, there was a delay in bringing the new plant at the Cullinan mine on stream, while the ramp-up of the new sub-level cave (SLC) at the Finsch mine was slower than expected. These delays have, however, been resolved.

Meanwhile, the rand had averaged R13.59 to the dollar in the year under review, compared with R14.51 to the dollar in the 2016 financial year. Given that 80% to 85% of Petra’s costs are rand-based, the strengthening currency negatively impacted on the conversion to dollar reported costs.

“While this performance is disappointing, we have commenced the 2018 financial year with a significantly de-risked expansion profile, given that the majority of the capital has now been spent, the major plant construction/modification work has mostly been completed across our mine portfolio, and the new caves at both Finsch and Cullinan are already producing at substantial volumes.

“We have also been encouraged by the improving grades and product mix driven by mining higher quantities of undiluted ore from our new mining areas, that we have already experienced to date and which we expect to continue into the 2018 financial year and beyond.

The company on Monday said operations at its Williamson mine, in Tanzania, had resumed on September 14 after a four-day shutdown for safety and security reasons.

Reuters reported on Monday that two government employees have also been charged with economic sabotage, for allegedly undervaluing the seized diamond parcel.

The seized parcel of diamonds has not yet been released to Petra and it has not formally been given reasons for the action taken by government. It is, however, engaging with the government on the matter.

DIAMOND MARKET
Petra commented on Monday that the rough diamond market had remained stable during the 2017 financial year, with steady retail demand in general and signs of an improving retail market in China and a recovering market in India.

The Swiss watch market, which uses small but high-quality diamonds, is also rebounding.