Panel of experts needed to oversee future of struggling Alexkor 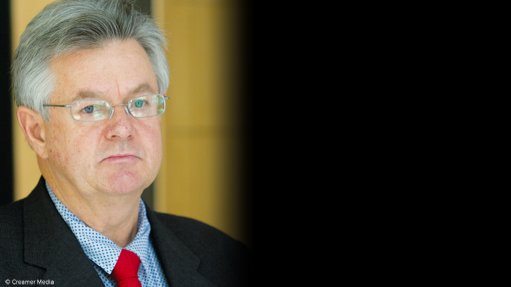 JOHANNESBURG (miningweeekly.com) – A panel of experts should be formed to properly oversee the future of the struggling State-owned diamond mining company Alexkor, and to unlock the greater long-term potential of northern Namaqualand.

McPatie was quoted by Mining Weekly on May 27 as saying that State-owned diamond mining company Alexkor was trading recklessly and could not meet its financial obligations.

McPatie told the Parliamentary committees that the pooling and sharing joint venture (PSJV) between Alexkor and the Richterveld Mining Company, which comprises the Richtersveld community, was technically insolvent and could not trade itself out of its current financial situation.

Against the background of the Department of Public Enterprises considering its best options for Alexkor and the PSJV, Allan provided this analysis for publication in Mining Weekly:

“The diamond deposits of Namaqualand were discovered by Jack Carstens in 1926 and were further delineated by Dr Hans Merensky, who identified Oyster shell as being a significant marker for the paleo beach terraces in 1927.

“The State Alluvial Diggings (SAD) were proclaimed in 1928 and mining has taken place along this arid coastline since then for 92 years, with the SAD being transformed firstly into the Alexander Bay Development Corporation in 1989, and then incorporated into a public company, Alexkor Limited, with the State as the sole shareholder in 1992.

“Subsequent to a Land Restitution Claim the local community was granted the mineral rights to the land areas and Alexkor remained with the marine mineral rights. A PSJV was formed between Alexkor (51%) and the Richtersveld Mining Community (49%) to mine and recover diamonds from the land and sea.

“Notably these deposits have been mined for over 90 years and it is becoming increasingly difficult to mine them profitably. Over the last five years there has been a trend of decreasing stone size in diamonds recovered from land operations and a decreasing contribution in diamonds mined from the sea.

“In the recent presentation to Parliament (Mining Weekly 27 May 2020) by Mr Lloyd McPatie, the Administrator for Alexkor, stated that there should be a more scientific method to splitting the revenue from diamonds between the PSJV and the mining contractors. The current split has been found to be appropriate over a long period of time, and if it does favour the contractors, this is appropriate given they carry all risk, including mining, geology, an old and depleted resource, and decreasing sea-days due to climate change, with ample evidence that the mining contractors themselves do not have highly profitable operations.  Alexkor’s land and shallow marine operations are increasingly marginal and changing the revenue split could result in some of the contractors leaving for other, better, options.

“The awarding of a tender to Scarlet Sky Investments (SSI) has been controversial since it was awarded the contract to run the tender process on behalf of the PSJV.  This award was approved in a PSJV board meeting and premised on the State’s drive to beneficiate goods locally, which SSI has done in its joint venture beneficiation facility in Killarney, Gauteng, in spite of most of Alexkor’s being too small (60% of production is less than 0.66 carats per stone) to ensure economic local beneficiation.

“An investigation of the mining, recovery and tender process was conducted by the author in early 2019 and comprehensive report showed that while there was room for improvement in certain aspects of the SSI arrangements, the overall tender sale system (sealed auction) was inherently robust, and compatible with the approach followed by most local and international small and medium diamond producers. The appointment of an experienced independent diamond valuator to ensure that the contractor’s interests were taken care of was one of the positive outcomes of this independent investigation.

“The Department of Public Enterprises appointed Gobodo Forensic and Investigative Accounting (GFIA) to investigate complaints by a group of contractors into the construction of a coffer dam in 2012, the awarding of the marketing contract to SSI, and the conflict between the contractors and the PSJV. The GFIA Report on Alexkor presented to Parliament and referred to in the Mining Weekly article is flawed in many respects.

“The report makes a comparison between the prices achieved on tender with the Ziminsky and Bloomberg long term diamond sales indices, which they (Gobodo) show as prices in the various tables. An index is an index, not a price.  Significantly, the diamond production from the PSJV is unique in terms of both its alluvial (secondary) origin, size distribution of the diamond sizes, and quality. By comparison the Ziminsky and Bloomberg Indices which purport to reflect global diamond production are based almost exclusively on kimberlite mine goods, bearing in mind that about 96% of world diamond production is from kimberlite (primary) hard rock sources, and hence any comparison of the two distinct populations is erroneous. The PSJV production is furthermore bimodal with approximately 35% of the value derived from single stones over 6 carats in size (5% in carats) and another 34% from diamonds below 1,5 carats per stone (approximately 80% of carats).

“The GFIA report also analyses the total sales and the values sold to the State Diamond Trader (STD) and for beneficiation. It ignores the fact that there is an agreement with the State Diamond Trader not to buy diamonds over 4 carats in size, because there are few diamonds produced in this size range, and for example it would be impossible to ‘remove‘ 10% of a single 6 carat stone (or for that matter a 30 carat stone)? If the STD were to buy single stones in these categories this would furthermore prejudice the contractor and the PSJV.

“By agreement with the PSJV, the STD has the right to purchase up to 10% of total production from diamonds less than 4 carats per stone.  This means that the STD buys a higher percentage of diamonds in the lower size ranges. The legislation allows for the purchase of the 10% in terms of carats. However, inspection of annual reports for the STD shows that this percentage has typically been about 4% of local production anyway.

"The GFIA report finds that less than 5% by value of diamonds are sold for beneficiation. The South African cutting and polishing industry can only cut and polish certain sizes profitably. Large single stones and small stones or Melee are typically cut overseas where the expertise and cost structures are better suited to maximising the value from large stones and the smaller diamonds (of which the PSJV has a large proportion of their production).  Overall Alexkor goods are too small to be manufactured profitably in South Africa because of high labour costs and the inability to compete with the costs of manufacturing in India.  Nine out of every ten (90%) of the world's rough diamond production (which averages about 0.30 carats per stone) are manufactured in India due to their competitiveness, cost structures, and cut quality

"Thus only a small range of sizes is selected for beneficiation, mainly in the 2 to 4 carat range. This size range represents approximately 14% in terms of carats and 24% in terms of the Alexkor value. Taking 5% of total production out for beneficiation would represent a large proportion of the diamonds in this size range and it has been decided by the tender house jointly with the PSJV that withdrawing this proportion of diamonds for beneficiation would be detrimental to the overall tender prices achieved, and hence further directly impact the sustainability of Alexkor. The contract does allow for the quantity to be agreed between the PSJV and the tender house.

"The Goboda report goes on to say that SSI has contravened the Diamond Export Levy Act in that it does not pay any export royalty.  GFIA ignores the fact SSI does not sell the diamonds, they facilitate a tender sales process (which is generally acknowledged as the best way for a diamond producer to realise value from production) on behalf of the PSJV.  All of the buyers of the PSJV goods are South African based (albeit some of them have foreign holding companies) and therefore the sales are exempt from the export levy. It is only when these local buyers wish to export the diamonds that the diamonds are offered on the local bourse, and if they are not sold to local buyers, then the export tax is paid.

"Overall the situation facing Alexkor is indeed in need of a positive outcome, most of all for the impoverished communities of the Richtersveld and Northern Namaqualand, and the long term sustainability of the region and its economy. Importantly positive solutions and outcomes need to be achieved on the basis of proper due diligence of the facts by experts, mindful of the need for long term development that will benefit the entire region, and which replace mining which is finite and in decline.

"There may well be some future in the evaluation and development in the longer term of the deeper offshore diamond resources (the ‘B’ and ‘C’ Concessions of Alexkor). However, at a rough estimate an initial R500-million would be needed for systematic and detailed evaluation of these deposits, money which Government does not have. These deep water concessions should be sold off to capable and well-resourced private enterprise as a priority, so as to prevent a repeat of Alexkor’s recent history.

"Mineral resources are finite, and after some 90 years of exploitation, which included high-grading, and mining without concomitant robust exploration and a mine plan due to lack of financial resources and technical capacity, Alexkor obviously faces declining production and an uncertain future.  Added to this is that continual changes in the management team of Alexkor, and a flawed privatisation process in 1997 which was scuppered due to political factors. The inability of Provincial and Central Government departments to recognise and develop the extensive non-mining attributes of the northern Namaqualand region have created a miserable legacy for this unique region.

"Northern Namaqualand is endowed with a wealth of history, other mineral deposits, unique natural resources, game parks, unrivalled plant and flower species, exceptional farming opportunities along the banks of the Orange River, aquaculture options, and tourism potential.  Tragically none of the other resources have been properly developed and utilised.

"I trust that the Minister consults with industry experts before making any decisions on the future of Alexkor and that the PSJV does not rely on the GFIA report to form his opinion. It would also be appropriate to form a panel of experts, all of whom already exist, to properly oversee the future of Alexkor, and to unlock the greater long term potential of Northern Namaqualand.”

Mining Weekly can report that South Africa has the people, the skills and the goodwill to address Alexkor’s challenges. Political will, foresight and leadership are required to modernise and transform Alexkor, drive job creation and revive economic development.