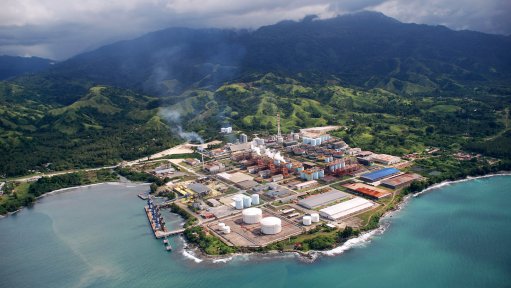 Battery metals streaming company Cobalt 27 Capital has agreed to be bought by private equity firm Pala Investments in a deal that values the TSX-V-listed company at C$501-million.

Under the terms of the transaction, announced on Tuesday, Cobalt 27 shareholders would receive C$5.75 a common share, comprising C$3.57 in cash and C$2.18 in shares of a newly listed company to be named Nickel 28 Capital.

Nickel 28 would hold Cobalt 27's joint venture interest in the Ramu nickel/cobalt mine, in Papua New Guinea, its royalty portfolio on future projects, including a royalty over the Turnagain and Dumont projects in Canada, and certain equity positions including in Giga Metals.

Last month, Cobalt 27 completed the acquisition of Australia's Highlands Pacific, which gave it an 8.56% interest in the producing Ramu mine. Ramu was financed, constructed and commissioned in 2012, by majority-owner and operator Metallurgical Corporation of China for $2.1-billion which, at the time, was China’s largest overseas mining investment.

Pala would retain a 4.9% interest in Nickel 28, and the current Cobalt 27 leadership team would continue as the board and management of Nickel 28. The new company would be funded with $5-million in cash at inception with no corporate debt.

"We believe this is a highly compelling offer for Cobalt 27, as the transaction provides shareholders with a large upfront premium. It is also clear that nickel will be an increasingly critical component of the electric battery revolution, and the creation of Nickel 28 provides shareholders with significant incremental value and continued exposure to the strong fundamentals of battery metals," said chairperson and CEO of Cobalt 27 Anthony Milewski.