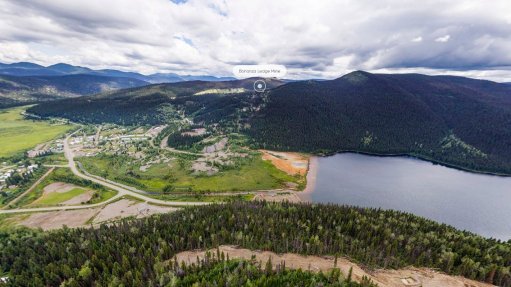 Osisko earlier this month announced the creation of a new North American gold development company to advance the Cariboo project, in British Columbia, as well as other Canadian and Mexican properties.

Osisko entered into an agreement to transfer certain mining assets, including Cariboo and a portfolio of marketable securities valued at C$116-million to TSX-V-listed Barolo in a reverse takeover transaction.

On October 23, a definitive amalgamation agreement in respect of the reverse takeover was executed among Osisko, Barolo, an Osisko subsidiary and a wholly-owned subsidiary of Barolo.

As part of the deal, the companies entered into an engagement letter with Canaccord Genuity and National Bank Financial, on behalf of a syndicate of underwriters, for a C$100-million bought-deal equity offering.

The underwriters agreed to sell 13.3-million subscription receipts of the Osisko subsidiary at a price of C$7.50 apiece.

The financing is expected to close at the end of October, with the net proceeds to be used for the development of the Cariboo project and the San Antonio gold project, once the reverse takeover closes.

Once the reverse takeover closes, Osisko Development will be launched, with the aim of developing Cariboo into one of the predominant mining camps in Canada.

The spin-out transaction will simplify Osisko into a pure-play royalty and streaming company, while maintaining exposure to assets contributed to Osisko Development.

The board and management of Osisko Development will include Roosen as chairperson and CEO, Charles Page as lead director, and John Burzynski, Joanne Ferstman, Michèle McCarthy, Duncan Middlemiss and Éric Tremblay as directors.

Chris Lodder will serve as president and Luc Lessard as COO, while Benoit Brunet will take up the role of CFO and corporate secretary.