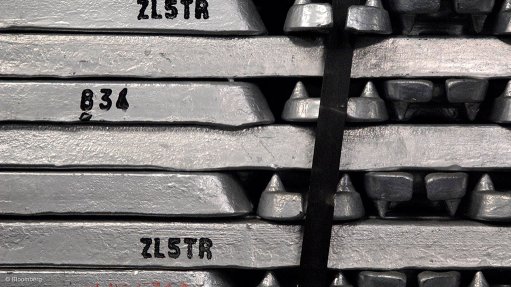 PERTH (miningweekly.com) – Base metals major Nyrstar has agreed to invest about A$52-million into four growth projects at its zinc smelter in Hobart, inking a funding and support package with the Tasmanian government.

Two of the growth projects are aimed at significantly increasing the smelter's capacity to treat more complex concentrates following the closure of the Century mine, which is currently the key provider of raw materials to the smelter. The mine will close by the end of 2015.

Nyrstar said this week that these projects were well advanced and were due for commissioning during the second half of 2015.

The remaining growth projects related to the upgrade of materials handling equipment and the addition of a side-leach plant that would enable the smelter to treat zinc oxide from Nyrstar Port Pirie, splitting base metals from minor metals, enhancing the site's operational link with Nyrstar Port Pirie and the broader global metals processing network.

The investments at the Nyrstar Hobart smelter were identified through the 2012 smelting strategic review (SSR) and formed part of Nyrstar's metals processing transformation blueprint consisting of around 25 projects globally.

Meanwhile, Nyrstar noted that the funding and support package agreed to with the Tasmanian government related to an upgrade of materials handling equipment and the addition of a side-leach plant. The agreement was modelled on the successful funding partnership between Nyrstar and the South Australian state government for the transformation of the Nyrstar Port Pirie smelter into an advanced multi-metals facility.

“The agreement reached between Nyrstar and the Tasmanian government to invest in the Nyrstar Hobart smelter represents another important step forward in Nyrstar's metals processing transformation and in achieving our stated mission to maximise value from our integrated metals processing and mining business,” said Nyrstar senior VP of metals processing and chief development officer Michael Morley.

Nyrstar Hobart would issue A$29-million worth of perpetual securities to a special purpose vehicle (SPV), created solely for the financing of the projects. A loan from the Export Finance and Insurance Corporation (Efic) would fund the special purpose vehicle, with the Tasmania state government guaranteeing and indemnifying Efic's exposure to the SPV.

Nyrstar would directly fund the balance of the project costs.

Nyrstar and the Tasmania government have also signed a grant deed under which the government would contribute towards Nyrstar Hobart's committed groundwater remediation and interception programme, capped at €3.5-million.  Reimbursement was expected to start in 2016 and end in 2019, when the programme was expected to be completed.

Tasmania State Growth Minister Matthew Groom said that Nyrstar’s investment in the state would unlock a further 125 jobs during construction and up to 20 new jobs at the smelter, once the upgrade had been completed.

“Nyrstar’s commitment to its Hobart smelter is a vote of confidence in the Tasmanian economy and shows that industry and manufacturing have a strong future in Tasmania. In return, the government's commitment to back Nyrstar demonstrates that we are serious about jobs.”

Nyrstar currently contributes around A$800-million towards Tasmania’s gross state product and 24% of Tasmania’s total export value. Every year, Nyrstar pumps around A$70-million into the Hobart economy through wages paid to employees and contractors.

Meanwhile, Nyrstar also announced the appointment of ArcelorMittal CE of mining, Bill Scotting, as its new CEO from August 17.

"After a comprehensive global search, Scotting was the obvious choice to lead Nyrstar in the next stage of its journey. His track record of solving complex issues, creating value and deep sector knowledge gives him the tools to focus on improving operational excellence at the mines, delivering the Port Pirie Redevelopment and working with Nyrstar's senior management team to reintroduce the stability we need to deliver and create value for our shareholders,” commented chairperson Julien De Wilde.

The new Nyrstar CEO had close to 30 years of experience in the metals and mining industry in strategic, operations management, technical and consulting roles. He started his career as a metallurgist with BHP in Australia and has also worked at McKinsey & Company and CRU International.