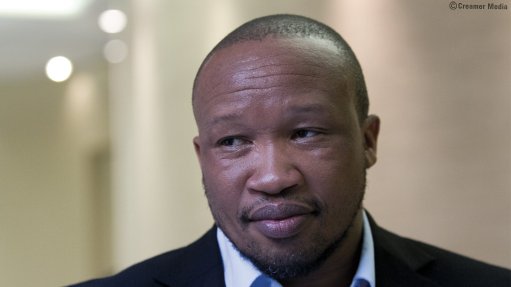 JOHANNESBURG (miningweekly.com) – The National Union of Metalworkers (Numsa), which is in the midst of a battle against the union federation it ostensibly falls under, the Congress of South African Trade Unions (Cosatu), has called for the nationalisation of mines and the financial sector in South Africa.

Numsa general secretary Irvin Jim told the Cape Town Press Club that nationalisation was not "some dogma from the past" but an immediate and urgent requirement to "save our nation".

“I want to say this very clearly and very straightforwardly. There is only one way to create the number of jobs that are needed in South Africa – the number the National Development Plan dreams about. That is to harness the profits of the mining and financial sectors and use them to build a manufacturing industry.”

Jim said deindustrialisation had caused a massive loss of jobs in the manufacturing sector.

“This will not stop until we fundamentally change direction.”

Jim, who represents around 340 000 workers in the metal sector, called for an end to liberalised trade, which he said caused huge dumping of products from China and elsewhere and had shut South Africans out of jobs.

He slammed the government for not imposing export tax on the country’s minerals and for not banning the exportation of scrap, adding that this had led to the closure of foundries and the loss of many jobs.

“The structure remains the same as it was under apartheid . . .  the same dependence on exporting raw minerals, the same enslavement to the Minerals Energy Finance complex. It is the ANC and [South African Communist Party] which are investing in improving the railway lines to Richards Bay so that more of our minerals can be exported.”

Numsa is at loggerheads with the ANC and Cosatu, accusing them of imposing policies that are not in the interests of the poor and the working class.

Cosatu on Tuesday turned down a request from Numsa to hold a special national congress to discuss the state of the labour federation and Numsa’s accusation that Cosatu had failed to implement resolutions that it had made.

Jim told the Cape Town Press Club that he was prepared to take Cosatu leadership to court to contest the refusal to hold a special national congress.

“The leadership is not acting decisively in the interests of the working class. Our leadership is leading the country in the wrong direction.”

Jim said Numsa was not prepared to bow to pressure to vote for the ANC in the upcoming elections.

He accused Cosatu of sending supporters into its plants at night to get Numsa workers to revolt against their decision not to back the ANC.

“You can’t have a vote by force. You have to win the hearts and minds of the people.”

Jim said he had told his union members that they were free to vote for any political party, but hinted that it could consider calling on members not to vote for the ANC.

He said Numsa was not tied to Cosatu and would have the means to start a breakaway federation, if it came to that.

Numsa has announced that it will embark on rolling mass action on February 26.

“We are calling on the working class and the poor of South Africa to demonstrate in their numbers on February 26, that we have had enough. The nation must be protected from those who are destroying it.”