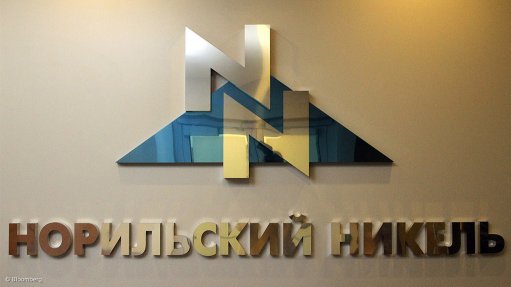 The third-quarter higher production was attributed to the Talnakh concentrator reaching its design parameters and the Harjavalta refinery restarting operations after its yearly scheduled maintenance shutdown. Nickel production at Harjavalta amounted to 15 000 t, up 40% quarter-on-quarter, although the increase was from a low base.

Consolidated copper production fell by 4% quarter-on-quarter to 52 940 t, owing to temporary suspensions at Norilsk’s copper smelter as a result of “unfavourable meteorological conditions”. The company said it would process accumulated concentrate in the fourth quarter, which should compensate for the decrease in copper volumes in the quarter under review.

Palladium output fell by 11% quarter-on-quarter to 693 000 oz and platinum output dropped by 8% to 174 000 oz. The decrease was attributed to a high base effect of the second quarter, when Norilsk processed precious metal concentrate accumulated in the first quarter.