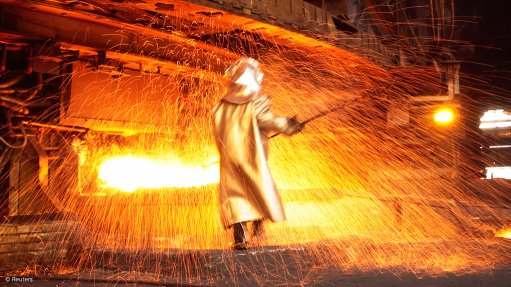 VANCOUVER (miningweekly.com) – A rebalancing of the nickel market has been cast into doubt as divergent strategies by major producers Indonesia and the Philippines muddle the outlook, a recent report by Bank of America Merrill Lynch (BofAML) has found.

Nickel has seen a significant improvement in fundamentals over the past 12 months. This has been heavily influenced by a decline in nickel pig iron output in China, on the back of Indonesia's ore export ban.

Yet, Chinese producers have invested in Indonesia to access that ore and are now ramping up operations. Indeed, global nickel pig iron output in 2017 is set to match the levels seen before the ore export ban, analysts stated.

“Against this backdrop, and especially the success Indonesia has had in attracting foreign direct investment, it has been somewhat unusual that the country has decided to remove the ban on ore shipments. Exact details of the order are still lacking, but it is likely that Indonesia will ship more mine supply, with authorities signalling at the same time that they don't want to swamp the global market,” BofAML said.

While Indonesia is aiming to ease ore export restrictions, the Philippines has announced the results of a recent environmental audit, suggesting that mines accounting for between 5% to 10% of global supply may be shuttered. Miners have the right to appeal the decision, so the tonnages ultimately lost are still unclear.

“Notwithstanding, we reinforce our view that authorities in the Philippines have gone to such lengths to tackle environmental issues that it would be surprising not to see any curtailments. Squaring off expected Indonesian supply increases with output cuts in the Philippines, our base case remains for a nickel market deficit this year,” the analysts forecast.

The research team expressed concern that the growth of many economic sectors in China that drive demand for industrial metals has been weakening.

“This is one of the reasons that we expect copper to average $4 750/t ($2.15/lb) in the fourth quarter from our mid-year target of $6 600/t ($3/lb). In this environment, we would overweight commodities whose supply is actively being cut. Aluminium could fall into this category and nickel may benefit as well, assuming that possible output cuts in the Philippines are not offset by export increases from Indonesia,” the report stated.