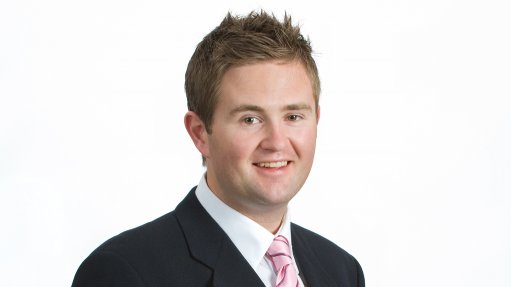 TORONTO (miningweekly.com) – One of the most searing indictments levelled against the mining industry is that it has consistently short-changed governments, particularly those in developing nations.

The industry’s failure to collectively address this accusation has caused lasting and deep damage to the public’s perception of mining; it has also allowed numerous governments – again, mainly in the developing world – to accrue earnings without having to declare them. At its worst, it has had the potential to facilitate corruption.

In response, there is now a willingness among many in the Canadian mining sector to make transparent the payments made to governments at all levels.

The US already requires mandatory disclosure by mining companies of payments to government bodies under the Dodd-Frank Act, specifically Section 1504, while the European Union’s (EU's) legislation in this regard is ongoing. The Extractive Industries Transparency Initiative has also helped point the way.

Canada is therefore keen to emulate and to build on the standards already coalesced. “Prime Minister Stephen Harper announced on behalf of the federal government that mandatory disclosure would be coming to Canada. The government has made statements suggesting that such legislation will be introduced in 2014 and on the books by 2015,” Norton Rose Fulbright associate Andrew Godfrey told Mining Weekly Online.

Godfrey specialises in securities law and mergers and acquisitions.

Importantly, the federal government now has some important waypoints marked out for it in the form of recommendations released on January 16 by Canada’s Resource Revenue Transparency Working Group.

The recommendations propose disclosure by mining companies listed on Canadian exchanges of all taxes paid to governments or government bodies on profit or production. The level of royalties paid should also be declared, as well as the listing of production entitlements, including both value and volume.

In addition, the recommendations call for the disclosure of any bonuses and dividends made to governments. Payments relating to infrastructure should also be reported if they are required by government law or contract.

Transport and terminal operations fees should be acknowledged too.

“The categories line up almost exactly as they do within the Dodd-Frank Act and EU legislation, except for transportation and terminal operations fees, which is a made-in-Canada addition,” Godfrey said.

Government is defined by the working group at both national and sub-national levels and includes State-owned enterprises. Importantly, the group proposes that subsidiaries and joint ventures making payments to government should also report.

“Many projects are run by regional subsidiaries, which means the listed parent might not be responsible for making payments to government bodies or the government in relation to a specific project,” Godfrey said.

The working group recommends that declarations be filed, on a separate form, to SEDAR on a yearly basis.

Investors are also likely to benefit from the model outlined by the working group. “Disclosure is a good thing for investors. It gives greater details on the company they’re investing in and, of course, affords greater insight into government payments, taxes and royalties etcetera on a project-by-project basis,” Godfrey said

ONE NATION, MANY REGULATORS

“The working group recognised that there was a kind of fragmented approach to securities regulation in Canada,” Godfrey said. “However, there are institutions such as the Canadian Securities Administrators that have worked to develop national instruments in the past and this will help create a level playing field in Canada.”

“So the hope of the working group is that an engagement will [soon] start with the provincial securities regulators. The provinces where the majority of mining companies in Canada are registered [are likely to be approached first], notably the Ontario Securities Commission and the British Columbia Securities Commission,” he said.

“And remember that the working group has engaged all key stakeholders, including industry, investors, civil society and academics etcetera, so provincial-level securities regulators will undoubtedly give these recommendations some serious consideration,” he added. “Moving forward, my guess is that the provincial level will be where the recommendations are most likely to be implemented.”

For the seniors, these recommendations will be familiar territory as many are dual-listed on US and EU exchanges and already follow the mandatory rules of these jurisdictions. “If you are a listed senior in Canada then the chances are you trade not only on the TSX but are probably cross-listed somewhere else, probably on an exchange in the US or EU,” Godfrey said.

“I’m sure many of the senior issuers in Canada have started or already have in place internal accounting procedures that enable them to track this information on a project-by-project basis,” he said. “So if companies don’t already have the necessary systems in place, then we advise them to start working towards meeting the recommendations and to develop the internal controls needed.”

Companies tempted to bury their heads in the sand and ignore the recommendations will be sorely misguided. “This issue is not going to go away: it has the support of the industry, civil society and the federal government. I think mandatory reporting along the lines of the recommendations will come into effect and within the timeline outlined by the federal government,” Godfrey explained.

“Overall, the fact that the Canadian mining industry has been forward looking and proactive when it comes to transparency, and that it has done this well in advance of any sort of government announcement, deserves a tip of the hat,” he said.