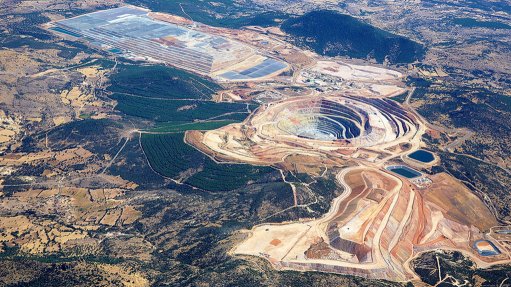 Turkey is considered one of Europe's mining 'growth stars'.

JOHANNESBURG (miningweekly.com) – Mining and metals companies operating in Europe are set to remain in recovery mode, as a sluggish recovery in mineral prices keep investment activity subdued, while environmental regulations will pose headwinds for coal-producing countries.

BMI Research said on Thursday that mineral prices were unlikely to recover over the coming quarters, citing a drop in Chinese demand owing to an economic slowdown in that country. Poor short- to medium-term growth prospects in Europe’s two mining powerhouses, Ukraine and Russia, over the next five years would further hinder mining development in the region.

“As a result, mining companies will remain cautious moving forward and will focus on improving balance sheets and protecting themselves from potential price volatility, rather than investing in greenfield projects,” the Fitch Group company stated.

One of the greatest challenges for mining companies over the next couple of years is environmental regulations at EU level. BMI warned that the coal sector would particularly fare badly, owing to the industry’s large contribution to global carbon emissions and the growing role of renewable sources of energy generation.

The European Commission is keen to reduce regional reliance on coal-fired power plants in a bid to cut pollution levels – underpinned by EU-wide 2020 and 2030 emissions targets, as well as the climate commitments that were agreed to at the UN climate summit in Paris in 2015.

However, BMI said it expected opposition to plans to phase out coal-fired capacity from Eastern European countries. For example, the Polish government announced in early 2017 that it aimed to add 10 GW of coal-generated energy capacity by 2025 by subsidising power producers to keep their plants available as a means of meeting increasing domestic energy demand and boosting the economy as a whole. These plans would clash with the European Commission’s Energy Market Reform Plan, or 'winter package', which commits the EU to reducing carbon emissions by 40% before 2030, BMI said.

Meanwhile, BMI considers Finland and Turkey as the region’s mining ‘growth stars’. Turkey’s mining industry would benefit from the government’s commitment to grow the country’s economy to one of the world’s ten largest by 2030. To boost investment in mining, Turkey has increased the share of investment funds allocated for the energy and mining sectors by 7% to 6.7-billion Liras for the development of six new projects. The Finnish government has also sanctioned a $266-million investment to revive nickel mining.

A notable trend in the European mining landscape will be the decline of the Russian mining industry owing to subdued prices in key commodities produced, a stringent regulatory environment and elevated political risk.

“Our negative price outlook for nickel, coal and iron-ore, which together account for almost 40% of the Russian mining industry (excluding uranium), means mining companies in the country, including the largest domestic miner Norilsk Nickel, will see tight margins and subdued output in the coming years . As a result, average domestic production growth over 2017 to 2021 for nickel and iron-ore will hover around 1% while coal production growth will near 2%, half the growth rate witnessed over the previous five years,” BMI stated.