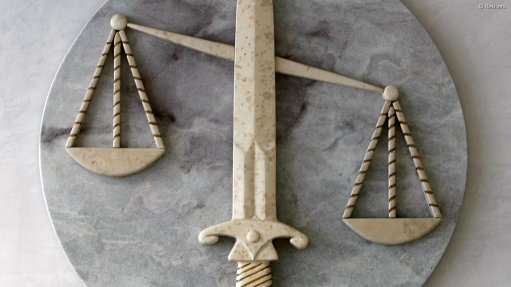 TORONTO (miningweekly.com) – With several Canadian miners embroiled in acrimonious standoffs with the Canadian Revenue Agency (CRA) regarding transfer pricing rules, mining companies will have to come to terms with increased levels of uncertainty in their tax profiles and will need to consider the impact of all changes, not only on existing structures but also on new investments and transactions.

Since the CRA first introduced transfer pricing rules in 1998 to counteract base erosion and profit shifting (BEPS), various Canadian resource firms have been singled out for their purported aggressive tax planning and alleged tax evasion schemes.

Among the high-profile miners that have filed pleadings with the Canadian Tax Court are Cameco, Silver Wheaton, Burlington Resources, Conoco Funding Company and Suncor Energy. Cameco’s case is the only one that has started hearings.

“The CRA has been sharpening its assessments of transfer pricing in the last six years, resulting in several MNEs [having their earnings] reassessed and [given] penalties," Mboutsiadis said during a briefing in Toronto on Friday.

This extraordinary power of the CRA to recharacterise transactions is controversial with the Organisation for Economic Cooperation and Development (OECD), whose work ultimately led to the introduction of the transfer pricing rules. “The penalties can be extremely nasty. If a reassessment results in a more than C$500-million adjustment, it can attract a 10% penalty, half of which must be paid or guaranteed by letters of credit while the offending organisation appeals the reassessment,” Steeves stated.

BASE EROSION
In November 2012, the Group of Twenty (G20) tasked the OECD with devising an action plan to, besides other things, counter tax planning strategies which they perceived MNEs and wealthy individuals to be using to exploit gaps and mismatches between the tax rules of different countries.

These strategies include artificially shifting profits to low or no-tax jurisdictions where there is little or no real economic activity.

The BEPS project was initiated, with more than 60 countries participating, including many of the world’s major mining jurisdictions such as Australia, Brazil, Canada, Chile, Colombia, China, India, Mexico, Peru, Russia, South Africa and the US.

During the next three years, the OECD considered, consulted and concluded upon 15 BEPS actions, with its findings under each falling broadly into one of three categories: minimum standards to be adopted by all participating countries; desirable but optional best practices; and recommendations for countries to consider.

Transfer pricing was identified as one of four tax principles that create potential for profit shifting. Mboutsiadis notes that, with the rise of intangible assets in global business, it has become easier to shift profits, because risks and ownership of intangibles are easier to shift.

Importantly, the analysts point out that Canada introduced country-by-country reporting in the 2016 budget, applicable to reporting fiscal years of MNEs that begin in 2015. This entails MNEs with annual consolidated profit of €750-million or more being required to file a report with the CRA. This applies to all entities with a relation to Canada.

REASSESSMENT
“Companies generally follow the letter of the law, but not the spirit of the law,” Mboutsiadis says.

The CRA tax audit programme brought in more than C$11-billion in taxes, penalties and interest in the 2015/16 fiscal year, of which about two-thirds related to aggressive tax planning by large MNEs or high-net-worth investors.

Enforcement is set to increase with the 2016 budget appropriating C$44.4-million of additional funding to the CRA to hire 100 more auditors and resources, in the government’s quest to collect C$2.6-billion more over five years.

The CRA is increasingly using sophisticated analytics to identify high-risk companies for auditing. For companies with yearly revenue over C$250-million, the CRA applies a risk-assessment algorithm that assesses 200 variables, which has significantly increased the amount of tax collected from large corporations.

EYE-POPPING PENALTIES
One of the most important cases currently before the Canadian Tax Court is that of Cameco, for which the CRA reassessed the 2003 to 2015 tax years. The CRA challenged Cameco Canada’s arrangements with a Swiss uranium aggregating subsidiary, and the stated price of uranium sold by Cameco Canada to Swiss Cameco.

Three tax years are currently being tried in court, with Cameco liable for additional revenue, as assessed by the CRA, of C$7.4-billion, during this period, which results in C$2.2-billion in additional taxes. This could rise if penalties are also imposed.

Steeves says the CRA’s primary position is that Cameco Canada was in fact the one carrying the uranium business, not Swiss Cameco. Its first alternative position would be to apply the pricing provisions of paragraphs 247 (2) (b) and (d) of the Income Tax Act, that argue that arm’s length persons would not have carried out the series of transactions involving Cameco Canada and Swiss Cameco, and it will recharacterise the transactions to effectively disregard Swiss Cameco, which would be the first time this provision is used.

So far, Cameco Canada has paid the CRA C$825-million in cash and letters of credit, which will remain locked until the case is resolved. No decision is expected until 2018.

The other cases are pending litigation.