Mining can be a catalyst for growth in 2022 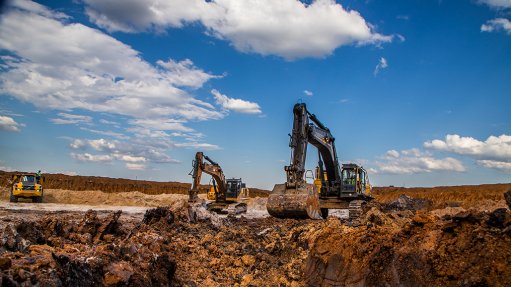 ZERO HARM INDUSTRY the mining industry’s goal of zero harm, ensuring that mineworkers return home from work unharmed, is critical to the joint success of labour and mines

Global commodity prices and economies have rebounded strongly since the onset of the Covid-19 pandemic in 2020, which left many companies facing mammoth financial challenges to sustain themselves. This resurgence in the mining sector is closely connected to the roll-out of vaccinations, which was strongly supported by the industry.

According to industry body Minerals Council South Africa, as of January 10 this year, over 322 000 of the 450 000 people that work in the sector as employees or contractors were either partially or fully vaccinated.

Menar chairperson Mpumelelo Mkhabela notes that the Menar mining subsidiaries have had regular vaccination drives with employees and contractors strongly encouraged to get vaccinated.

“We achieved a milestone last December, with all 75 of our head office staff members getting fully vaccinated,” he highlights.

Mkhabela, however, stresses that, as has been seen multiple times during the pandemic, new variants and an uptick in cases can unravel market recoveries rapidly.

There have been worldwide concerns that the imposition of new restrictions related to the Omicron variant of Covid-19 would weaken commodity demand and cause turbulence in markets, creating further uncertainty and dam- pening economic forecasts for the year ahead.

“Governments have the dual responsibility to protect lives and livelihoods. While other countries were imposing new and unnecessary travel restrictions to and from South Africa, [the country] was able to successfully navigate its way through the fourth Covid-19 wave with only Adjusted Alert Level 1 Covid-19 restrictions,” Mkhabela points out.

Mkhabela argues that mining has been a bulwark against the tide of troubling economic difficulties faced by South Africa, particularly as a boom in commodity prices is preventing South Africa from “going bust”.

“Mining companies are paying billions more in company tax than expected, which may help pull back South Africa from its fiscal cliff. More immediately, the tax windfall will help fund some of the most recent State interventions to cushion households and businesses from the worst of the pandemic and recent civil unrest,” news outlet Fin24 editor Helena Wasserman highlighted in an opinion piece in August 2021.

According to advisory services provider PwC’s ‘SA Mine 2021 – Harvest season call to action’ report, “the aggregate tax expense for the mining companies was R91-billion with an effective tax rate of 27%. This represents a staggering 250% increase from the previous period and was driven by the increased profitability of the mining sector”.

“It is a matter of national urgency for government departments to implement President Cyril Ramaphosa’s pledge to speed up the approval of mining licences. Regulators in several State departments are obstructing the potential employment of hundreds of thousands of people in mining.

“The multiplier effect means that these same officials are jeopardising the sector’s future production for decades to come and, in the process, restricting the State’s capacity to increase revenue collection from new or expanded mining operations,” Mkhabela cautions.

He adds that, with South Africa’s unemployment rate sitting at 46% and youth unemployment at over 60%, the need to create long-term, good-paying jobs is of urgent relevance to the socioeconomic stability of the country.

He adds that logistics bottlenecks, owing to State-owned rail company Transnet’s inability to meet the needs of the mining sector, as locomotives are limited and, in many instances, struggle to keep to schedule, are very concerning. Additionally, disrup tions to Transnet railway lines, caused by vandalism and cable theft, have also added to the industry’s woes. The export coal line to the Richards Bay Coal Terminal has been underperforming, impacting on coal producers and traders’ ability to meet export demand.

Mkhabela notes that host community unrest not only negatively impacts on mine production but also places existing jobs and investment in new operations, and the jobs created thereby, in jeopardy.

“Community disturbances require a holistic approach from all stakeholders including local government, traditional leadership and officially recognised representatives through the Community Forums.”

He emphasises that the South African mining industry’s goal of zero harm is critical to ensuring the joint success of labour and mines.

“If government provides the mining sector with the support it requires and our stakeholders in labour and the community work together with mines, collaboratively and constructively, all parties and the country have the potential to benefit from the immense opportunities on offer in 2022,” Mkhabela concludes.