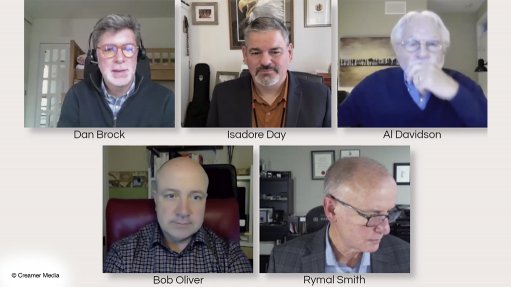 JOHANNESBURG (miningweekly.com) – Mine operators need to take hydrogen and fuel cells very seriously as a pathway to decarbonisation, a webinar hosted by law firm Fasken heard this week.

“The marginal cost of emitting carbon into the atmosphere is rising exponentially,” Oliver said during the discussion covered by Mining Weekly.

Heavy industry, confronted with the prospect of bringing the carbon intensity of their operation to zero, needed all the end uses possible to get to zero, and hydrogen was able to fill the gap left by processes unable to be electrified, said Oliver, who himself drives a hydrogen fuel cell Hyundai Nexo car.

The properties of hydrogen that made it attractive as a pathway to decarbonisation, he said, were that hydrogen was a carbon-free molecule, useable for power, mobility and heat, and able to be stored indefinitely.

Hydrogen could also be burnt for heat, without emitting any carbon dioxide, in addition to fuel cells being able to generate electricity.

Hydrogen production and certain key hydrogen technologies rely on the special catalytic properties of platinum group metals (PGMs), hosted overwhelmingly in South Africa. Widespread use is, in particular, being made of proton exchange membrane (PEM) hydrogen fuel cells, which are catalysed by PGMs.

Fuel cells are electrochemical devices that convert the energy of a chemical reaction directly into electricity, with heat and water as byproducts. Platinum and ruthenium play large roles in hydrogen fuel cells, Unlike batteries, hydrogen fuel cells never "run out", states the International Platinum Group Metals Association. Moreover, green hydrogen is generated with the help of platinum and iridium, another PGM.

Smith reported that he and Davidson had built several hydrogen refuelling stations ahead of his running of the hydrogen village programme for the federal government of Canada.

As part of the hydrogen village programme, 20 major demonstration projects were deployed throughout the greater Toronto area, including five hydrogen vehicle refuelling stations.

“There is the ability to make low-carbon intensity hydrogen in the north and apply it to mines and that’s going to be an improvement over what is now a diesel-centric operation where diesel arrived sometimes by plane sometime in the early days and it’s extraordinarily carbon-intensive,” said Davidson.

Smith added that there were going to be places where it would be easy to make hydrogen and mining operations that were very appropriate for the use of hydrogen.

“It's finding those mixes and developing them, almost on a case-by-case basis to determine what that value proposition is,” said Smith.

During Fasken’s webinar discussion in March, Hydrogen Optimized CEO Andrew T Stuart spoke of all mines having the opportunity to generate their own green electricity, no matter where they were located in the world, owing to the ubiquity of the world’s sun and wind.

In that way, carbon could be removed from the mining process to the greatest possible extent, with the potential for new value to open up for mines from customers wanting green products, said Stuart.

“Some places will be better than other places”, but it really is green electricity anywhere for everyone, Stuart emphasised in outlining the growing customer preference for green production, including green steel from green iron-ore that enables manufacturers to produce green products such as green cars. In addition, the high value application of green hydrogen powering large mining trucks looked, he said, very attractive, with minigrids aggregating electricity that had been installed for the sole purpose of making green hydrogen. “One of the beauties of hydrogen is that you can locally produce it,” said Stuart at the time.

Mining Weekly can interestingly report that Stuart’s electrochemical educational genealogy can be traced back to London’s celebrated electricity and electrochemistry scientist, Michael Faraday, who worked with Sir William Grove, the discoverer of the fuel cell, global demand for which is now growing by leaps and bounds.