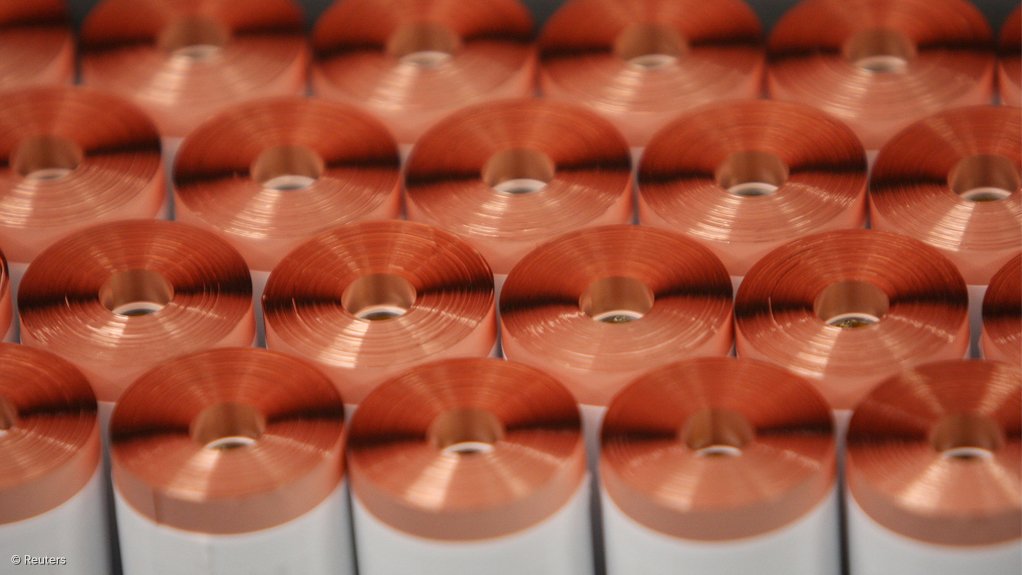 The gigafactory, now being built in Nevada, was designed to meet Tesla’s future battery requirements, either for electric vehicles (EV) or its Powerwall and Powerpack technologies.

“Battery majors, such as LG Chem or Samsung, have all responded with expansion plans for their new plants. Companies like BYD are also building their own battery plants. Boston Power is looking to expand, while Foxconn said they were going to enter battery manufacturing,” Moores stated.

“The megafactory trend is one the battery industry has not seen before. This is not an industry saying it expects to expand by 10% or 20% over the next three years – it’s at an order of magnitude that’s much bigger,” he added.

For those with graphite and lithium interests, either supplying or seeking to supply into the battery chain, these were positive medium- and long-term developments.

HOT STUFF
In North America, the most recognisable brand for EVs had been technology pioneer Tesla, which aimed to introduce a vehicle with a banner price of less than $30 000. Chevrolet had followed suit, developing a new Volt model that it also sought to sell at under $30 000.

In tandem, the number of major companies involved in batteries and EVs had been growing. Moores noted that Google, Apple, Sony, as well as other significant vehicle manufacturers, such as Audi and Mercedes, had entered the space in earnest.

“And these guys are bringing in money and intelligent people. The hottest jobs in Silicon Valley [in California] right now aren’t those at Facebook or trying to get more clicks on a website. Today, it’s about getting a job in the energy-storage space,” Moores said.

Solar energy had marked another area of opportunity for batteries and, through this, lithium and graphite demand. The uptake of solar had risen as the cost a kilowatt hour had fallen significantly over the past two decades. In 1994, the cost stood at around $9/kWh, whereas that figure today stood at $0.36/kWh to $0.38/kWh.

Large lithium-ion batteries could lock-in these price advantages by storing and then releasing power during intermittent periods for solar energy production. In addition, batteries could allow stored energy to be used when energy prices trended higher during peak periods.

Batteries had become increasingly efficient and less costly over the past decade. On a kilowatt-hour basis, batteries stood at around $350/kWh to $400/kWh in 2015, compared with $1 300/kWh in 2005.

HEADING UP STREAM
The market for materials used in the manufacture of batteries was not comparable with more widely known or broadly traded commodities, Moores said. For lithium, demand from batteries became the chief driver from 2009/10 onwards, overtaking traditional demand streams from the glass and ceramics industries.

“Lithium is in shortage at the moment and prices have risen,” Moores said. Excluding Australian hard-rock-mined material, new supply needed to match growing demand, which was far from assured in the short- to medium term. He highlighted several licensing and quota difficulties in Chile as an example of the difficulties to shore-up supplies.

Lithium demand from the battery sector mainly came from stationary storage and not from the megafactories, which were still being built. For example, Tesla was not yet buying lithium or graphite for its gigafactory. Benchmark expected that the company needed its supply requirements to be met from 2018 or 2019 onwards.

In terms of price, lithium carbonate peaked in 2009 at around $5 800/t, before slumping to the $4 000/t to $4 500/t band. “It has slowly increased since, primarily on the basis of limited new supply and continuing strong demand,” Moores stated, noting that lithium carbonate prices were estimated to increase by 10% to 15% this year, while the cost of lithium hydroxide would rise by between 20% and 25%.

GRAPHITE AND GROWTH
The graphite space had witnessed China reduce its capacity as part of a modernisation and consolidation process. In part, this had been an effort to focus on more domestic value-added processing.

“China is the largest graphite producer in the world, accounting for around 60% of flake graphite and up to 85% of natural graphite. But we’re looking at flake because that’s what you need to make battery anodes,” Moores advised.

Flake supply was expected to reach 400 000 t in 2015, while demand would stand at 375 000 t, with prices being tracked downwards. Graphite’s primary end-use had been the steel industry; the pressure it had experienced on weakened demand and a supply overhang had fed into graphite’s pricing.

Battery-grade graphite output had been dominated by Chinese producers, which accounted for about 95% of global capacity, while China and Japan both dominated the battery-grade coating competencies.

The combined effect of growing EV sales, megafactories and the broader demand for stationary batteries, would become ever more apparent and important to lithium and graphite’s supply/demand ratios in the coming months and years.

For the EV sector, Panasonic had estimated a 16.9% compound annual growth rate (CAGR) in revenue for the next ten years. It also believed the stationary battery space would achieve a 74.9% CAGR in revenue.

“So, big challenges are on the horizon for the battery sectors’ raw materials producers to match the growing demand to come,” Moores said.